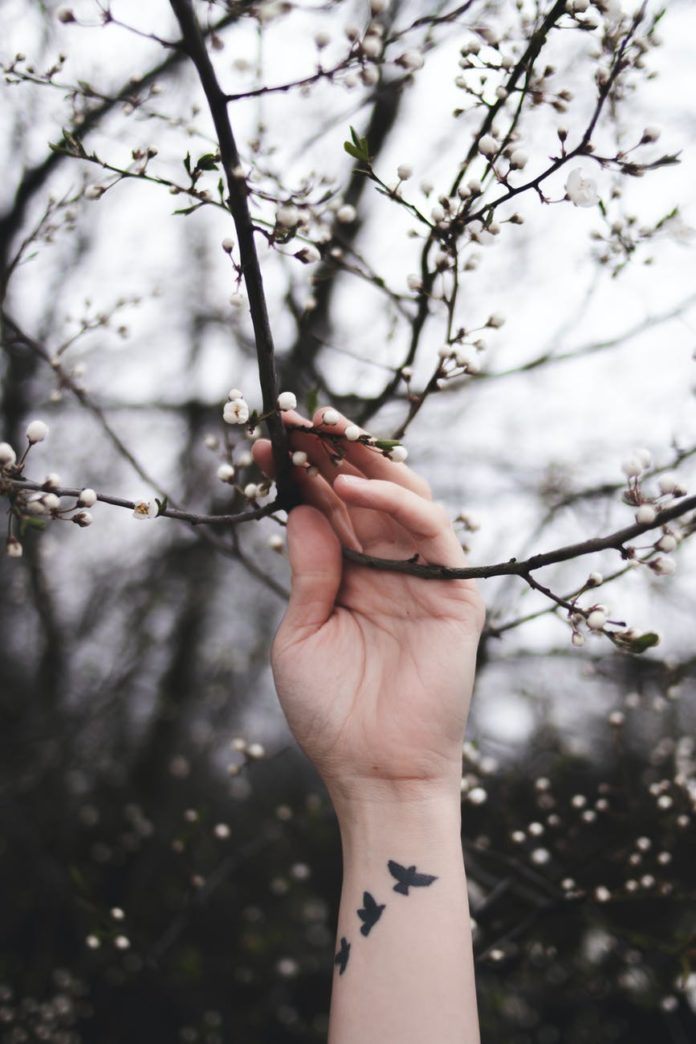 Every tattoo has a different purpose in a person’s life. Some tattoos are simply decorative, adding a style statement, while others have a significant meaning, like a spiritual tattoo and a growth tattoo.

Tattoos had different significance in different cultures of the world. Some tattoos were used to signal the path from childhood to adulthood, others were created to symbolize the important changes in the identity and social status of a person. Some tattoos were also closely related to spiritual beliefs and symbolized personal growth and change.

Growth and new beginnings are celebrated in different cultures since forever. This gives a wide range of choices. However, it is important to choose the right tattoo design that resonates with you.

We have put together a list of growth tattoo to bring you inspiration from different cultures and societies worldwide.

Here we have enlisted some tattoos that symbolize growth and change. Take some inspiration and choose a personal growth tattoo design that holds meaning for you.

Our beautiful nature provides us with many symbols and motifs of renewal and growth. One very popular tattoo motifs inspired by nature is the butterfly tattoos for growth. Transforming from a caterpillar to a delicate butterfly, it is a beautiful sign of new life and growth.

Flying symbolizes freedom and going into new realms to seek life-changing opportunities, Which is why birds are also among popular tattoo choices. Different bird tattoos have different meanings. For instance, the bright red chest of robin stands for the blood of Christ, resurrection, transcendence, and endurance.  Blood is a symbol of new life and the endless cycle of death and birth in various cultures.

Acorn is also simple tattoos that mean growth. You must have heard the saying “Great Oaks from little acorns grow”, meaning small changes in life turn into great things in the future. Dandelion is another seed motif, where the flower dies, but the seed head lives. These tiny seeds are blown by the wind to place, where they thrive to grow in challenging conditions.

These tiny seeds represent new beginnings and possibilities. The iris, daffodils, and purple tulip are a sign of revival after the harsh winters. The narcissus is a symbol of the new year in Iran, where lotus represents the inner potential in Hinduism.

There are other natural nonliving elements, which are also a popular renewal and growth tattoos. The rising sun represents a new start and a new dawn like the sunflowers. Moon and shooting stars are also signs of progress, change, and moving towards a better place.

Ocean waves have a similar meaning in terms of moving forward and change. The waves rise in the ocean and gather all their force to move towards the shore, representing positive movement and life progress.

Similarly, the rainbow holds various meanings. A rainbow is a sign of change and positivity. A rainbow is seen as a bridge between the sky and earth in many religions. It is a symbol of growth and progress towards a higher level.

Different world cultures have created their own unique symbols and tattoos that mean growth. These motifs and symbols are universally popular and have the magical ability to transform the person spiritually.

One of the oldest signs from prehistoric art is the creatures known as “therianthropes.” These creatures have the features of both humans and animals.

The phoenix is a very popular symbol of positive change. In Roman and Greek mythology, the phoenix bird was considered a symbol of rebirth.

Ouroboros, a dragon-like creature eating its tail, is another motif symbolizing renewal. Reptiles, especially snakes, are considered a connotation of regeneration or a new beginning because they shed the skin and emerge new.

The tree of life is an ancient symbol along with Norse, Celtic, and oriental cultures. Trees hold different meanings and are a popular growth tattoo. These are strong and long-lived, symbolizing rebirth, growth, and eternity.  The tall trees rooted deep into the earth and reaching high for the sky denote high aspirations. Trees are also linked to deep knowledge in Judeo-Christian traditions representing spiritual growth and personal advancement.

There is a fifteen-year-old Celtic alphabet resembles to “T” is from ogham. It is known as Beith, meaning the birch tree, which stands for renewal and growth.

One of the most beautiful growth tattoo motifs in “irezumi” is sakura or cherry blossoms. The tree symbolizes growth and change, as it bursts into delicate flowers during spring.

In the older times, these were thought of as mountain gods transformed into rice paddies gods signifying agricultural abundance.

This symbol is associated with the first day in school during modern times, marking the beginning of new learning, self-improvement, and knowledge.

Carp fish is a prominent tattoo about growth in Japanese lore. It is a symbol of prosperity and good luck, hardy koi also represents perseverance, endurance, transformation, and fighting obstacles. There is a very old story behind the koi; it goes like this:

The koi fish were swimming against the river current. Many of them failed, but that one koi that persisted reached its destination and was rewarded by the gods by getting turned into a golden dragon. This is why lotus flowers or dragon tattoos often accompany koi tattoos, to emphasize the transformation.

Similar to flowers and mythological creatures, geometric and abstract designs are among the popular tattoos that represent growth. That designs are not only visually attractive but also hold deep meaning in terms of personal growth tattoos. There are numerous abstract signs as tattoos from eastern religions and cultures symbolizing growth and change ina person’s spiritual enlightenment.

Some of the best-known symbols and signs are drawn from Buddhism. Buddhists believe in the idea of the Eight-fold Noble path leading to nirvana and getting you close to the end of all sufferings. One symbol from Buddhism is the Dharma Wheel; it resembles a ship or boat’s steering wheel. The spokes of these wheels are a symbol of the Eigh principle of the Noble path and strength to face the difficulties in life and how to let go of the past and focus on the present. This is what makes the Buddhist sign a popular tattoo choice for change and personal growth.

Spiral pattern tattoos also have similar meanings. Spiral is a sign of movement and is often linked to positivity. You can many various spiral designs carved onto the buildings and rocks thousands of years ago. Spiral is a symbol of the highest form of consciousness among the Hopi tribe in Arizona.

A very popular spiral design is triskele or triskelion, a triple spiral design.  This is the oldest example of a spiral pattern dating back to 6 thousand tears ago found in Ireland and malta. The Celtic culture believes that Triskelion is known to represent understanding and to evoke a cycle of death, rebirth, and life. Buddhists also believe that spiral symbolizes struggles that you need to overcome to find nirvana.

Spiral design tattoos about growth come from the Maori culture in New Zealand. It is known as Koru, meaning loop or coil. The design is derived from the tightly curled leaf of silver ferns until it forms huge fronds. In Maori tradition, the spiral represents potential growth, movement, and new life.

There are plenty of symbols for growth and change because celebrating a new beginning is a part of human life. Changes are a constant part of everyone’s life. Archetypal designs and ancient motifs with deep spiritual meanings are the ideal choices for a tattoo. Your tattoo will be a constant reminder of the journey you have embarked and will be an inspiration for growth and will keep you motivated to move with all your strength.