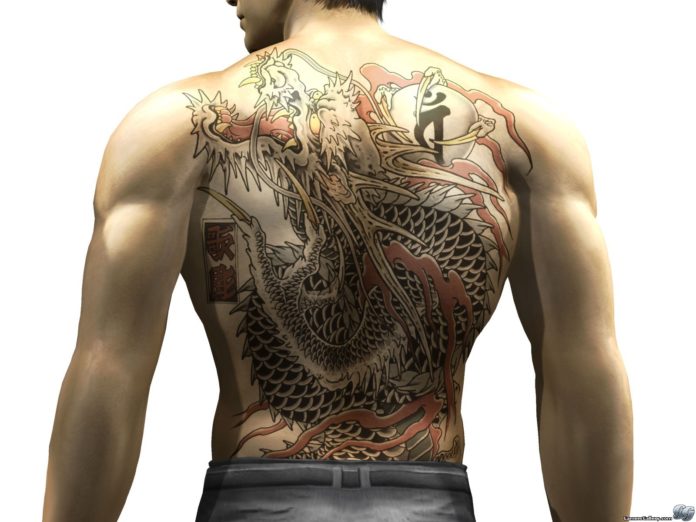 When it comes to getting a tattoo, every person has their own preferences, and charisma and this is more true in the case of a Yakuza tattoo.

Japanese Yakuza tattoo known as irezumi is a symbolic representation of the organized criminal gangs in Japan. Yakuza tattoo is a representation of the complicated Japanese culture that has been in existence for more than 12,000 years now. One cannot deny the fact that this unconventional ritual influences people all over the globe so much that people have started getting similar tattoos.

In this post, we have discussed popular Japanese Yakuza tattoo symbols, their meanings, and significance.

The History of Japanese Yakuza GangTattoo

The history of Japanese Yakuza tattoos dates back to the 17th century. Underclassmen who used to sell drugs, stolen items, or do gambling started to form a group called ninkyō dantai. Many of these men went to prison, where they started getting tattoos to be identified as a particular group member. Yakuza members started incorporating tattoo art into the group’s traditions and customs, creating new tattoos as status symbols. Earlier, people refrain from getting any type of tattoo as it was linked to criminals.

Gang members started modifying their bodies as a form of Yakuza traditions using tattoo designs known as irezumi. They wore this symbolic image to identify themselves as Yakuza members. The irezumi suit is a way of representing determination and courage by the yakuza gang members. Also, being able to afford the irezumi suit’s cost is a symbol of a Yakuza member’s successful business pursuits.

Below we have listed the popular elements and symbols of any Yakuza tattoo you will ever come across.

Dragons have a different perception in Japan as compared to the West. In Japan, dragons are believed to be the protectors of humans. A yakuza dragon tattoo is a symbol of strength, bravery, and wisdom. Black Yakuza dragon tattoo has two meanings: wisdom and experience. The green dragon is associated with nature, whereas the gold dragon symbolizes virtues and value. Blue dragons are forgiving, gentle, and benevolent, and yellow dragons make a noble companion.

In addition to symbolic dragon colors, Japanese culture has six variants of a dragon, namely Sui, Ri, Ka, Han, Fuku, and Hai. These are written as Ri-Ryu, where Ryu stands for a dragon. Every dragon variant has its own meaning, as Sui stands for the king of dragons while Ri has an extraordinary vision.

Phoenix is a mythical Japanese bird that reborn from its own ashes after being consumed by fire. A Japanese phoenix yakuza tattoo is a symbol of ardor, victory, and resurrection. This mythical bird was introduced in Japanese culture from China.

Yakuza snake tattoo has several symbolic meanings in Japanese culture. It is considered a symbol of good health and the embodiment of regenerative power. Snakes are also associated with divination, knowledge, and cosmic powers in Japanese legends. They are also known to represent female traits and can evade bad luck and illness.

Samurai tattoos are a symbol of precisely, Bushido, do bushi (the way of the warrior). This code represents bravery, honor, proper execution, and integrity. A samurai tattoo is deeply rooted in Confucian and Buddhist principles. Yakuza people embrace varied principles of the Bushido in the tattoo and acknowledge themselves as guardians of ancient Japanese tradition. However, as per the historical evidence, Yakuza was the enemy of Samurai, and both did not share a good relationship. Later, when Samurai were included in the society during the Meiji and Edo periods, some of them got linked with Yakuza and got a samurai tattoo as a mark of legacy and identification.

Cherry blossom trees are found in Japan and are an important part of the Japanese culture, and are also popular tattoo symbols. Their short lifespan and evanescent nature are a symbol of the life cycle. As the sakura falls from the tree and lands on the ground, it is disseminated by rainfall, breeze and before you know it, it vanishes forever.

Every year Japan organizes a flower viewing event as a celebration of life in which people do a little get-together, have drinks while enjoying the sakura spring. Sakura symbolizes a beautiful and colorful life passing by. This is the reason why Yakuza tattoo designs incorporate sakura symbols.

Oni is a fiend or ogre that doles out penalties onto the sinister. They are terrifying and massive-looking creatures painted in blue or red skin with messy white hair and fangs. Oni operates extensive spiked clubs and can transform into anyone who causes insanity, disease, and even death. They feed on human flesh, which is why the Oni mask Yakuza tattoo represents the end of behavior and disciplinary principles.

Oni is considered the reincarnation of malicious people who intimidate villages and breed social degeneration, which represents a Yakuza lifestyle.

As Japanese tattoo symbols, a tiger (tora) is known to protect the people from illness, devils, and bad fate. In Japanese folklore, Tora marks the fall season and restricts the wind. It is also a symbol of tenacity and bravery.

In Japan, Foo dogs, also known as the Lions of Buddha, are known as the protectors of Buddha stupa. If you have ever visited a Japanese temple, you must have definitely seen food dogs in pairs at the gate of the temple. They are also called Komainu. This is actually a lion but gets the name dog due to its similarity in appearance. Foo dogs are a popular Yakuza tattoo symbol and represent protection against all failures and perils.

Namakubi is ahead tattoo soaked in blood, which symbolizes strength, fearlessness, and also an admiration for the opponent. This can also be acknowledged as a signal “Don’t mess with me” when there are several Namakubi on the body. This symbol is rooted in the samurai culture of headhunting during the battles.

Botan or a peony a japanese flower tattoo represents dignity, abundance, and accomplishment. Contrary to its appearance and feminine grace, a peony flower is known as the King of Flowers in Japan. It represents a nonchalant and masculine attitude. You can see peony flowers in various Japanese yakuza tattoo designs.

In Japan, Chrysanthemum is used to represent the Imperial family. It is considered a royal flower with the petals scattering out like flames. The flower’s core represents an emperor’s social rank, and when included in a tattoo design, it represents satisfaction and durability. Chrysanthemum designs are usually paired along with a yakuza dragon tattoo.

Maple leaves are known as Momiji in Japan, and they represent the passage of time. In the Yakuza tattoo, a maple is drawn with leaves intertwined in drifting water or breeze, illustrating how people are caught in the flow of time. Also, maple tree leaves changing with seasons depict the sequence of life.

The Lotus flower is closely linked to Buddhism. In Japanese culture, the Lotus flower signifies the pain of life in the entire journey before it reaches its complete potential. These flowers emerge on the floor of the pond and slowly grow up to bloom beautifully. A blossoming lotus tattoo is a symbol of spiritual revival and also represents the metaphorical ride of life to reach the ultimate existence.

Similar to a Koi fish, a shark tattoo also has great significance in Japan. The shark is a water animal that is a symbol of strength, valor, and passion.

In the majority of cultures around the world, a skull tattoo is often associated with morose intentions like ill-fortune, crisis, and destruction. On the contrary, in Japanese culture, a skull is a symbol of a positive life cycle depiction. In traditional Japanese culture, skull tattoos represent development, one of the greatest advances a human can undergo.

Similar to the Oni mask design, Hannya masks are incubi. The only difference is that the Hannya mask is a feminine representation of brute.

In a Japanese Yakuza tattoo, Koi and Samurai are the symbols of fortune and strength. These are popularly paired together in Yakuza tattoo designs.

Samurai is the most disciplined and high-class combatants in Japan whose sole purpose in life is to protect the people of their territory and culture. The samurais are trained thoroughly in martial arts and are identified as extreme human beings with essential combat abilities.

In Japan, Yakuza and tattoos go hand in hand. Not every gangster has a tattoo on his body, and not every person with a tattoo is identified as a gangster, but the Yakuza started the pop culture of full-body tattoos.

Yakuza tattoos are deeply symbolic, representing ancient Japanese culture and history in a different way. Yakuza tattoo designs have inspired people all over the world. Nowadays, people love to get similar tattoos without being associated with any gang.

If you found this article helpful and informative, do not forget to leave a comment below.