Home Tattoo Tribal Tattoos Styles: All You Need to Know About Them
Twitter
Tumblr
Email 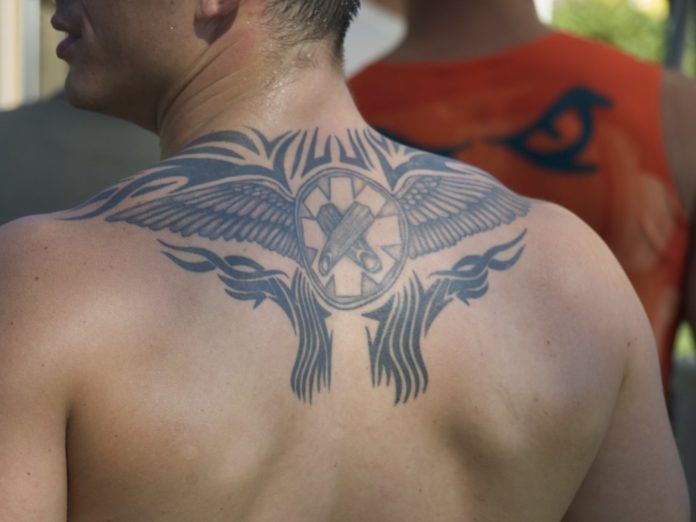 If you are interested in getting one of them, then the following article is meant for you. From the meanings to their designs, you will get to know each and everything about Tribal Tattoos.

Tribal tattoos depict the tribe of the person. They are unique and eye-catching. Tribal tattoos have long going histories. Many of the modern tattoos are derived from tribal culture. Sacrificing and tattooing both were extremely important in the earlier era.

Tribal tattoos are unique tattoo ideas and have great significance in the cultures of human society in earlier history. But still, some people want to get this tattoo apart from just their cultural meaning. So here are the meanings of these tattoos.

The Need for Getting a Tribal Tattoo

Well, the reason behind getting a tribal tattoo is essential to know. The monochromatic look of these tattoos makes them good for getting inked. They are inked with black or dark blue color. At the same time, the tribal design tattoos vary in thousands. Their inking on a larger area of the body makes them more eye-catching and attractive.

If you are a true WWE fan, then you might have seen “The Rock” or Dwayne Johnson. He is a proud Samoan man, and he reveals that thing by the tattoo on his chest. His tattoo has depicted the culture he belongs to. We can also say that this tattoo saves the pride of his tribe. The tribal forearm tattoo is also quite famous for its classic looking.

Tribal tattoos are not limited to their cultural significance. They might carry a philosophical sense behind their design.

The tattoo artist who doesn’t understand the tribal tattoos’ significance can never draw a tribal tattoo with perfection. In earlier days, people used to get inked with the help of sticks. Modern technologies and culture have brought some easy tools which help a person in getting inked.

Some of the most significant tribal tattoos are as follows:

Commonly they used to get the design of sea turtles, the sun, palm trees, stars, and the sea in the form of tattoos, which are a part of the Hawaiian culture. Black ink is mainly used for tribal tattoos.

The New Zealand country carries the Maori culture. These tribal tattoos are quite famous for their geometrical shapes and swirling lines. Which further forms organic ornamentation. Storytelling via these tattoos is extremely deep and touchy to the people of their own culture.

These tattoos depict the story of people, their families, their achievements, and their skills.

They are quite famous for their facial designs, but that doesn’t mean that all of the Maori tattoos are for the faces. Shoulders, chest, and arms are also common places where they find a quiet, comfortable, and attractive place for themselves.

Their appealing nature attracts everyone who sees them. They depict the strength, struggle, courage, and ethics of the African culture. Bravery and personal strength are the key features of African tribal people.

The Amazonian rainforest is the largest forest in the world. Tribal people living in the areas have extensively practiced tattoo art. Kayabi tattoo masters of Brazil are still practicing the ancient inking. The tattoo of a jaguar in kayabi depicts the power and spirit of the animal.

Not only jaguar, but there are many other animals too which the south American art of tattoo design inks. These animals were important in the war tattoo. Their death in war can never get in vain as per the South American tribal people.

Jaguar is popular even in the modern era. Thus, the South American tattoo art has given a lot to the modern tattoo era.

Celtic warriors are extremely well known for their bravery on the battlefield. They used to be blue on the battlefield. No, it was not the color of their blood, but it was their uniform color. They are also important to tattoo artists of the modern era because of their tribal tattoo designs.

A Celtic tribal dragon tattoo is also quite famous for its unique design and strength.

Many of the tattoo studios have different catalogs of Celtic designs, which proves how important this tribal tattoo is.

Indian tattoos depict the mythological facts, mantras, gods, and Hindu pantheon. They are very similar in the display to the African tattoos. There is a wide range of designs and colors of Indian tattoos. It is the reason which makes them one of the most unique, special, and eye-catching tribal tattoos in the world.

They look extremely attractive to the large area of the body. Such as the back, arms, chest, and shoulders.

You might have noticed some of the very serious tattoos on the body of some of the actors in the Mexican movies. That art of seriousness is a part of the Mexican tribal tattoos.

Skulls, ziggurats, temples, hands, tongues, or some ancient gods’ images are some shapes constituted in this art.

There is an extreme level of creativity and independence in the Mexican tribal tattoo art.

Sea and islands, Yes, this is the specialty of the Polynesian tattoo art. Having over 1000 islands, Polynesia is known to be one of the most famous places for islands. Samoan tattoos are also a part of Polynesian tribal tattoos, but they are effectively marked in different styles.

They use black ink, which provides a different and astonishing look to the tattoo. Their style of leaving plenty of negative spaces between tattoo art is just outstanding. Their geometric shapes are widely known all over the globe. You might find them somehow similar to the African and Hawaiian tribal tattoos, but let me tell you that they are seriously different and unique in their way. On the other hand, filipino tribal tattoos are well known for their pride and bravery.

You can also go for a tribal lion tattoo, which depicts bravery and leadership. I hope you liked this article on tribal tattoos. If you think of getting one, then don’t give it a second thought until and unless you have plans where such art is restricted. And don’t forget to write your review in the comment section.