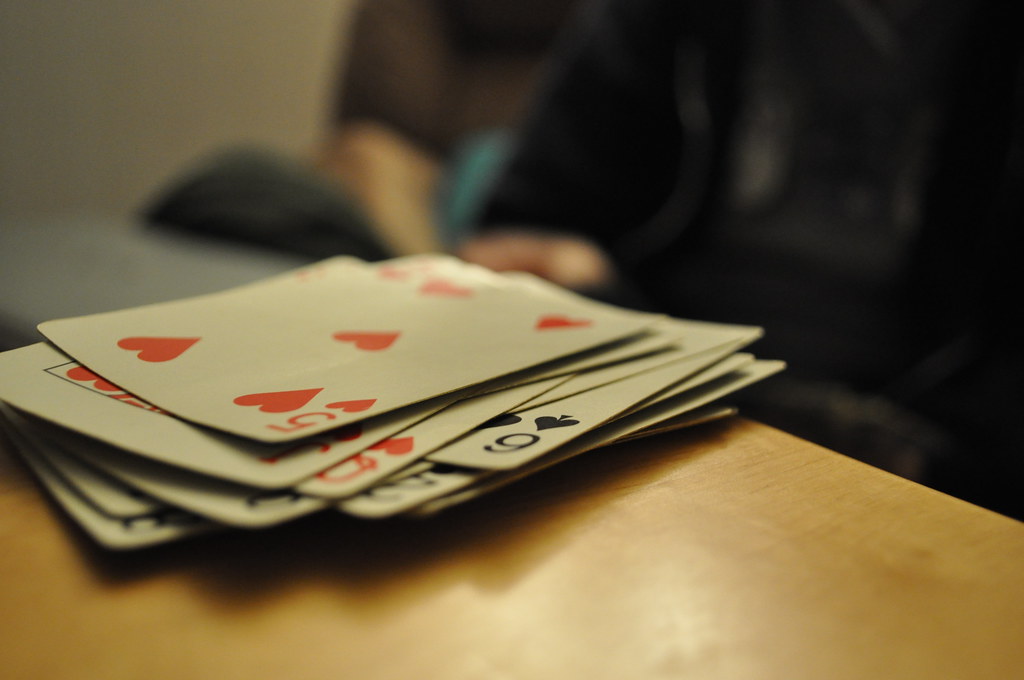 Pyramid Solitaire is popularly known as Pile of 28 and Solitaire 13 and in one of the top card games solitaire. The game has simple rules and requires only a few minutes in order to play each hand.

In order to create the set-up of this game, you need to arrange 28 cards facing up in the shape of a pyramid containing seven levels. The main intent of this game is to form pairs with an integrated value of thirteen points and then remove all the cards from the pyramid. You can form a pair in different ways like you can make a pair by pairing a card present in the pyramid with another card that is pulled from the drawn pile, or you can form a pair by two exposed cards present in the pyramid. The point scheme of the game includes assigning 13 point value to the king, 12 to the queen, 11 to jack, and 1 point to the ace. Face value is used to score the remaining cards.

It is one of the most famous versions of card games solitaire that are played at the present time. The game is also known by the name fascination and demon patience. Klondike is sometimes mistakenly referred to as cainfield.

The set-up of Klondike solitaire includes arranging cards to form a tableau of seven columns on the table. The top card is placed facing up, and the remaining cards are arranged in the form of a draw pile.

The main intent of the game is to move 52 cards into stacks of four suit-specific foundations that are present above the tableau. You need to begin the game with the ace. In the game, as cards are turned up from the pile or exposed in the tableau, you can move them to the foundation stacks following an ascending order.

The name of the game is associated with the fact that the lower the score, the better the player has done. There is no other connection to this game with real golf.

In order to create the set-up of the game, you need to arrange 35 cards in a row to form a tableau of faced up cards. The other 17 cards are used to form a draw pile.

The main intent of the game is to remove 35 cards in order to discard the pile. You are allowed to join the removed card to the last-placed card present in the discard pile only if the card is 1 pint below or above the value of the currently placed card.

This is another famous single-player card game. The set-up of Canfield solitaire includes arranging thirteen cards in a reserve pile, arranging four cards containing the same value as start or the foundation of four piles, and arranging four cards below the plies that are present in foundations in order to form the tableau. The remaining cards are used to create the draw pile.

Like the other solitaire card games, the main aim of this game is to move all the cards to the stacks that are present in the foundation.

This is a twenty-minute game that renders a wide range of choices to the player. The set-up of this game includes dealing with the entire deck into the upper and the lower tableau rows containing four piles each. You need to leave space between the tableau rows in order to build the foundation stack. The foundation is created in descending or ascending order with the exposure of playable cards in the tableau stack.

Yukon solitaire is similar to the Klondike solitaire, the only difference is associated with the ability to move cards, and all cards in this game are dealt in the beginning.

In Klondike, the intent is to move all the cards into foundation piles, and you need to start with the aces.

The set-up in Yukon solitaire begins like the Klondike; however, in place of the draw pile, all the other cards face-up are dealt onto the tableau. After dealing with all the cards, the game starts, and as the cards are exposed, they are moved to initiate the foundation stacks.

Accordion Solitaire is quite a challenging game to win. Nevertheless, it renders a wide range of opportunities for the players to make tactical choices.

The set-up of the game includes laying 52 cards in a single row. For more efficient space, you can break the row into three separate rows.

The main intent of the game is to compress the complete deck into a single stack of 52 cards by means of moving cards according to the rules.

Now that you know the rules of top solitaire games, you can enjoy these games when you are alone. You can also play solitaire online, and if you are looking for free solitaire games, then there are varied sites where you can play them free.