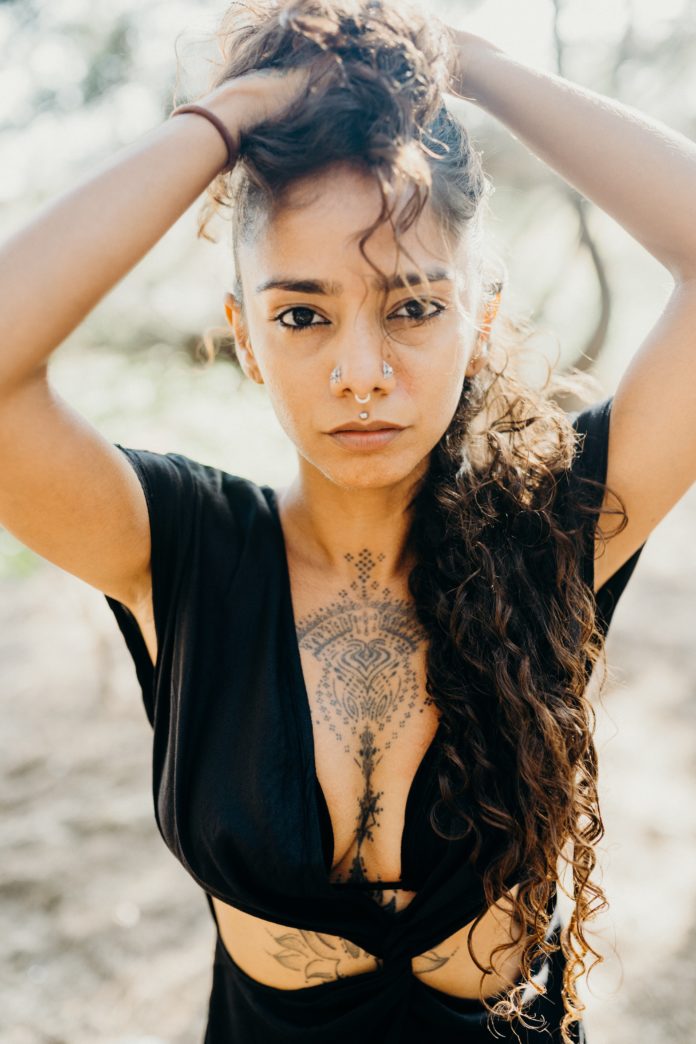 Are you a spiritual person? Do you like self-care, yoga, and meditation? Or are you a person who likes to flaunt their faith? If the answer to any of the questions is yes, then the spiritual tattoos are for you.

A tattoo is a great body art that you can use to astonishingly express your spirituality without even uttering a word. Many spiritual symbols can be easily turned into some prepossessing gorgeous body art. For this reason, spiritual tattoos are getting more and more popular among folks who love to flaunt their faith.

In the article, we will tell you about some of the best spiritual tattoo ideas which you can get. The tattoos which we have put together in the article are also some most astonishingly beautiful body art pieces.

What Are Spiritual Symbols?

Before we move on to the tattoo designs, let’s talk about the spiritual symbols and what they symbolize.

The spiritual symbols are signs with specific meanings and represent some particular things or religion. Some are more popular among the folks out of many symbols, and their meaning is also widely known. One thing to know about these tattoo designs is that each of them carries special energy. So if you are someone who believes in a higher power, then get these special tattoos.

Which Are The Most Powerful Spiritual Tattoos?

The most popular tattoo among the spiritual symbols is the hamsa hand and om. These tattoo designs are also some of the most expressive and meaningful.

The om tattoo symbolizes serenity, mindfulness, positivity and is known to be the sound of creation. It is a powerful tattoo that you can get to signify inner peace and oneness with the higher being.

The hamsa hand depicts a palm-shaped amulet that has an eye in the middle. This symbol is popular among various cultures for its meaning. It is beloved that hamsa hand wards off the evil thoughts and spirits. This tattoo is also an eye-catching piece of body art for someone who wants to keep negativity out of their life.

The cross is a symbol of Jesus and thus popular among the people of the Christian faith. This tattoo signifies the belief in a higher being and shows the religious belief of a person.

The cross tattoo is also a symbol of protection, and thus, people wear it for protection against negativity. For some people, a cross tattoo also signifies that a person can rise above the materialistic things to attain knowledge and salvation.

The lotus flower tattoo design is very attractive. Other than beauty, it also has various spiritual meanings.

One of the things which a lotus tattoo signifies is enlightenment as the lotus flower blooms in swampy conditions. This means that the wearer is a high spirit person who can overcome from darkest hours. The lotus spiritual tattoos also symbolize that there is always light, even in dark times.

The Buddha tattoo is a symbol of serenity, peace, and mindfulness and thus a perfect body art with meaning. Other than this, a Buddha tattoo can also be a picturesque piece if you are someone who appreciates nature and doesn’t believe in materialistic things. Overall, such spiritual tattoo ideas are meaningful and eye catching at the same time, which is another reason to get it.

Om is the sound of the universe and creation according to belief. The sign of om is a sign from Hinduism and signifies various things. The power of om is so much that it is common in sound in yoga classes.

However, it is a powerful symbol and carries more meaning and energy than most people know. According to belief, if a person uses om sound properly, it can help in transporting them into a meditative and serene state. For all these reasons, the om tattoo is a reminder that a person can have peace even in the darkest times and overcome hard situations.

Although the sign of in om tattoo is often associated with Hinduism, it is a universal sign of peace and serenity. So you can get it to express your oneness with the universe.

However, if you want spiritual tattoos that are ravishingly beautiful and meaningful at the same time, then it is for you. Although there are various shapes and designs of the mandala tattoo, one common thing between them you will find is their geometrical lines.

Mandala tattoo symbolizes the balance of life and peace, which is a reason why people love this tattoo.

The evil eye tattoo is a fascinating design that is believed to protect the wearer against bad luck and evil. What’s more amazing is that it is like an amulet against those who think ill of you.

Evil eye tattoo is also some of the most artistic spiritual tattoos which you can get to stand out of the crowd.

If you know even a little about Hinduism or India, you must be aware of the Ganesha. You can easily recognize Ganesha from his elephant head. He is one of the most popular gods among the Hindus who signifies progress, science, and knowledge.

What’s more, is that the Ganesha tattoo means the wearer values wisdom and intellectuality.

One of the most eye-catching versions of the spiritual tattoos come in the form of some sacred geometry. Yes, you read that right, the geometric tattoo design also includes the spiritual ones.

The meaning of the geometric tattoo ideas depends on the symbol you choose for yourself. So there are no boundations on meanings and design in these spiritual tattoos.

However, in general, it symbolizes eternity, wisdom, and strength. Moreover, the tree of life tattoo is for a person who is strong enough to withstand even a storm and is deeply rooted. This is a perfect symbol if you are a strong woman who is deeply rooted and can face anything for her rights.

Other than the spiritual meaning, the tree of life is also an eye-catching option if you want to express love for the environment.

These circles known by the name of chakra are vital in a spiritual sense. What’s interesting is that there are various teachings on how a person can unlock their various chakras. Thus chakra tattoo is a meaningful and amazing body art you can get.

These are the seven important chakras of life that these spiritual tattoo ideas express.

Spiritual tattoos are among the best artistic tattoo ideas that a person can get if they want something meaningful to express their faith and qualities.

Some of the most popular spiritual tattoos are om, tree of life, buddha, mandala, cross, and geometrical tattoo designs.