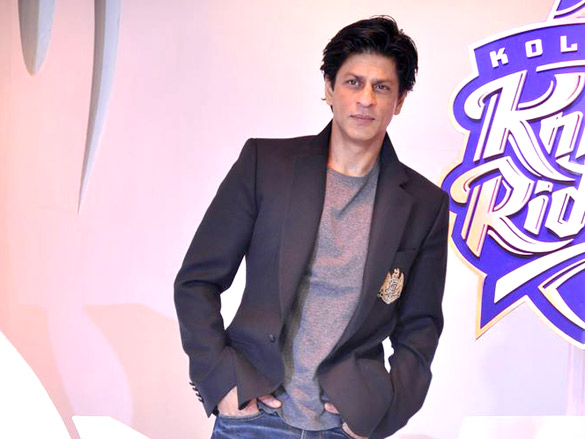 Shahrukh Khan, also known as SRK, is a popular Indian actor, film producer, and television personality. He is one of the most iconic actors in Bollywood. Apart from being an actor, he is also one of the most brilliant businessmen.

The fan following of Shahrukh Khan is not limited to India. People are crazy about him, and he rules their hearts. He has fans across the globe, particularly in Australia, Russia, Canada, Germany, and the Middle East.

How much is Shahrukh Khan net worth? Shahrukh Khan is an Indian actor and has appeared in more than 80 Bollywood movies. King khan has earned various accolades and awards, including 14 Filmfare Awards.

Like other popular actors such as Tom Hardy, Tom Cruise, Will Smith, and Ryan Reynolds, Shahrukh khan also has a remarkable fan following. As of 2020, Shahrukh Khan net worth is $600 million making him one of the richest actors on the planet.

King khan was born on November 2, 1965, in New Delhi to Lateef Fatima in Meer Taj Mohammed. Shahrukh’s father had various business ventures and a restaurant. He belongs to a middle-class family, and his family lived in a rented apartment.

Khan did his schooling at St. Columba’s School, where he excelled in hockey and football. He wanted to continue his career in sports, but due to a serious shoulder injury, he had to quit playing. He started acting in stage plays and received remarkable appreciation for his acts in theaters.

King khan got his B.A. degree in Economics from Hansraj College. While pursuing his graduation, he spent most of his time at Theatre Action Group (TAG) in Delhi. There he started studying acting under a famous theatre actor Barry John.

After joining the Jamia Millia Islamia University, Khan decided to drop out to continue his career in acting. Shahrukh’s father died in 1981from cancer, and his mother passed away in 1991 from diabetes.

Initially, during the 1990s, Khan was popular for playing villains as he did in Bazigar, Darr, and Anjaam. In 1995, Khan played the role of the romantic lead in “Dilwale Dulhania Le Jayenge,” and this movie was a big hit. It changed his life and made a remarkable contribution to SRK net worth. In addition to this, the movie remarkably increased Khan’s fan following.

After Dilwale Dulhania Le Jayenge, Khan acted as the romantic lead in many movies like Dil to Pagal Hai, Kuch Kuch Hota Hai, Mohabbatein, and Kabhi Khushi Kabhi Gam. These movies made SRK one of the most romantic actors in Bollywood.

In 2008, Shahrukh Khan performed as lead actor in the movie “Rab Ne Bana di Jodi” for which he received remarkable attention. In 2010, he did the movie “My Name is Khan, “and it was a big hit. It is one of the best movies of Shahrukh’s career. The movie broke various box office records not only in India but also overseas.

The philanthropic endeavors of king khan focus on disaster relief and health care. In 2011, he received the Pyramide con Marni award from UNESCO for supporting children’s education. Moreover, in 2018, he was honored with the Crystal Award by the World Economic Forum for his leadership in championing children’s and women’s rights in India.

Shahrukh Khan regularly features in the listing of popular and most influential people in India. In 2008, he was named one of the fifty most powerful people in the world by Newsweek. Moreover, in 2011, the Los Angeles Times called Shahrukh “the biggest movie start you have never heard of… perhaps the world’s biggest movie star, period.” (Source)

In a world where movies are a way of entertainment, Shahrukh delights his fans with comedy, action, romance, and sometimes all in one movie. This is the reason he is King of Bollywood.

Shahrukh Khan is one of the richest actors in the world. King Khan and his wife Gauri own a 26,328 square foot home called Mannat in Mumbai. They purchased this home in 2001. It is a beautiful six-story home facing the Arabian Sea. The property valuation of Mannat is more than $20 million.

Shahrukh also has a villa in Palm Jumeirah, Dubai, UAE. This beautiful villa contains a gym, a spa, and an amazing view of the sea. In addition to this, Khan also has homes in London and New Delhi.

Shahrukh Khan is not only famous but also one of the richest actors in the world. He is a leading star in Bollywood and is an amazing actor. Khan started his career in theater, and at present, he is a romantic icon of Indian cinema. He is also known as “King of Bollywood” and “King Khan.”

If you find the information on Shahrukh Khan net worth, early life, and career interesting, drop a comment.