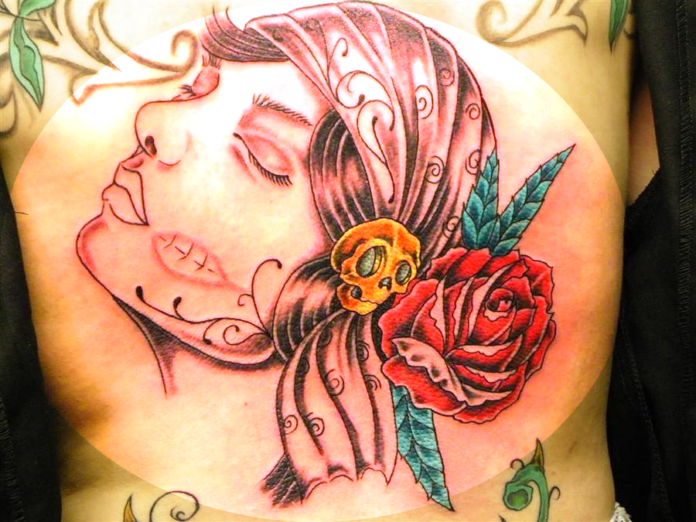 Gypsy tattoo ideas are quite popular among women for their bold, colorful, and attractive designs. The best thing about a traditional gypsy tattoo is that it brings forward creativity during conceptualization.

Gypsies have been linked to mysterious and exotic, mostly because people do not know much about these people. In this article, we will talk about what is a gypsy and its brief history. We will also explain the gypsy tattoo meaning, variation, and importance to the people.

What Is a Gypsy?

Gypsy is a collective term used to define a group of people who find ways of living outside the conventional means. Over the past 600 years, the gypsy definition has varied a lot. Earlier people used to define Gypsy as a nomadic group using their intelligence and creativity to survive. Today, the term gypsy refers to people who are a member of itinerant people from North Africa, Europe, and America who speak Romany and make a living with seasonal trade, work, and even fortunetelling.

The reason behind the color and creative gypsy Tattoo lies in the meaning 0f this term. Gypsy tattoos mostly feature female characters, but they are considered unisex designs because of the varied meanings associated with these tattoos.

Gypsy term is synonymous with traveler because of the nomadic lifestyle. Some people also get gypsy tattoos because they resonated with their laidback nomadic lifestyle. These tattoos signify that they like to do things their way and value their time.

The origin of gypsies lies in India and despairing into Europe and Western Asia. Gypsy tattoos can be found in almost every part of the world because they hold special meaning everywhere. The gypsy tattoo design and meaning can be different depending on the country.

Gypsies or the Romani people have a very rich history and various sub-groups in nearly every part of Europe. People who belong to Romani heritage often have a traditional gypsy tattoo depicting iconic pictures of their family history. You can see various pictures of the relatives or places that are special to the family in some way.

Gypsy was associated with Bohemia due to the emergence of many French gypsies in the province of Bohemia. Bohemians are identified as eccentric individuals living unconventional lifestyles. These people do what makes them happy and live in their own element.

The mixture of various histories has painted the Gypsie as free-spirited, traveling masses of the society. Numerous people love the hippy lifestyle, and the best way to show that is by getting a gypsy tattoo.

The roaming and wandering way of living life gives the Gypsy an adventurous life that is both bold and fearless. A gypsy tattoo image can be created in many ways involving colors and patterns to signify lifestyle adaptability and disorder.

A most common design is a gypsy woman tattoo with a headdress adorned with flowers and beads in various colors. The woman in the Tattoo wears big jewelry, including hooped earrings and necklaces. Gypsy soul tattoos symbolize nomadic and undomesticated people with strong bonds to their clan. These people are fiercely independent. Gypsy tattoos can be a perfect pick for people who share gypsy roots and are proud of their heritage.

A Gypsy tattoo has a deep symbolic meaning and is of great importance to men and women who wear them. Every person can have their own interpretation of the Tattoo, but here we have listed some common associations of gypsy tattoos.

Magic, spells, and rituals were the way of living life for the early gypsies, who were known to have wonderful knowledge about the power of elements and nature. These people were believed in living every single day as if it were your last. A gypsy tattoo can also be a motivational reminder of this fact.

Traditional gypsy tattoos also serve as a symbol of female power. Gypsies have always been viewed as strong, independent women who are down-to-earth. If this resonates with your independent and strong personality, these designs will be well-suited for you.

The best thing about gypsy woman tattoos is that you can be experimental and have designed, play with various colors, adornments, and elements surrounding her. However, you need to follow a few mandatory rules if you want a traditional gypsy tattoo, the old school way.

First, a traditional gypsy tattoo has a woman with black hair, heavy makeup with a lot of emphasis on the lips and eyes. She usually wears feathers, a veil, roses, and different jewels on her head. Gypsy woman tattoo is mostly accompanied with crystal balls in various designs, but you can be creative and make a unique design.

Below we have mentioned some unique and popular Gypsy tattoo ideas.

Fortunetelling, divination, or soothsaying these all terms mean one thing, i.e., foresight into the future. A gypsy woman is believed to have the power to gaze into a person and see all the hidden secrets, upcoming future events, and the mysterious past. If you are blessed with the gift of prediction, intuition, and a sense of divination, this tattoo design will be perfect for you.

Gypsy skull tattoo is a popular fusion of the two loved feminine tattoo designs. Instead of creating the beautiful face of a gypsy with painted eyes, red lips, or rosy cheeks in this design, the face is replaced with a skull. The skull is adorned with jewelry, flowers on the head, elegant posture, and curls in hair.

This tattoo design symbolizes the honor of the deceased and symbolizes the spirit of a nomad or a person who appreciated nature, freedom, spirituality, and traveling. This Tattoo is perfect for a person who is free-spirited, content, and full of happiness in life. Gypsy skull tattoo is also a symbol of the loss of loved ones.

The ‘Company of Nature’ Tattoo

If you want to show your love for nature, add such gypsy elements that can accentuate the whole tattoo design and add to a new sense of spirituality. Symbols such as birds, flowers, butterflies depict ethereal beauty. These tattoo symbols reflect the importance of contentment, freedom, and happiness. If you are the kind of person who gets truly inspired by nature, then incorporate such gypsy symbols in your tattoo design.

Crystal ball symbolizes mystery, magic, and hope for some miracle waiting for you in the future. It also represents that the future will bring good fortune and luck. The crystal ball is a symbol of hope, desire, and optimism. Although the prophecies from crystal balls can also be negative at times, the fact is that when we resort to such magical elements, we have a hope of finding something happy and bright about our future.

The meaning of Gypsy emphasizes living life in a nomadic lifestyle, out in the open, living in tents and other temporary settings. All of this gives us a feeling of openness, and yet there is a mystery alive under the veils they wear.

The revealing and yet not relieving the lives they live creates a sense of magical mystery. These designs also depict a sense of desire to unveil the hidden mystery. This is the whole essence of this gypsy tattoo design.

You can experiment with your gypsy tattoo designs by incorporating traditional symbols that symbolize femininity, independence, contentments, accomplishments, search, luck, and natural living. The best thing about gypsy soul tattoos is that there is no limit and foundation to creativity, as long as you associate the elements with the final design you create.

Even though there is no official Romani state, the people who are identified as Romanian have their own national symbols and slogans. The popular Roma slogan “Opre Roma,” meaning “Arise, Roma,” is also a very popular Gypsy tattoo choice. Romanian people use this symbol to identify them in the crowd.

In 993 International Conference adopted the Roma flag “United Roma of Europe.” The conference was organized in Bucharest by the General Association of Roma of Romania. It is easy to recognize this flag by its two horizontal bars in the original design. The topmost bar is blue in color, and the bottom one is green. The blue bar represents the sky and eternal spiritual values, while the green color is a symbol of fertility, terrestrial values, and green fields.

In 1971 the Chakra was included in the Roma Flas designs, and this is another popular traditional gypsy tattoo design. Chakra represents the Hindu religion, and it was chosen to symbolize Romani Indian heritage. The Chakra looks similar to a wheel in design and is a symbol of traveling Roma families.

There are many ways to customize the gypsy woman tattoo and make it unique and personal. If you intend to keep your gypsy Tattoo’s focus towards a close relationship with nature, you can incorporate details like birds, flowers, butterflies, sky, stars, clouds, and trees.

If you want to highlight the magical aspects like astrological symbols or crystal balls, these also make a great addition to the Tattoo. Consider the kind of vibe you want to capture in your Tattoo. People mostly get a gypsy woman with a blank look on the face; however, to customize, you can personalize your Tattoo emotions. People also get blind gypsy tattoos with her eyes covered, symbolizing she is the one who does not need eyes to see.

Gypsy tattoo designs are very old school and make a perfect choice for any traditional sleeve tattoo. These tattoos are inspired by the way of life of gypsies and their culture. The tattoos honor their traveling lifestyle and gypsy souls.

Gypsy tattoos are some of the most captivating old school designs one can ever get. These tattoos can have deep meaning and symbolism to resonate with one’s personality, or you can also get these tattoos to pay homage to traditional tattooing.

Aside from representing the gypsy way of living life and freedom, gypsy soul tattoos are also a symbol of independence, luck, desire, good fortune, and living life to the fullest. So, embrace your inner gypsy soul with these amazing tattoo ideas.