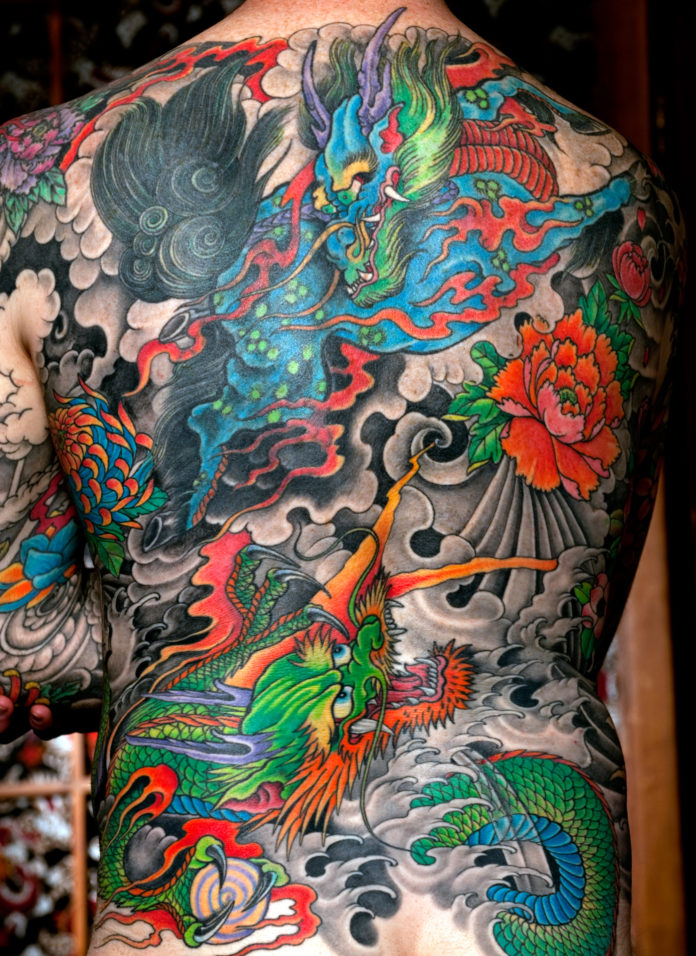 Tattooing is not a new trend; it is an ancient body art form. There is no particular place that can be identified as the originating place of tattoos. However, tattoos have been found in the arts of different ancient cultures across the globe, including Asia. Here is an article with all you need to know about Asian tattoo ideas.

Tattooing has been celebrated as a popular art form throughout the Asian culture for thousands of years. At present, Asian tattoos are a popular choice among people due to their unique designs, deep meanings, and ancient touch.

In the article, we will explore some of the fascinating Asian tattoo designs, including popular ones like traditional Asian tattoos, tribal tattoos, Japanese tattoos, and more.

In the contemporary world, tattoos are vibrant and beautiful art that is loved by youth for their amazing designs and colors. However, in historical times, tattoos were imprinted for holy and religious purposes. In Asian culture, tattoos have important significance and meanings. Different types of Asian style tattoos are popular among various Asian countries. Below mentioned are some popular traditional Asian tattoos and their meanings.

The trend of tribal tattoo styles has developed from different tribal cultures in Asia over the past few centuries. It has also become a popular trend across the world in recent years.

Tribal tattoo designs from Japan and Polynesia are the original source of inspiration for various Asian tattoo styles. They are generally made using black and bold lining and filling. This has also become a major component in different types of unique tattoo designs at the present time.

When we look at ancient tattoo art, the earliest tattoos can be seen in Egyptian culture. The use of tattoos in the Egyptian culture was popular among the priests for religious rituals. However, later in the golden era of Egyptian history, tattooing became common. As a result of the extensive trading of Ancient Egypt with Arabia and Persia, the traditional Asian tattoo spread to the African continent and to the other parts of the world.

During ancient times, the tattoos were usually inked on women by female tattoo artists who were called seers or ‘wide-women.’ Ancient Asian style tattoos were inked for both medicinal and magical purposes. Some popular ancient tattoo ideas that were popular are The Ankh, The Udjat, The Shen, Hieroglyphs, The Pharaoh, Egyptian Gods, Cat Tattoo, and many more.

Japanese tattoo designs are considered one of the oldest in the world. The clay statuettes have been discovered with tattoos on their faces which are 4000 years old. Though it is not certain whether people in japan got tattoos in that era. These tattooed figurines made from clay were believed to bring holy protection to departed loved ones.

These clay figures with the various Japanese tattoo designs carved on them were placed in the tombs.

The traditional Chinese tattoos have been a popular thing in Chinese culture. The art of ‘puncturing the body’ or ‘Chi Shen’ is an ancient Chinese practice.

The traditional Chinese tattoos are also one of the most ancient tattoos ever found. They have been found on the Tarim mummies in western China’s Xinjian. They have also been found on the Pazyryk mummies, which were from Ukok Plateau in Siberia. These traditional Chinese tattoos had symbolic meanings like social status and spirituality. They were also used for magical purposes.

These traditional Asian tattoos drew their inspiration from nature and mythology. Thus we can say they were one of the first nature tattoos. Chinese tattoos are also one of the first ones to be worn for decorative purposes and not ritualistic and religious purposes. Although the use of tattoos for decorative purposes was not very popular among the Chinese in early times.

In some Indian tribes like the Apatani in Arunachal Pradesh, this art was a kind of protective barrier. Thus we can say the tribal tattoos were also a type of protective tattoos. They were generally engraved on the women to protect them from rapes and abduction by the rival tribes.

On the other hand, in the Khoond tribe of Orissa, the tattoos had a spiritual meaning. In this tribe, people use this tattoo as a symbol to recognize each other in the spirit world. The Khond tribe generally uses geometric tattoo styles and patterns. Whereas in other parts like Rajasthan, the rabari tribe wears tattoos for magical purposes.

Therefore we can say that tribal Indian tattoos include spiritual tattoos, geometric tattoos, and more.

The above are some of the originating areas for Asian style tattoos. The traditional Asian tattoos have also become one of the top trending styles in modern times. Some of the most popular designs which you can get to stand out of the crowd are:

The dragon tattoo is a Chinese tattoo style. This tattoo has various meanings according to the wearer. It is generally a preferred choice for people who believe they are fierce, daring, and strong. However, a wearer can mend this Asian tattoo design to exhibit fear and horror among the onlookers.

These Asian style tattoos are more popular among males. The fighter tattoos seem to be very relatable to the wearer.

In the fighter tattoos, the design can exhibit various kinds of clothing and weapons according to the choice. It depicts the courage and fearlessness of a person.

This type of Asian style tattoos are simple but appear exquisite. Most of the time, the sketches in this style are simple but are noticeable to strangers and look attractive.

The good thing about these tattoos is that you can customize them according to you. You can add colors or designs according to your wish. Some popular include word and letter style tattoos.

This is one of the most popular Asian tattoo ideas that are popular among tattoo lovers. They are easily available anywhere and everywhere in the form of stickers and temporary tattoos due to popularity.

people love and admire abstract tattoo designs for their artistic and expressive outlook. The designs in this tattoo style are quite horrifying and fierce in nature, which depicts something evil.

These tattoos don’t relate to anyone and reveal their meaning on their own.

Floral tattoo designs are extensively popular due to their flush of beauty and eye-catching colors. These designs are best if you want something big to cover an extensive part of your body.

The people who feel affection towards the brightness and colors prefer these designs generally. To depict deep meaning, the flowers in these styles can be combined with images. The use of flower tattoos is also popular in portrait tattoos with the images.

The 3D tattoo is art one of the most popular ones among tattoo lovers as it is artistic and eye-catching. The 3D tattoos are popular as they give explicit views from all directions and include a flush of colors. The colors and eye-catching style make the people crazy for them.

Numerous people prefer the flying bird tattoo design as they look neat & clean. They also cover an extensive area and are a popular form of tribal tattoos. In bird tattoos, people prefer various birds like eagles and owls.

The birds which people prefer in the flying bird tattoos depict the various meanings. The meanings change with the choice of birds in the design.

This is one of the most popular Asian style tattoos and people use it as an accessory for certain body parts. They are a perfect piece of art on every occasion, and every person can get them.

These tattoos are a very popular specialty among women, and they use henna for making them. The henna in these tattoos makes them a temporary tattoo.

Large Asian tattoo styles are very popular among people as they can use them to cover extensive body parts. They are generally a popular back tattoo and chest tattoo style among people.

The large asian tattoos are one of the most fascinating ones. They give the wearer an option to choose from avriety of designs as they ar mostly full body tattoos. Some popular tattoo ideas in these are samurai tattoo, dragon and skull tattoo, and more.

The Asian tattoo designs have been one of the most popular styles among tattoo art lovers.

Asian tattoos and specifically the traditional Asian tattoo have deep symbolic meanings. They are also some of the most fascinating as they use various patterns like geometry.