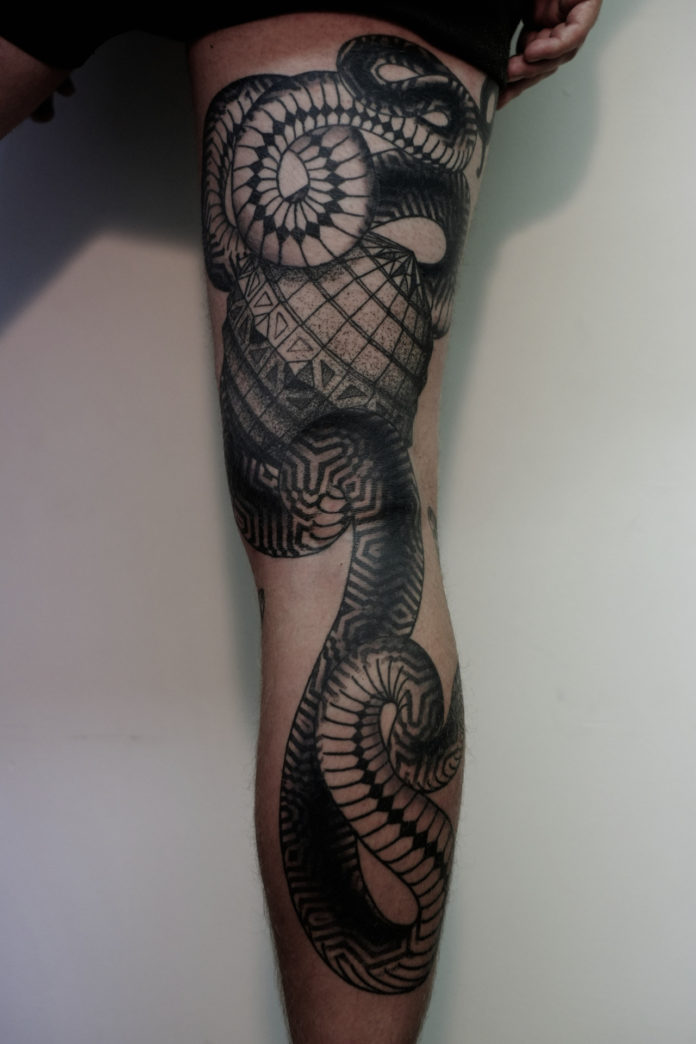 Snake tattoo has been a constant motif in the tattoo industry. Whether they combined with skulls, daggers, and roses in the traditional style then it can be used as a part of elaborate flora. Also, it can be combined with the feather, phoenix, mandala, geometric, or moon tattoo art. They are the flexible element with rich symbolism.

So if you are looking to get an awesome tattoo, then it is sure to make the talk of the town. Or if you are searching to diversify the collection of tattoos, then the snake tattoo can just be your thing.

However, if you cannot decide which type of snake tattoos you want, then here are some unique snake tattoo ideas that can help you with.

What Does A Snake Tattoo Mean?

In historical cultures, snakes represent creative life force and fertility. Since snakes shed their skins, they are types of symbols for transformation, healing, immortality, and rebirth.

In ancient mythologies, the serpent is frequently a symbol of wisdom, knowledge, patience, and fertility. Serpents are considered sacred in a number of different cultures. It also includes the Africans and Native Americans.

The Native American Indians associated the rattlesnake with lighting and rain. It is believed that snakes played a part in creating the planets. The serpents have both feminine and masculine qualities. As the snake tattoo, it can be worn by both women and men.

RELATED: These Tattoo Designs Can Protect You From Evil.

Every Tattoo Has A Story – Typical Snake Symbolism

Whether evil or good, there is no doubt that the serpent is a powerful symbol and reptile which has evolved since the age of dinosaurs, or if religious, from the Garden itself.

In Native American culture, when a snake shows up as the spirit animal, then it means:

Some other meanings include:

Serpents are predator animals, where some snakes possess the most powerful and deadly venoms on the planet. It has helped shape their meaning as deadly in the Judo-Christian cultures.

Another typical Christian meaning of snakes is sin and temptation, which relates back to the Bible stories of the forbidden apple.

However, in many cultures, the snake is the symbol of creative life force and fertility, due in part to the snake’s phallic shape.

The snake’s image is powerful, and it has made its way to the arts, religion, and literature, despite the doubt of those people who only ever seem to link the snake with evil.

The snake has had a wide variance of meanings across several human cultures across space and time. So here are some of the most common tattoos and meanings of the snake tattoos.

Most snakes around the world are not particularly poisonous, though some countries hold the record for some of the most dangerous, the snake is frequently linked with poison. Whether it is poisonous or not, all snakes are predators.

The snake-and rose tattoo not only looks amazing but is also symbolic.

Roses are extremely traditional and universally famous tattoo designs because of the connection with love. When it is combined with the snake, the meaning changes to one of overwhelming passion and romantic temptation.

The traditional or Gothic art style is well paired with the snake and rose design.

This tattoo is traditional in different cultures, which includes Polynesian and African. These styles are inspired by the natural world. It includes animals and plants, the use of blank ink and solid lines to create complex designs.

The serpent is an especially striking option for the traditional tribal tattoo because the serpent’s long, rounded body is instantly recognizable. Also, it can be adapted to suit different placements.

The general rule when selecting the smaller tattoo is to opt for a simplified when to help the inking stand out more and make it simpler to touch up.

If the design tends more to the minimal side, or you would prefer an inking that takes less time to apply, then try the simple snake tattoo.

One of the coolest and most amazing design choices is the snake neck tattoo. It makes it perfect for men and women who want an intimidating snake tattoo. These designs show the dangerous side of the snake by focusing on the venom and fangs. This tattoo has plenty of energy and movement and seems to jump off the skin.

The serpent and skull tattoo has a Gothic attraction and is perfect if you want to get a tattoo that stands out. This design also has several meanings, and some may interpret a skull and snake style as symbolizing poison and death.

The tattoo also represents the endless cycle of death, rebirth, and life. Moreover, the serpent in the eye of a skull also symbolizes knowledge, and it is the best snake arm tattoo.

Skeleton tattoo brings a great and unique twist on a serpent tattoo. So if you are looking for an uncommon snake tattoo, why not try the skeleton? Look for an expert who specializes in anatomical styles.

As a skeleton is more complex to design than other snake tattoos. This tattoo looks great wrapped around the shoulder, bicep, or arm.

The historic symbol of the serpent devouring itself is called ouroboros. The ancient picture dates back thousands of ages, and it represents the cycle of death, rebirth, and life. This serpent tattoo also symbolizes unity and infinity.

For those who want the historical or spiritual serpent tattoo, this design is the best choice. It suits several different placements like chest, back, or forearm and is bound to start the conversation.

The snake tattoo has been and continues to be a great symbol all over the world. Whether you have a religious connection to it or relate the concept of death, rebirth, and life, a snake tattoo makes for beauty anywhere on the body. If you find this information useful, drop a comment below this section.