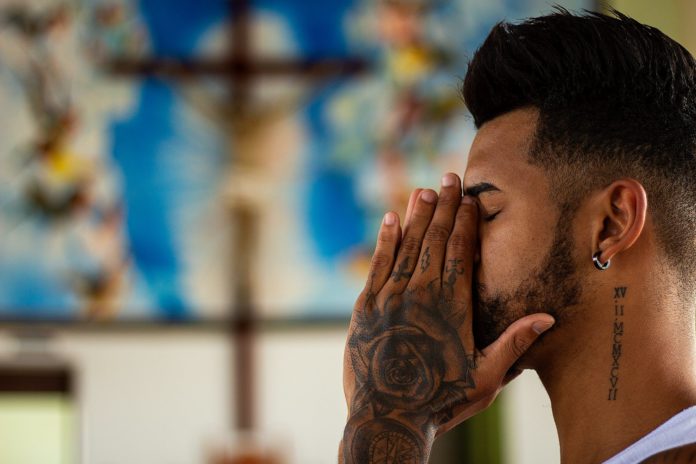 Russia is one of the biggest nations in the world. During the Soviet party rule, Russian prisoners were under the control of a gang known as “Thieves in Law”. This gang enforced strict rules about when and where a prisoner could get a tattoo on the bodies. These Russian tattoos included intricate artwork with detailing of the crimes and personal lives of the wearer.

Tattoos had to be earned by doing certain physical acts or by standing up against the authority, whether inside or outside the prison. If a person used to get undeserved tattoos, the gang would remove those forcefully and later be punished for their actions.

Each Russian mafia and criminal style tattoo tells a different story depending on their placement, etc.; These are also used to impart critical information to the correctional facility’s inmates.

Now, let’s talk about the application, symbolism, and unique style of Russian Tattoos. You will be surprised to learn about the diversity of these amazing Russian tattoo ideas. If you are going to get a new tattoo, it’s the right time to take some inspiration from these ancient prison tattoos.

Sit back and Do not stop scrolling!

In Russian religious tattoos, you will not see many nationalist designs like in American Tattoos. Instead, theology is the limelight of the Russian tattoos. A Russian Orthodox Church has 150 million members. There are various symbols like angels, saints, Virgin Mary that show a peculiar devotion to thievery. Also, the skulls are related to all things evil, and a coffin is associated with murder or death in Russian religion.

“Temhota” in Russian means evil or blackness. Russian defendants often include this word to express their prison or criminal-inspired tattoos. Russian mafia tattoos have their own glossaries for application. Tattoo portrays Prometheus’s myth, where he steals the fire for humankind; however, adding a sailboat gives this mafia tattoo a deeper meaning. This tattoo portrays a person’s personality as someone who travels, steals, and escapes it all to tell tales.

Snake Around the Neck

A snake around the neck tattoo symbolizes drug addiction, and adding an eight-point star means that the person is a known thief all over the world. A Nazi Swastik is a popular symbol of Russian prison tattoos; however, this does not necessarily represent a Nazi sympathizer. Instead, this means that the prisoner detests the prison guards who behave like a Nazi general. At times administration even asks them to get rid of the Nazi symbol because no one likes to be called a Nazi.

As we know that the Russian tattoos are popular for sinister style tattoos, Khokhlona Russian tattoos, on the contrary, are a form of art that belongs to Siberia. Khokhloma designs especially use black ink along with two main colors, red and gold which makes a very eye-catching pattern for tattoo designs.

Yes, Russian Mafia and Criminal tattoos are limited to conventional designs; instead, they use varied 3D patterns, giving a tribular design for their business. 3D Russian tattoos also use unusual painting techniques for their graphic tattoo designs. Russia is popular with some of the most famous tattoo artists worldwide. They even boast some uniquely designed tattoo studios and areas that help with the astonishing work.

Epaulet designs are another popular collar tattoo form that represents a cynical attitude towards the system. These are often linked to offenders of high ranking with a corresponding nickname like “colonel” or “major.” Getting an Epaulet design with skulls or stars means that the person is not a slave to anyone, and no one can force him to work.

Some popular Russian prison tattoos include getting eyes inked on the abdomen to represent homosexuality. Stars on the shoulder mean that the mafia is a fugitive. Rose is also among popular symbols in the Russian criminal and mafia tattoos. It indicated that the prisoner had crossed the 18 years age mark in prison itself.

SOS in Russian prison tattoos has many connotations. It can mean Saved from syphilis, Save me from judgment orBitches robbed my freedom.

Nazi logos are the most common Russian prison tattoos. This means that the prisoner reflects dictatorial compassion and demonstration towards the camp officials or prison. During the Soviet period, authorities used to expel such tattoos using force. Prisoners also get mermaid tattoos to symbolize their sentence for child molestation.

A dagger on the neck tattoo symbolizes that the person is a murderer and is capable of doing it again in the future if required. Such criminals also get drops of blood equal to the number of murders committed by him.

Madonna and the Child

One popular amulet of the Russian thieves is the Madonna and Child tattoo design. This design is a symbol of protection from despair and calamity. It also means that the person started committing crimes at a young age. “A Child of Prison” is another popular text incorporated in this design.

An eagle on the chest is a very old Russian mafia tattoo design dating back to the 15th century. After the fall of Communists in Russia, this logo was altered using sickle and hammer to represent the Russian Federation’s coat of arms. This eagle symbol is a string representation of hatred towards the USSR. Getting a Statue of Liberty means demand for freedom.

The skyscrapers, dollars, and machine guns are what are popular designs in Russian mafia tattoos. The US is written over the symbols to convey that the prisoner has an admiration for that kind of lifestyle. Incorporating an eye in this design means “I’m watching over you” to refer to friends and mates.

There is nothing more Russian than a babushka doll next to St.Basil. If you are planning to get Russian-style tattoos inked on your body without any significance or relation to criminals or prison tattoos, then go for this design.

Russian Coat of Arms consists of Russian Federation’s coat along with a picture of Yuri Dolgoruky sitting on a horse next to a Moscow Kremlin’s Spasskaya Tower. This is a traditional Russian tattoo that reminds the person of its roots and where does he come from.

It is a classic old symbol of the ancient Slavic warrior that looks attractive when done in tribal tattoo designs. This tattoo will make a statement no matter what it represents.

Russian Revolution is a major one that left a deep-rooted impact on every person’s heart. There is a reason why Vladimir Lenin has a huge fan following, which is why he also makes a popular design in Russian tattoos.

The Russian nesting doll is a toy made of wood that is equally fascinated by adults and youngsters alike. These are known as the matryoshka dolls. The players have to keep opening the dolls to uncover more petite dolls inside every vessel; the more petite a doll gets, the more difficult it gets to open it.

Matryoshka dolls are not just a mechanism to teach children how to solve things and determine various sizes and colors. These also hold a symbolic meaning. The largest doll is the mother, which is why it is known as matryoshka. The peptide dolls inside are the seeds. The big doll represents a female matriarch which is the central figure in a Russian family. The small dolls inside are the offsprings. Therefore a Natryoksha doll is a symbol of fertility and Maternity.

Wait! Productivity and Maternity are not the only connotations behind Matryoshka dolls. These dolls also stand for Russia as a country. The bigger doll being Russia and the petite dolls the citizens.

Matryoshka dolls represent life experiences. We all are the big figures, and the little trinkets inside every statuette are the anecdotes, encounters, and associations. All us humans have distinctive occurrences, and these petite dolls are our souls, integrity, and true essence of what we are as a person.

Russian prisoners used to get tattoos to convey hidden information, codes, criminal deeds, and gang membership. These tattoo designs express a very deep meaning and symbolic representation. Get inspired with these amazing and unique tattoo designs and set the trend with Russian style tattoos.

If you find this post informative and helpful, do not forget to leave a comment down below!