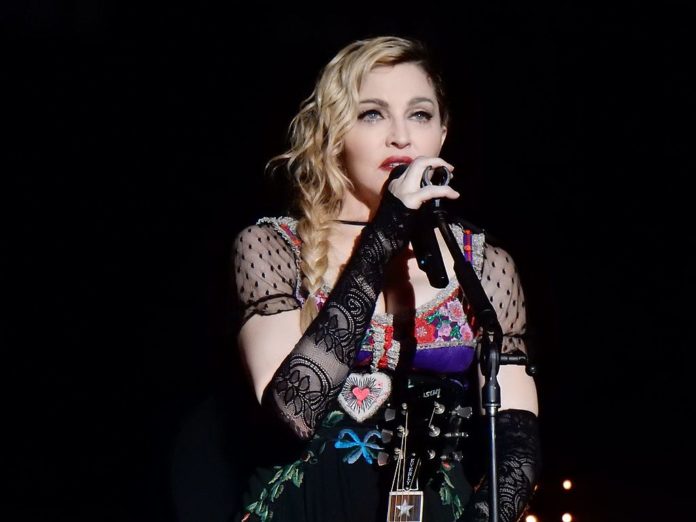 There are a lot of singers in this world, but only a few become iconic. When the singers pass the test of time, they start making money and lots of it. You will be surprised to know that most popular singers are worth more than half a billion dollars. These singers have amazing voices, singing styles, and a greater fortune. Continue reading the article to find out who are the richest singers of the world.

Richest Singers in the World

While singers might get rich with their music, it is the soul of everybody. Really amazing singers can draw huge attention with their voices and can make millions of dollars. From indie pop to classic rock, the sellings of amazing music albums never stop.

Who is the richest singer in the world? The answer to this question is Herb Albert. He is one of the most popular American jazz singers. He became famous as a group which is known as Herb Albert & the Tijuana Brass. The group is often known as TJB or Herb Alpert’s Tijuana Brass.

Herb Alpert net worth is $850 million, which makes him the richest singer in the world. He is not only a singer but also a composer, songwriters, musician, and actor, which makes him a versatile artist.

Who is the richest singer in the world? The answer to this question is incomplete without mentioning Madonna. She is considered as the “Queen of Pop” and has grossed around $1.2 billion in her career. Madonna has influenced various female musicians, including Skira, Lady Gaga, and Britney Spears (Source).

Madonna had a rough start when she decided to become a singer and moved to New Your. However, she did not give up, and at present, she is one of the richest singers in the world. She is an influential as well as a best-selling musical artist with a net worth of $850 million.

Celine also makes a lot of charities worldwide, which makes her even more loved by her fans. Moreover, she is one of America’s self-made women and most successful women entrepreneurs (Source).

Parton is an American singer, author, songwriter, philanthropist, and entrepreneur. She is one of the richest as well as the most popular singers in the world. Parton is 72 years old and is also the most famous country singer. She started her career in 1964, and since then, she has broken all the records by selling hit albums.

In addition to this, Dolly is also one of the richest country singers in America. She is called the queen of Country music and has won almost all the music awards.

He is one of the most popular Spanish singers and songwriters. It is believed that he offered around 5000 concerts during his career. In addition to this, he has performed for more than 60 million people on around five continents. He sings in different languages, including English, German, Italian, French, Portuguese, and even Galician.

Julio Iglesias has recorded around 80 albums and has sold approximately 300 million copies internationally in 14 languages. You might be surprised to know that he has nearly 2,600 certified platinum and gold albums making him one of the highest-selling artists.

Rihanna is the queen of billions of hearts who has become an icon in the present-day music world. She is a diva from Barbados who covers various genres. Rihanna is not only popular for her singing but also for her charity work. She is one of the most charitable celebrities who has donated around $8 million for coronavirus relief efforts (Source).

Apart from musical success, Rihanna has made a lot of her net worth from Fenty Beauty. She is the co-owner of this popular luxury makeup brand. Moreover, she has also earned her fortune from the Savage X Fenty lingerie line that she co-owns with other investors.

Beyonce Giselle Knowles Carter, also known as Beyonce, is an American actress, singer, and songwriter. She was the main singer in Destiny’s Child group before starting her solo career. Beyonce is also a philanthropist and has released various successful solo albums. Moreover, She is not only the biggest pop star but is also a successful actress. She has played the leading role in famous movies like Dreamgirls, Obsessed, Austin Powers, and Cadillac Records. Beyonce has also launched various successful business projects like fragrance and fashion line. Moreover, she also has stakes in her husband’s Tidal streaming service.

Gloria is a Cuban-American singer, actress, songwriter, and a famous businesswoman. She started her career with Miami Sound Machine and became a famous star in the 1980s.

Gloria is co-owner of various restaurants and even has stakes in the Miami Dolphins. Estefan owns three Grammy Awards and also has her start on the famous Hollywood Walk of Fame. In addition to this, she also has her name on the list of the top 100 best-selling music artists.

Victoria is a famous English singer, model, fashion designer, and businesswoman, making her one of the richest singers in the world. She gained popularity with the group named “Spice Girls.” She is a popular pop artist nicknamed “Posh Spice” after splitting off from the group.

Victoria is married to the famous football player David Beckham who played for the English International Team and Manchester United. Victoria has a well-known fashion designing label, which has helped to increase her worth.

Barbra has been in the music business for more than 60 years but has attained success in multiple domains. She is an American singer, actress, filmmaker, and songwriter. Barbra started her career by performing in Broadway theaters and nightclubs, and at the present time, she is one of the richest musicians in the world. Throughout her career, Barbra has received numerous Grammy awards with other accolades. Moreover, she has five Emmys, two Oscars, a Golden Globe, a Tony, and several other awards, which clearly reflects her talent and popularity.

Who is the richest singer in the world? When it comes to this question, Garth Brooks has a constant name. He is an American singer and songwriter. Garth has integrated rock and pops music elements into the country genre, which has helped him gain remarkable popularity in the United States.

He is a country music star with a net worth of $400 million, making him one of the richest musicians in the world.

Jennifer Lopez, also known as J.Lo, is one of the most popular celebrities in the world. She is not only a singer but also a fashion designer, dancer, and actress. She started her career as an actress before releasing her debut studio album.

J.Lo has a diverse career, which has helped her to earn a spot in the list of richest singers in the world. In 2019, J.Lo broke the internet with her Versace dress, which she wore at the Milan Fashion Week. Her walk caught global attention and became the most googled celebrity.

Johnny is an American singer and songwriter who started his career with singles of popular standard music. He has released dozens of albums for which he received various platinum and golden status. Johnny became remarkably famous as an album artist, and at present, he is one of the richest singers in the world.

Shania is a Candian singer and songwriter with a net worth of $400 million. She has sold more than 100 million records worldwide, making her one of the most popular and best-selling female artists in the history of country music. Shania is one of the best-selling country artists and has also appeared as a guest judge on various reality TV shows.

Taylor Swift is an American singer, songwriter, guitarist, musician, and actress. She has gone from a popular country superstar to a famous pop star. Taylor has fans across the world, and she has given various hit albums and solos. She is popular among paparazzi not only for her songs but also for her beautiful looks.

Music is part of almost everyone’s everyday lives. We all love music and have our own favorite singers. It has led to tough competition in the music world, which gives rise to various new singers every day. Singers who survive the competition and are successful in managing a remarkable music career get included in the list of the richest singers. So, who is your favorite singer from the list? Do let us know by dropping a comment.