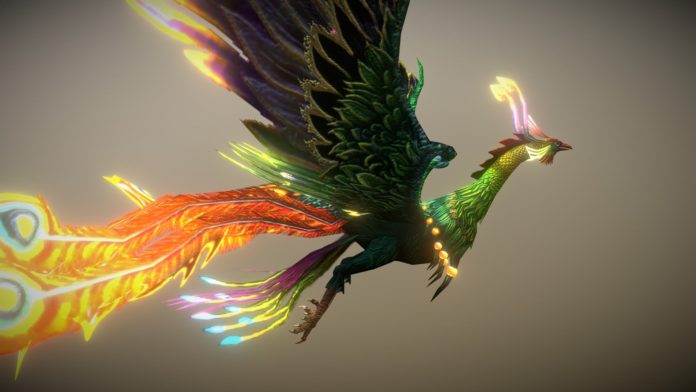 Phoenix is a mythical bird with a lot of deep meanings in various cultures around the world. Phoenix tattoo meaning is what makes it appealing to people when they decide to get inked. This colorful and magnificent bird is a symbol of grace, rebirth, virtue, and immortality. It is the oldest symbol in the world and makes a perfect tattoo design for both men and women.

If you plan to get a phoenix tattoo and want to learn about its meaning in detail, this article will surely help you.

Ring from the fire is a very popular phoenix bird tattoo design. Fire represents turbulence and death; Rising Phoenix is a symbol of victory over troubles and death.

The Phoenix tattoo has various meanings, and it represents resurrection, rebirth, or a new beginning. It means that no matter how many difficulties you might have faced in the past, no matter how situations and people have tried to break you down, one day you will emerge as a winner defeating the life challenges.

Chinese believe that the phoenix is a symbol of grace and virtue and has a feminine side to it. Chinese phoenix bird was known to have white, red, green, and yellow-colored feathers, which are the primary colors.

Phoenix birds represent feminine attributes, while Dragon is a male attribute symbol. Together these represent Yin and Yang.

Some Other Popular Phoenix Tattoo Meaning:

In the Greek language, Phoenix means “red,” which is a representation of fire. The Jews believe that the phoenix bird was the only creature who did not eat the forbidden fruit and to do so, the bird set itself on fire. The bird preferred to die instead of committing a sin, and after 3 days, the bird rose from the ashes. This signifies renewing from sacrifice and winning over temptation.

In Japanese culture, the phoenix bird means an immortal bird, and Roman use the phoenix to signify an Undying Empire.

Read More:- This is The Best Tattoo Style Guide

The Phoenix bird tattoo is a symbol of rebirth, renewal, and resurrection. Phoenix is known to have no offspring; instead, they live new lives repeatedly as they are reborn from their ashes.

A Phoenix tattoo can hold special meaning to your life. It may represent that you are beginning a new chapter in your life or that you have recently come out of a bad relationship. Maybe you have a completely new outlook on life or are walking away from a bad vice and getting your life together.

A phoenix tattoo is perfect for both men and women. Phoenix bird tattoo designs represent that the past will always be a part of your life; you have to keep looking forward to the new chapter of your life.

Phoenix birds are known to live forever. As humans, we do not live forever, but we gain wisdom and learn new things about life with growing age.

A phoenix bird tattoo is a symbol of victory and growth over people, things, and bad experiences. You need not be grown-up or elderly to have experiences about life: as long as you have grown to take a wiser flight than before, your experience resonates with a phoenix.

According to legends, there is only one phoenix in the world. Since a single phoenix can live upto thousands of years, they live a lonely life before they are reborn again.

Living life alone may seem like a sad life; however, some people seek comfort in solitude. You may love the independence that comes with solitude and not worrying about anyone else in your happiness and your path. It does not mean that you do not have some friends and people you truly love and trust, but you do not care that they are all busy leading their own life.

This Phoenix tattoo meaning applies to both men and women both, who like to be alone instead of entering into meaningless physical relations. These people walk away from any kind of toxic relationship, be it friends, family, or lover. They are silent, but strong whose idea of having fun is staying home and relaxing rather than partying all night.

When the phoenix feels tired, it dies in a blaze of fire and reborn from ashes. No tears are shed because they follow a cycle of life or death and never die.

A phoenix tattoo represents that you are not scared of death and the afterlife. Regardless of your beliefs or religion, you understand that it is a natural cycle of life.

Read More:- These are The Best Traditional Ship Tattoos

If you need a little inspiration to get a meaningful phoenix tattoo, we have found the right designs for you.

The Phoenix bird tattoo is a symbol of renewal and rebirth with deep meaning, which makes it an appealing tattoo design. However, it does not need to be a big or bold design. There are plenty of small phoenix tattoo designs that are apt for women who want a versatile and a little discreet tattoo.

A thigh tattoo design is quite popular among women because of a discreet location. A Thigh tattoo has a feminine attribute attached to the placement. The thigh phoenix tattoo is quite sexy and subtle, which enhances the natural curves of a woman.

Read More- This Is the Best Portrait Tattoo Style Guide

Tribal tattoos are the most loved choice of tattoo for both men and women because of their distinct style. Earlier, people used to get inked in a trial design to protect or adorn their bodies with intricate patterns and instill fear in their enemies’ minds.

A Tribal phoenix tattoo featuring elements of particular tribes will make it an eye-catching piece. It will constantly serve as a reminder of how they come out of a bad past and have full control and power over their life.

If you have been through some hardships or turmoil in your life and have come out wiser and stronger than ever before, then a Rising phoenix tattoo will be perfect for you.

Rigging phoenix bird tattoo is a symbol of rebirth, leaving the old self behind and becoming more powerful and renewed. The ashes here represent past life. The visual imagery of this tattoo is very stirring.

A Japanese phoenix tattoo is not like any other tattoo design. Irezumi is a very distinct style featuring vibrant and bold colors with historical images. Japanese people are aware of this mythical bird and its symbolism. In Japanese culture, the phoenix bird is a representation of justice, obedience, and a balance between harmony-disharmony. A Japanese phoenix tattoo imagery will be very appealing to you. If you want to go big, this is it!

Are you looking for a tattoo design with various deep meanings? Then consider getting inked with a Chinese phoenix tattoo, a true symbol of femininity and power.

In Chinese mythology, Phoenix is known as Fenghuang, a magical bird that represents the Empress. The Phoenix bird tattoo is linked to grace and virtue in Chinese culture.

Chinese phoenix tattoos are a great choice for women who want to show off their feminine side.

Dragons and Phoenix are two power symbols in Chinese mythology. The combination of Dragon and Phoenix Tattoo represents a perfect balance of these powerful symbols. Together these also represent a Yin and Yang tattoo symbol, Dragon being the male attribute and Phoenix being the female.

If you are planning to get inked with a decent size design and location that is visible, then a forearm tattoo is the right choice. A visible body area calls for a meaningful and eye-catching tattoo design. This is why phoenix makes a beautiful forearm tattoo.

Wrist tattoo looks best with a minimal and small design because the placement does not allow detailed work. The wrist is a great location for small phoenix tattoos. Because it will be visible to the wearer all the time, it will remind them of the reason behind their choice of design.

When you get a tattoo, remember that wrist tattoos do not last long because of regular exposure. The wrist is exposed to many elements and is in use constantly.

Are you always contemplating the concept of life and death and your mortality? If yes, a phoenix feather tattoo design is the right for you. In Greek mythology, the phoenix feather is a representation of eternal life.

If you are a Harry Potter fan, you might remember that phoenix feather was used to make wands and create a rare piece. A phoenix feather tattoo design will not disappoint you.

Read More:-Unique Tattoos That Will Turn Heads and Raise Eyebrows

You don’t need to get a full phoenix bird tattoo to have the symbolism. As some women prefer more subtle designs, a phoenix wings tattoo will be the best approach.

In some cultures, phoenix wings are a symbol of prosperity and freedom. The tattoo can be done in black ink or in bright, bold hues as well.

A phoenix bird goes through cycles of life and reborn after bursting into flames and regenerating again from its ashes. This is one of the reasons that the phoenix is associated with the sun and fire, serving as a symbol of rebirth and renewal.

This symbolism is appealing to many people, especially if they have faced a harsh past and have overcome it now. A fie phoenix tattoo is perfect for both men and women and is represented by the magical bird going up in flames.