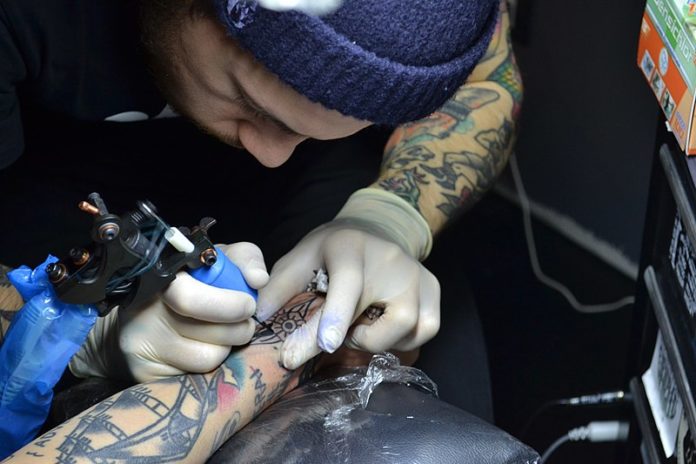 Men and Women have been getting inked with permanent tattoos on their bodies for centuries. Some do it for religious reasons, while others do it for personal pleasure. Tattoos will never go out of style; this is why we have come up with a list of the world’s most famous tattoo artists.

Tattoo artists have started to gain recognition all around the world for their skillful abilities the unique art style in the realms of fine arts. This post describes some of the best tattoo artists and what makes them unique from others. All of them have a different art style and are famous in their field of work.

Famous Tattoo Artists In The World:

Let’s check out some of the world’s best tattoo artists and learn about their unique tattoo art style.

This Englishman was born in Brighton, England, and is known as the “King Of Tattooists.” He was expelled from school for tattooing his classmates at the age of 12, and later, he apprenticed under a legendary English Tattooist. George Burchett was so excellent in his work that he became the first-ever celebrity tattoo artist. He was also popular for tattooing many royals like King George V of the UK and King Alfonso XIII of Spain.

His designs were a mix 0f Southeast Asian, African, and Japanese motifs. Burchett was the first person to introduce cosmetic tattoos beginning with eyebrows. He died at the age of 80 after becoming the best tattoo artist in the world.

Keith Collins, popularly known as Sailor Jerry, earned the nickname because he spent most part of his life sailing around the world, traveling the country, and hopping freight trains.

He learned to tattoo in Alaska from a man called “Big Mike,” who taught him the hand picking method. Later he learned to use a tattoo machine in Chicago from Tatts Thomas. He joined the US NAVY when he was 19 and has sailed for all his life since then.

Sailor Jerry soon became the best tattoo artist in the world and was recognized for his prolific tattoo style. He also taught his two assistants who later become famous tattoo artists- Mike Malone and Ed Hardy.

Legacy of Sailor Jerry still continues with “Sailor Jerry Ltd.,” which is a USA clothing and souvenir company that promotes new talent with their “Art Series.” Some of Sailor Jerry’s tattoos’ most famous symbols are wild cats, eagles, snakes, bottles of booze, and aloha monkeys.

Horiyoshi is one of the famous tattoo artists from Japan. He uses the traditional tebori technique and Japanese hand tattooing art. Horiyoshi is known for doing legendary body art, which can take years to complete and charges tens of thousands. All his famous tattoo works are compiled in the book “Tattoo designs of Japan,” “Studying Horiyoshi 3”, “Tattoos of a floating world,” and nine others.

Kanai is among the best tattoo artists in the world. Although he did not have the privilege to be featured on reality shows, he had the honor of inking some of the most beautiful female celebrities; one of them is Angeline Jolie. During Angelina’s visit to Thailand, she got a tiger tattoo on her lower back from Kanphai.

His name is counted among the famous tattoo artists of Bangkok. The ink he used to make the tiger was chanted with an ancient hymn to bless the wearer. Kanpai also has the title of “most famous Sak Yant Tattoo Artist in the World.” No wonder he has become the best female tattoo artist in the world now.

Portege of Sailor Jerry, Don Ed Hardy earned his name as one of the best tattoo artists in the world with his extravagant style. He is known as the “Godfather of Modern Tattoo.” Hardy studied Japanese classical tattoos on Sailor Jerry’s recommendation from Horihide and started to incorporate Japanese tattoo style techniques in his artwork.

Don and his wife started Hardy Marks Publication and published several books featuring art, including a tattoo time series. He is the ED HARDY clothing line producer and is the mentor to several tattoo artists in his studio Tattoo City in San Francisco.

Keith is one of the best tattoo artists in NYC. Famous by Bang Bang’s name, his clientele included some popular names like Miley Cyrus, Justin Bieber, and Rihanna, among many others. He is listed along with some of the best contemporary tattoo artists by various magazines, and Vogue named him “the most famous and best tattoo artist in the world.” The special thing about his style is that he has incredible attention to detail and creates life-like designs.

Jonathan is popularly known by the name JonBoy. He is famous for inking tattoos on more than 20 thousand people to date. JonBoy is the go-to tattoo artist of the Kardashian family, especially Kendall Jenner. The Beibs has also got inked from JonBoy, among many other celebrities with thousands of followers on Instagram.

His amazing work on Bella Hadid ( a miniature pair of wings on ankles) got him international acclaim for one of the most famous tattoo artists in the world. JonBoy has the mastery of fine lines, delicate and clean art style, which has created a new group of fans interested in such body arts. JonBoy tattoo is now a cult symbol among celebrity-obsessed clientele and post-Millenials.

Ami James is a popular name in the tattoo artist world. Having lived in Egypt and Israel, he was surrounded by a rich heritage, which transformed later into tattoo art. Ami’s name was soon counted in the list of the best tattoo artists after his reality shows NY Ink, Miami Ink featuring his own tattoo studio, Five Points Tattoo of New York, and Love Hate Tattoos of Miami, Florida.

Mark Mahoney is the living legend in the tattoo artist community. He is considered as the “Founding father” of grey and black style using a single needle. He is famous for his black-grey images of girls, religious symbols, guns, bombs, and old colleges.

Mark was the most influential person at the time when the tattoo was illegal in Boston. This earned him the deserved spot as the best tattoo artist in the world.

Filip’s family has always been in the tattooing business. He started learning the art of tattooing when he was 11 years old. By 15, he was working as a full-time tattoo artist in “the Leu Family’s Iron Studio” in Lausanne, Switzerland.

He went on a world tattoo educational tour when he was 17 years old to study various styles and methods of tattooing and expand his repertoire. Filip Leu created the Art Fusion Experience with Paul Booth and is known for Japanese-style bodysuits and back pieces.

We all have heard about Oliver Peck at some point. He is known for his old-school American style. Oliver made a Guinness world record by making 415 tattoos on number 13 within 24 hours, which earned him the spot of most famous tattoo artists in the world.

Pech has traveled all over the world tattooing, and he also co-own two tattoo studios in Dallas and another in Hollywood, California. He is also thE ex-husband of Kat Von D.

Yoji is a Japanese Tattoo artist who moved to the US and did his apprenticeship under Ami James. Later he was also featured in reality TV shows like Miami Ink, where he progressed from apprenticeship to becoming a professional tattoo artist, a husband, and a father. The success of the show made him popular in the community and made him one of the famous tattoo artists in Japan.

Hurtado is an American tattoo artist who specializes in colored, realistic portrait tattoos. He traveled the world to leave his imprints of ink and wisdom in different places. Nikko also shares his talent by holding various seminars on color theory and techniques. He has been featured on Ink Master television and LA Ink shows and participated in Jury for Chaudesaigues Award.

Read More- Beautiful Girly Tattoos for all the Divas Out There

Tattooing is an art, and every tattoo artist is different. However, some tattoo artists are more famous than other tattoo artists because of their unique art style, eye to detail, and skill level. This post covers some of the most famous tattoo artists from around the world, which are cult favorites among people.

If you find this article useful, do not forget to leave a comment down below!