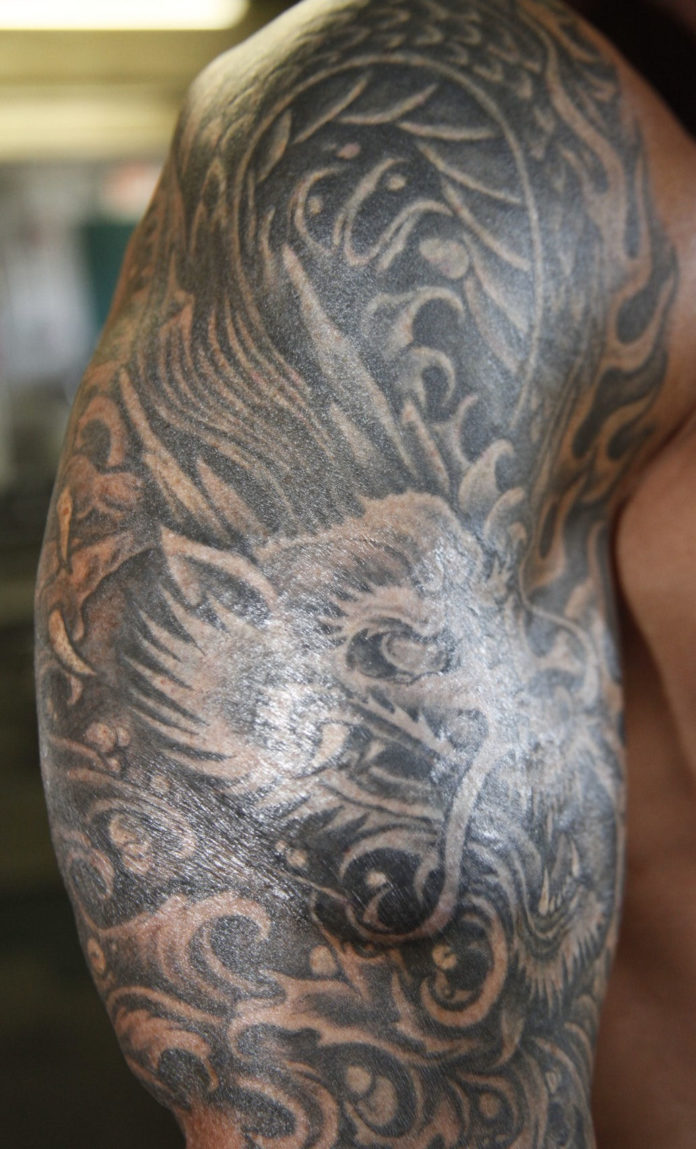 Do you want to have some fascinatingly attractive and meaningful tattoo design to get inked? If yes, then getting inked with some Korean tattoo designs is what you will love.

There are many Korean tattoo designs that are appealing and meaningful at the same time, which you can try for yourself. The good thing about the Korean design is that they provide you with a number of designs to select from. What’s even better is that many designs like a dragon tattoo or a tiger tattoo also have traditional significance.

In the article, we will tell you about some of the best Korean tattoo designs which you can try for yourself.

These are some of the best Korean tattoo ideas and designs which you can try to get inked:

This tattoo is one of the most popular Korean tattoo designs among couples. The double hee tattoo represents happiness and marriage in the relationship of the husband-wife.

The numbers in this tattoo state the yearnings for wife and husband so that they can enjoy a delightful marriage. You can discover the double hee designs at many wedding ceremonies in Korea. Other than Korea, the double hee tattoo is also popular among the people of countries like China, Japan, and Taiwan.

People get this tattoo as the double hee design extends to the corresponding alliance of the Yang (male) and Yin (female). These two are mythological powers that have been obtained from Chinese cosmology.

This Korean tattoo design comes from the Buddhist religion and is a symbol of auspiciousness.

The swastika is an ancient design that was originally perceived from the Indian religion of Hinduism. The name of this design, “Swastika,” also originates from the Sanskrit language, and it means fortune and good luck. In ancient times, the swastika was believed to have heavenly powers which are omnipotent. The symbol is also a representation of the universe and the importance of the universe.

Later the swastika symbol was passed on to Korea and china from India due to the activities of the Buddhist monks.

The Taegeuk Korean tattoo design is a symbol of ultimate survival. This symbol represents that survival has its foundation in fundamental values and human nature.

In Buddhism, this Korean tattoo design means stability and terminal balance. This tattoo, also, like the yin/yang tattoo design, represents the eternal nature of the life cycle. It means that life goes on and on without any stoppage without any hurdles if you believe in the fundamentals of life. Thus this symbol is a representation of human values, life, eternal life, and more.

Life is a struggle, and a person should continuously make efforts to reach the ultimate goal of life – Nirvana. This is what the fish tattoo design in Korea’s culture represents.

According to the Buddhist, the fish has the ability to sleep with its eyes open, and even when it dies, it keeps its eyes open. So, according to this concept, a person should also do good deeds continuously and make efforts throughout the lifelike fish to attain nirvana. The traditional Korean tattoos of fish can also embody the meanings and qualities like independence and fearlessness.

So if you are a person who is independent and fearless, then the fish tattoos can be the best Korean tattoo for you.

The lotus tattoos represent birth and creation. According to the Buddhist legends, the flower of lotus came from the god abdomen who was relaxing underwater, known as confusion.

For this reason, the flower of the lotus is a representation of production, birth, and creation. Other than this, the flower of lotus also rises from the mud and dirty water, so it also represents virtue. It symbolizes that through hard work, you can attain virtue and overcome challenging and hard situations. The lotus flower tattoo also represents that even in the darkest hour, you can have hope and survive.

Another thing for which people get the lotus tattoo design inked on their body is that it is one of the most attractive flower tattoo designs. So if you want a meaningful and eye-catching Korean tattoo design for yourself, then lotus tattoos can be perfect for you.

The government of Korea in 1872, after an event with a Japanese ship and prolonged connection with various other countries, recognized that country needed a nationwide symbol. So they decided to have a national flag for Korea.

In 1882 over the course of years, the layout of the flag was diversified. The flag was forbidden in all of Korea during the occupation by the Japanese. Later the contemporary flag of Korea was designed in the year 1948 for use in South Korea. The current flag of Korea represents the traditional Korean concept of yin/yang and five directions. The central red part of the flag represents the positive Yang, whereas the blue part of the flag expresses negative Yin. This is an old Korean symbol to represent composition and balance.

The dragon tattoo design is one of the most popular Korean tattoos that you will see in Korean culture.

These tattoos are famous among the people in Korea as the dragons represent wisdom, power, fearlessness, and heaven. They are also one of the most artistic designs, which is also a reason for them to be popular among people. So, if you want a meaningful and mythological Korean tattoo, then getting the Korean dragon tattoo design can be the best option.

The Korean tiger tattoo is another fierce tattoo design that you can get when you want to express your personality.

These are some of the best Korean tattoo designs which you can get inked. The good thing about Korean design is that they are meaningful and vibrantly colorful. Other than this, their design also lets you choose the various elements for them like colors, design, combinations, and more.

Korean tattoo designs are one of the most popular types of tattoos that people get when they want to have something meaningful and artistic.