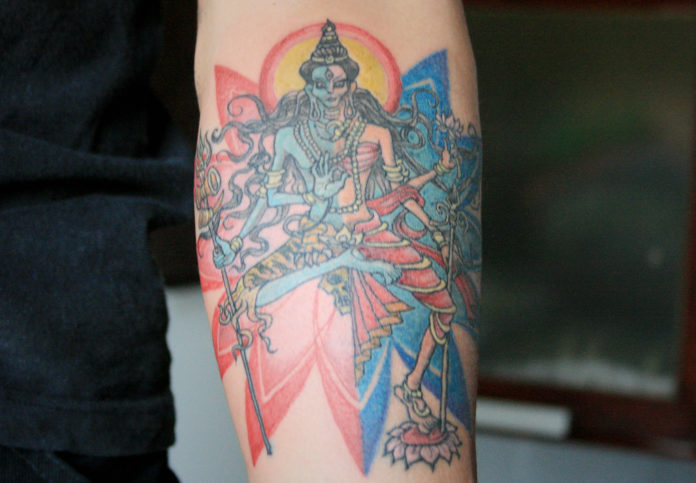 If you are looking for unique tattoo inspiration, then nothing can be better than goddesses from all over the world. Goddess tattoo is a perfect choice to show your belief and present yourself in a better way. The symbolism and deep meaning behind goddess tattoo ideas convey beliefs that are interconnected with emotions and various situations in everyday life.

Life is full of twists and turns. When we go through a rough phase, it becomes difficult to make the right decisions. In such times all we need is a little ray of hope or motivation that can push us harder. Tattoos act as great motivation and can be a symbol of immense strength.

In order to get the right tattoo, you can draw inspiration from different sources. But if you want something spiritual, unique, and motivational, then a goddess tattoo is the one for you. Continue reading the article for amazing goddess tattoo ideas and their meanings.

Different mythologies across the globe always had string figures as goddesses. All the gods and goddesses belonging to different religions, cultures, and countries have an essential role in the universe.

Goddesses symbolize a wide range of things from love, birth, sex to death, reincarnation, and warfare. Below mentioned are some popular goddess tattoo ideas.

Durga tattoo is one of the best goddess tattoo ideas. She is a popular and most essential part of Hindu mythology and faith. Durga is the goddess who symbolizes divine energy. She is the feminine energy that is responsible for managing the balance in the world. Durga is often called Maa Durga (Mother Durga).

The divine power of Durga is symbolized with the help of different weapons in her hands. She is shown to carry 8-10 weapons in her arms, which symbolizes that she protects her believers from evil. Durga is the warrior goddess, but she is also a beautiful and caring maternal figure. It is the best tattoo that you get on your body to show your faith and love.

If you are charmed by Greek mythology, the Greek symbol tattoos are a perfect choice for you. In this regard, you should opt for Athena. She is one of the most popular and powerful creatures of Greek mythology. She is the goddess of war and wisdom.

Athena always stood for peace, wisdom, and strong warfare strength and strategy. She is a true guide and logical thinker, which makes Athena goddess tattoo an ideal choice.

It is a good idea to get an Athan goddess tattoo on your sleeve. Include her shield and gorgeous crown in the design to make the tattoo more fascinating. You can also get an Athena owl tattoo for a more unique and appealing look.

Eos goddess tattoos are one of the most popular choices as they look highly captivating. She is also a Greek goddess, and she is the goddess of Dawn. Eos rises from the edge of the world every morning. She has a Roman name called Aurora, and she plays an important role in Greco-Roman mythology.

Eos has a beautiful rosy color, which is a symbol of feminine energy. It harbors the gates of Heaven every morning. These tattoos are a perfect choice to install inspiration positivity in your attitude.

She has amazing abilities and is a patroness of nature. Moreover, she has the ability to resurrect people. You can get an Isis goddess tattoo in different ways. Some major symbols of Isis goddess include spreading wings, full moon, scorpions, and cobras.

She is believed to take charge of unfavorable conditions and control them. You can get an Isis goddess anywhere on your body but make sure it is visible. An Isis goddess tattoo represents good fortune, healing, travel, and the sea.

Hathor Goddess is also an essential part of Egyptian religion. She is a goddess of the beautiful sky. Hathor is a complex goddess who is responsible for all life on Earth. She is a symbol of music, sky, and fertility. Hathor is the mother of every King or Pharaoh who ruled Egypt.

She is often portrayed as a beautiful woman with Cow horns with the intent to symbolize her substance of beings present on the Earth. In addition to this, Hathor is also considered a symbol of sexuality, beauty, and love. A Hathor tattoo represents multiple things depending on the journey of every person. It is the best representation of life.

Kwan Yin is one of the essential parts of Buddhist mythology and Buddha tattoos. It is believed that she is the one who hears the world’s cries. She has the amazing quality of listening deeply without judging anyone. It means she is one who can listen and comprehend the sound of the world and the cries of suffering. The Kwan Yin tattoo represents kindness and extreme compassion. It is believed that goddess Kwan Yin refused to go to heaven until the last person present on Earth entered it.

The Kwan Yin tattoos symbolize purity and kindness in a person. It is often drawn with a lotus or a dove or next to a willow branch. All of these symbols represent kindness and purity.

A post shared by Joy Shannon & the Beauty Marks (@joyshannon)

If you are someone who likes the Wicca world, then the triple goddess tattoo is for you. Triple goddesses are used for the goddess who has three aspects like Hecate, Artemis, and Diana.

Triple Goddess Tattoo is also known as the moon goddess tattoo. It is a popular Wiccan symbol that represents three phases of the moon. The triple goddess shows different parts of the lunar cycle with the presence of the moon in its three phases, which are waxing, full, and finally, the warning.

Triple goddess tattoo or moon goddess tattoo has a deep meaning associated with it. It is representative of various aspects of feminine power, including creative energy, psychic insight, wisdom, and mystery.

In the triple goddess tattoo, the waxing moon, which represents Maiden, symbolizes purity, new life, and youth. The full moon is the Mother, and it represents fertility, caring, and power. Finally, the waning moon is Crone, and it represents maturity, knowledge, and rebirth.

Lakshmi tattoo is one of the most popular Goddess tattoo ideas. She is the goddess of wealth, prosperity, and fortune in the Hindu religion. Lakshmi is the wife of Lord Vishnu, and she is the divine energy. There are eight forms of Goddess Lakshmi, which represents eight types of prosperity and wealth.

Lotus flower is often related to Goddess Lakshmi. She sits on the lotus flower and also holds one in her hand. A Lakshmi tattoo represents wealth and fortune. If you want a tattoo associated with high positivity and good fortune, then Lakshmi goddess tattoo is the perfect choice for you.

Different mythologies and cultures have different gods and goddesses. In this regard, Freya belongs to Norse mythology. Freya means lady, and she symbolizes lust, beauty, love, sex, and the bewitching sorcery of charming men around her.

In addition to this, Freya was also the goddess of death and gold. It is a good idea to wear a Freya tattoo on your body as it is highly encouraging and will inspire you to become the lady you have always wanted to be. Freya is an ideal goddess, and a Freya goddess tattoo will inspire you to take over the world while being yourself. It is a perfect combination of lust and loving purity.

Inanna is one of the popular Sumerian goddesses. She is the goddess of beauty, fertility, love, and war. Inanna is the embodiment of sexual drive and femininity. Having an Inanna tattoo is the best way to represent creativity, self-confidence, and sensual energy.

Get a horse, star, or a lion drawn inside the circle as they all are her symbols. This tattoo will inspire you to follow your heart and be the best version of yourself. Inanna goddess tattoo represents the power of creation and divine feminine power.

Venus goddess belongs to Roman mythology. She is the goddess of beauty, love, and sex. In addition to this, she was also a goddess of fertility and victory. Venus is the embodiment of glory due to her flawless beauty. She is a symbolic representation of everything that is feminine.

According to mythology, she gave birth to many children who symbolizes fear, harmony, and terror. She is often portrayed rising from the sea on a beautiful lotus flower. The Venus goddess tattoo will always inspire you to recognize your inner beauty and strength and to follow your passion.

Different cultures and religions have a wide range of tales that are related to different gods and goddesses. If you want to get a mythological tattoo, then the goddess tattoo is one of the best choices for you. There are different goddess tattoo ideas like Durga tattoo, Athena tattoo, or venus tattoo that you can get inked on your body.

Goddess tattoos represent positivity and divine feminine power. They are best to present your faith and dedication towards energy and divine power. In addition to this, it will also give you a classy look. Now, get your goddess tattoo and share your experience with us by dropping a comment.