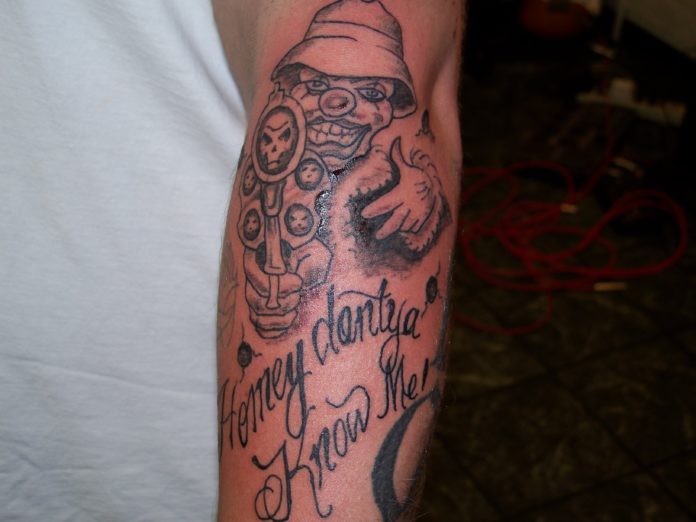 The Chicano tattoo designs are one of the most startlingly gorgeous styles for anyone who wants to get themselves something to stand out of the crowd.

Chicano tattoo styles, with their deep cultural roots and meaning, are something that is a perfect body art anyone can get. These tattoo styles with an enticing and powerful political and philosophical heritage are popular among folks for their significance as well as eye-catching tattoo designs.

However, a tattoo is a permanent body, and thus, knowing all the aspects before getting a tattoo is essential. Thus in the article below, we will tell you all about the Chicano tattoo, including Chicano tattoo designs, style, and art.

What Does Chicano Tattoo Mean?

The word Chicano refers to a boy or man who has Mexican origins or descent. Like any other culture, the Mexican people have great pride when it comes to their culture and origins. This can be seen among the people living in the USA, as the cultural practices of the Chicano people have become a part of life. It was possible because even after leaving their country, the Chicano people kept their cultural practices intact.

One thing to know about the Chicano tattoo designs is that they are generally done in black ink. Other than this, various designs are specific according to the cultural experiences of the Chicano person.

Some of the common Chicano styles that you can see include murals, portraits, religious affiliations, and numerous other fonts.

The term Chicano was first created to classify the people who were living in the USA but had Mexican descent.

However, this term was not sweet-talking until the 1960s. It was considered Hippocratic slang, but later during the Chicano movement in the 1960s, the Mexican people took it as their identity.

Before World War II, the Chicano people faced discrimination, but later they had wide social acceptance. This acceptance was the result of their efforts in the war as they fought side by side in the war with the other Americans. Although the cost of living in the big cities made the Chicano people move to the suburbs, which were known as ‘Barrios.’ From these Barrios, the new Chicano art originated.

The youth of these suburban areas started to wear a specific cloth style. They used to wear plumes, disk capes, big chains, and clothes to reflect their status in society.

The Chicano tattoo is believed to have originated among the members of the Pachuco gang in the 1940s. This gang was prevalent in California, New Mexico, and Texas during this period. In the beginning, the tattoo was made using a type of ink and some sort of sewing needle.

Some of the classic tattoo designs include themes like skulls, women, religious figures, and flowers. Chicano tattoo lettering styles are also a popular classic theme which you can see widely in use.

The Chicano tattoo lettering styles are normally done to remember the loved ones that have been lost.

Variations In The Chicano Tattoo Styles

As we have mentioned above in the article, there are various Chicano styles of tattoos. So, if you are thinking of getting a Chicano tattoo, let’s dive into the various popular designs.

Religious Chicano tattoo styles are one of the most popular designs among the people of Mexican origin. This is understandable as according to the data, 83% of the Mexican population is catholic.

This means that religion has been passed down from one generation to the next. Thus some of the popular tattoo designs you can get may include Jesus, crosses, and the virgin mary, among the various catholic symbols. Other than these styles, the sacred heart tattoo is also a popular design that you can get as your Chicano tattoo. One thing that is common in religious tattoos is that they are mostly in grey and black colors.

The idea of the clown tattoo revolves around the concept of not to show any type of weakness. Smiling now and crying later is to represent the attitude of the Chicano people. It tells about the times where they have to take this attitude when they face tough times in the neighborhood.

Other than this, the Chicano people also view the clown as a representation of gambling. It symbolizes the potential of gambling or playing games with life by taking risks.

The bandida tattoo or the women tattoo are also a popular Chicano tattoo type you can get. This tattoo has significance as the chicano’s body is a major part of the Chicano culture. Some popular designs in this type include the common Mexican women or icons like Marilyn Monroe.

The Chicano people also get this tattoo style to remember the women they love or the ones they have lost. Other than this, the women are also chosen for their beauty and adorable body. The bandida Chicano tattoo is also popular among the women; as you can see among the gang, women to adore their bodies.

Often the bandida tattoo art is combined with other things like skulls, guns, and dollars. These things symbolize the frailty of human life.

The Chicano bandida tattoo styles are one of the best you can get. It is a body part that will make you stand out from the crowd and will give you something to flaunt among your friends. You also get these tattoos to express your love for the women in your life, like mother or wife.

The lowrider cars have been an important part of the Chicano culture. Although all of these cars are just a type of Chicano art, they are also a symbol of social status.

In most of the cases where the lowrider car tattoo is inked, it will be a car with a lowered suspension. These cars, along with signifying the social status, also have other meanings like a memory attached to them.

The Chicano tattoo lettering style is famous for its elegant font and meanings. These are commonly to express the various messages or memories that a person wants to portray.

In many cases, the Chicano tattoo lettering designs are used by people as a memorial. They generally get some dates, time, or names which signify the love for the particular person. These are normally in combination with the portraits. The only thing to remember is that the fonts in this style can change the outlook of the tattoo, so choose one which you feel is the most eye-catching.

The eagle is a common symbol in the Chicano tattoo styles. It symbolizes various things like freedom and success.

The Chicano tattoo is characterized by the grey and black ink along with the finest application of the lines and shading. Thus it makes it perfectly suited for the large tattoo designs like the visages of ancient Greece.

So, you can get various neo classic figures inked like the blindfolded lady justice, Plato to signify the knowledge. Other dramatic figures are also popular neo classic Chicano tattoo designs, which you can get.

A Chicano tattoo is one of the popular tattoo art which you can get to signify your descent or other things. This tattoo style provides a wide variety of options, including portraits, letterings, murals, and more.

Moreover, if you are someone who is proud of your culture and descent, then the Chicano tattoo styles are perfect for you. These tattoo designs are also an amazing option to remember someone you love or lost one’s.