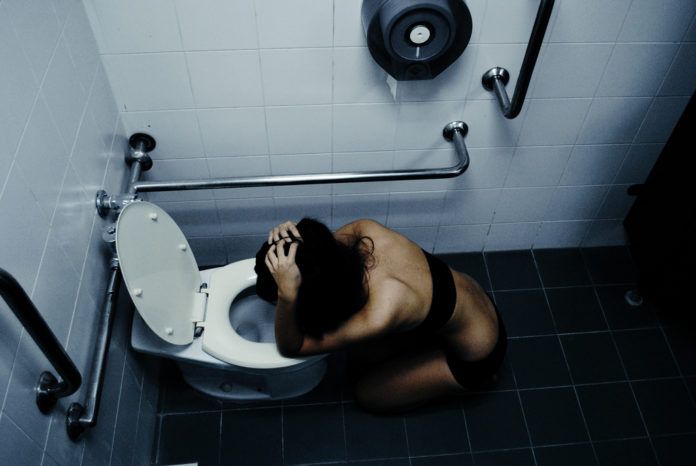 You may have heard about Bulimia? Have you? But do you know what it is and how it can affect a person? We have the answer to all these questions. Bulimia Nervosa, or as commonly known Bulimia is a severe psychological disorder for eating. In it, a person eats a large amount of food in a single go, followed by purging or other methods to avoid weight gain.

Purging generally involves various methods like vomiting or use of laxatives, fasting, or excessive exercising. People suffering from Bulimia also act secretly like people with any other disorder due to guilt or shame of their behavior.

People with this disorder can sometimes go to lights to hide their symptoms, which may result in their social and psychological isolation. So how do you identify Bulimia?

We have the answer to this question. In the article below, we have put together all the information for Bulimia varying from its symptoms to diagnosis.

You will also find other aspects related to this disease like its cause, physical, and psychological effects in the article.

When it comes to identifying the symptoms of Bulimia, they can be categorized into three parts, physical, emotional, and behavioral.

Dentists can easily identify a person with Bulimia. This is because due to self-induced vomiting, a dental erosion of tell-tale pattern on the teeth’s internal surface appears. Other than this, there are many other ways to identify Bulimia as its symptoms in different people vary.

Some common symptoms are:

Puffy cheeks are also a noticeable sign with people who’s purging involves vomiting. Russel signs as known medically or calluses on the back of hands due to their insertion in the mouth for forced vomiting is also a visible sign.

In later stages of the Bulimia, the signs of calluses may not even be visible as the person may develop the habit even without any mechanical stimulation.

READ MORE: Clean Your Teeth To Avoid These Potential Diseases

The common behavioral symptoms of Bulimia may be noticed by family and friends. One of them is distancing from people and being secretive. Other symptoms are:

Noticing the emotional symptoms is hard in comparison to the behavioral symptoms. However, they can be noticed by friends and family even if they are not aware of purging or binge behaviors.

This can be done if they pay attention to the person’s behavior. Although the emotional issues are not specific to Bulimia, they come to notice.

The symptoms and signs of Bulimia can be reversed by using treatments. The best thing you can do for it is to consult a doctor, but if you don’t have any specialist, you can also go to a food physician.

Bulimia is characterized by:

In addition to these criteria of diagnostics, people may also experience purging and binging for a period of at least one week in a frame of three months, and they must not have the condition of anorexia.

READ MORE: Know Everything About Allergies in Kids

When it comes to determining the causes of Bulimia, the exact causes are unknown. However, some factors which may play a role are:

People with Bulimia commonly also have mental health conditions that may be co-occurring. Some mental conditions may be depression, obsessive-compulsive disorder, stress, anxiety, and substance abuse disorder.

Treatments of the Bulimia involve focusing on the purging and binging behaviors, along with replacing the negative thought process with positive things.

Physiotherapies that are helpful in the treatment of Bulimia include mainly three forms of it. These are:

The approach in the DBT includes the CBT and focuses on improving mindfulness, enhancing relationship therapy, learning skills for management of emotions, and tolerance for distress. Thus it helps in improving the person’s mental and psychological condition.

In this approach for the treatment of Bulimia, the focus is on the caretakers or the parents. They try to control the eating habits of the individual.

This controlling is done until the individual is again able to gain control over their eating habits and meal planning. Thus it is one of the most effective therapies for bulimia treatment in children and teenagers.

The medications for the Bulimia vary and, in some cases, may also include the use of antidepressants.

These are some of the medications which doctors use for the treatment of Bulimia.

WARNING: Self medication can lead to severe health affects, always consult a Doctor prior.

There are many ways to cope with the Bulimia; some common ways are:

These are some of the common ways in which you can try to cope with Bulimia.

Bulimia is an eating disorder that can be life-threatening if on the severe levels. It can impact a person’s physical health as well as mental and social well being.

In the article, we have put together all the information which you may need to understand Bulimia. You will find aspects like its symptoms and diagnosis in the article.

How To Treat Sleep Disorder Or Insomnia?