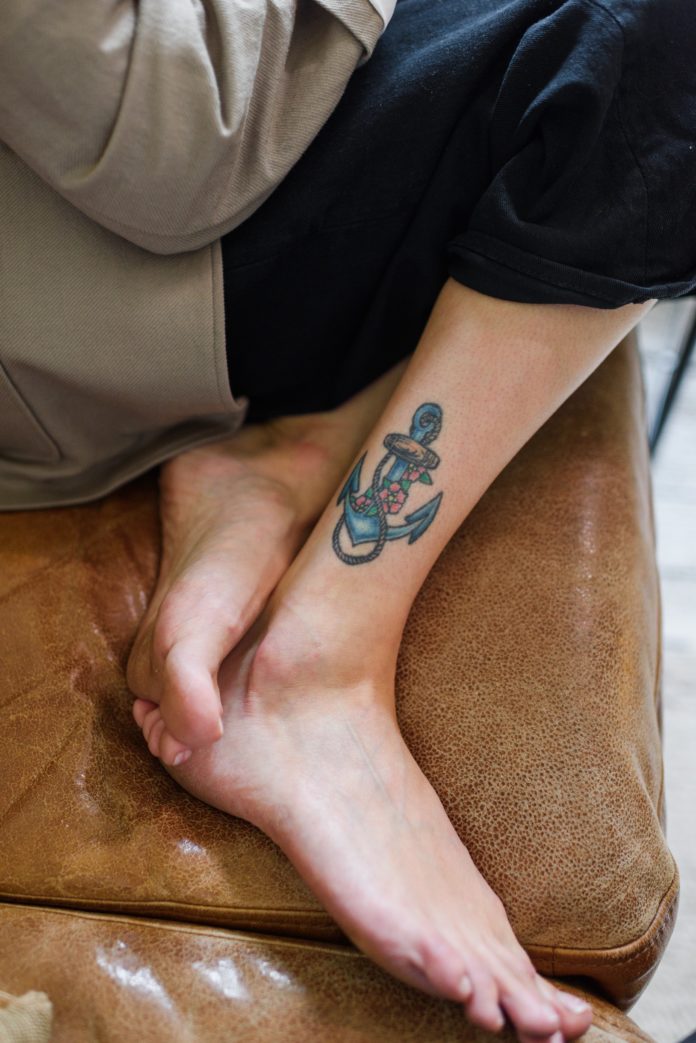 Getting a tattoo is an amazing form of art for self-expression which a person can get. To get yourself inked with a brand new tattoo is also a huge commitment and thus, choosing a design that is expressive and meaningful becomes vital. But how to choose a tattoo design? The answer depends on your taste and the popularity of the design, so if you are the one who loves the sea, then getting an anchor tattoo will be the best decision.

Anchor tattoo designs have been popular for a century, specifically among the people who love the sea, like the sailors. It is also a very popular tattoo design among men as it is a sign of masculinity.

What made the anchor tattoo even more popular is that it is considered a symbol of hope and salvation among the folks. Although, after centuries, it has become a gender-neutral tattoo, it is still a sign of hope, stability, and strong will power.

Anchor tattoo is also one of the most timeless tattoos, so it can be the best tattoo to get yourself inked with to express your strong and stable personality.

Although there are a lot of anchor tattoo designs that you can try, we have compiled together some of the best in the article below. These designs with meaning in the article will look pretty and let you silently express yourself.

What more inspiring than a tattoo with meaning? Yes, anchor tattoo is also a popular design that has a deep meaning with a history that will inspire you to get it ASAP.

Anchor that is the basis of this design has a long history that goes back to thousands of years. The anchor is also linked to Christianity as the Romans persecuted the people who followed Christianity.

Thus, to avoid the Romans, and express their faith, the sign of anchor came into use. It symbolized hope and religion without being caught. It was a prominent way of expressing Christianity under the Roman empire.

In the Bible, the book of Hebrews, it even says,” We have this hope as an anchor for the secure, firm and soul.” Saint Clement’s cross is also an anchor, and this because he was one of the first martyrs of Christianity who was thrown into see for his faith.

The anchor came into prominence as he was thrown while tied to an anchor meeting his death. Thus the anchor tattoo meaning is faith and hope in Christianity.

READ MORE: All About Protection Tattoos

There are many popular anchor tattoo designs that you can get yourself inked with. Some of these are:

A classy, colorful design of anchor tattoo in which anchor is stringed through a rope. In this design, for an interesting look, the tattoo is surrounded by bubbles, which gives it the look of an underwater anchor.

The anchor is a symbol of hope, calmness, and steadfastness. Thus this tattoo with a date is for remembering a memorable moment with significance to the tattoo wearer.

Want to add something attractive to the anchor tattoo designs? Well, the answer is the addition of some flowers into the classic old style. The addition of the flowers in the tattoo gives it a vibrant look that is fascinating to look at.

In this design, flowers are added around the anchor with a wooden accent below the ring of the anchor.

One thing to know about this anchor tattoo is that the various wood in this design signifies various things. Thus use the one that gives a message in accordance with you.

You can also add a word at the bottom of it for a more personal touch, like the ‘ohana,’ which means family in Hawaiin.

In this design, you can vine your anchor by wrapping it with some flowers. It is a perfect design for a dark black shade anchor tattoo as it gives the anchor tattoo a gentle and soft look.

The addition of flowers makes this tattoo a female-friendly tattoo that can signify their strong and stable personality. This tattoo is also perfect for signifying women empowerment as it shows that the wearer is a strong and stable woman with will power.

The colorful flowers in this anchor tattoo design is a perfect choice. These flowers give the dark anchor in the middle a more expressive look.

One thing to remember while choosing the flowers is that choose one that suits you. This is important as each type of flowers have their own meaning. For example, rose is generally associated with hope, beauty, and balance.

Want to try something different in the anchor tattoo? Or a unique tattoo? If yes, then the unshaded anchor window design is perfect for you.

In it, the arrow in the anchor is uniquely designed, in which the borders of the arrow are turned in an oval window. This is a simple anchor tattoo, which is designed in black but is very eye-catching.

The window symbolizes courage and growth and thus a great option for getting yourself inked.

Inside the window, you can also get something like a ship sailing the sea, which shows your love for the sea along with wanderlust. One thing to know is that this anchor tattoo looks beautiful in its black outline as it makes it expressive.

Red Anchor With A Cross

This anchor tattoo design has been popular among people for its prettiness and connection with faith. What makes it stand out from the rest is that it allows the wearer to carry their faith without being too expressive of it.

A sword is a great option for tattoos, but it can be too much for some people. A good alternative for the sword tattoo is the sharp anchor tattoo. In this tattoo design, the sword is done in a way that it masks the shape and looks like an anchor.

For a more interesting look, you can get the upper part of the anchor designed in a way that it looks like a sword’s handle. This simple anchor tattoo is elegant yet attractive, which you can get for yourself to look different and show your warrior spirit.

Rose is a symbol of love and pain; however, it is not the only symbol. Thus to get something different than the regular, you can get this anchor tattoo design. In it, a small heart is accentuated over the stock of the anchor, and for fluke, the devil’s thorn is there with a pointy crown.

This tattoo symbolizes the same and gives you an alternative if you don’t want to go for the regular rose design.

An anchor is just a single part of a successful voyage. So if you want to add something more impressive to the tattoo, you can go for compass in the background.

You can also add other instruments and the captain’s wheel to this design. Such additions complement the life of a sailor and show love for the sea. This mixed tattoo design signifies that a person is bohemian and free who loves the sea.

If you want something that looks like an anchor but is completely different, then you can go for this design. In order to make it eye-catching the shank of the anchor is replaced with a lighthouse in this design.

For completion of this tattoo, a rope is added in combination to the lighthouse, which circles around the lighthouse and anchor’s bottom. This tattoo is a pretty, and small anchor tattoo that you can easily get anywhere on the body. This signifies that the person is hopeful and has faith even in the darkest of days.

If you want an anchor and heart as a tattoo, why don’t you combine them in a single tattoo? This anchor tattoo design is very different from the other as it combines a heart and anchor together. This makes it stand out from the typical anchor tattoos.

To make it more alluring, add a text in the middle, and wrap the heart in the rope. The rope then connects it to the anchor.

Anchor tattoos are symbols of hope, faith, and strong will power which are signature qualities of a good personality. So you can get these tattoos to express your strong independent personality.