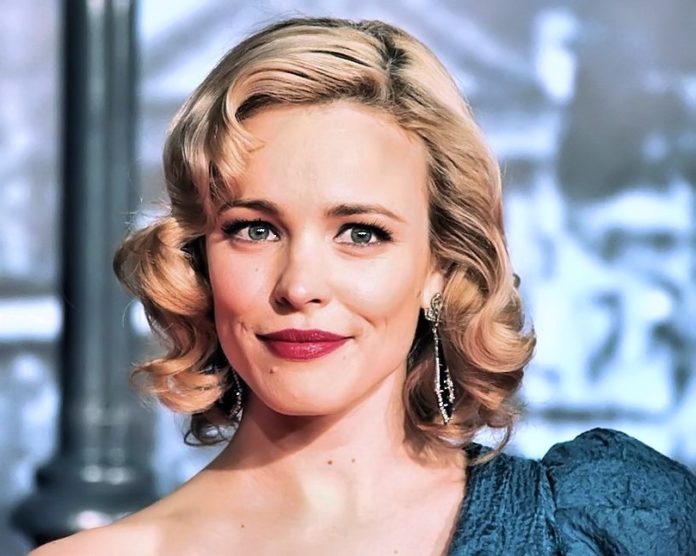 Although she is popular for her work in movies, Rachel also graced the small screen Canadian series 2003-2005:Slings & Arrows” and an HBO crime drama show in 2015″ True Detective.” In 2016 Rachel played the role of Christine Palmer in a Marvel movie “Doctor Strange” which collectively made a gross revenue of $577.7 at the box office. In the year 2020, it was announced that she will reprise the role in Doctor Strange’s sequel “Doctor Strange in the Multiverse of Madness.

Rachel has co-starred along with Will Ferrell in a Netflix Musical in 2020, “Eurovision Song Contest: The Story of Fire Saga.” In the first week of release, this series became the most-streamed series on Netflix in the U.S.

Read More- How Much Is Jermaine Dupri Net Worth?

Rachel McAdams was born on November 17, 1978, as Rachel Anne McAdams in London, Ontario, Canada. Sandra, her Mother, was a nurse, and Lance, her father, was a truck driver. She has two siblings Daniel and Kayleen, and together these three kids were raised in a Protestant household. She was four years old when she learned how to figure skate. Rachel participated in many skating competitions and won several regional awards; however, she quit skating at the age of 18 and focused on an acting career instead.

As a student, she used to play soccer, badminton, and volleyball and was also a member of the student council and Peer Helping Team. McAdam attended Shakespeare and Disney summer camps in her youth and used to perform with Original Kids Theatre Company, London, when she was only 12 years old.

Rachel used to direct children’s plays in her teen years and also appeared in school productions. She won the Sears Ontario Drama Festival acting award in 1995. After completing high school, Rachel got enrolled in the York University of Toronto and got a Bachelor’s degree in Fine Arts honors.

Rachel made her first-ever debut on television in 2001 by appearing in the “Shotgun Love Dolls,” an MTV pilot, and in one episode of “The Famous Jett Jackson,” a Disney Channel series. In 2002 she played roles in movies like “Perfect Pie” and “My Name is Tanino,” and also co-starred with Anna Faris and Rob Schneider in “The Hot Chick.” This same year she was also guest-starring on the science-fiction series “Earth-Final Conflict” and “Guilt by Association,” a TV film. From 2003-2004, Rachel McAdams played the role of Kate McNab on “Slings & Arrows” in a total of seven episodes.

She got her first break-out-role in the Mean Girls 2004 as Regina George, written by Tina Fey. Rachel co-starred with Amanda Seyfried, Lindsay Lohan, Lacey Chabert, Amy Poehler, Ana Gasteyer, and Tim Meadows, “Saturday Night Live” alumni. This film generated $130 million in the box office and was adapted into a Broadway musical eventually.

McAdams took a break from Hollywood from 2006 to 2007 and turned various roles like “The Devil Wears Prada,” “Get Smart,” and “Casino Royale.” “Mission: Impossible III.” After this one-year-long break, she returned in 2008 with the movie “The Lucky Ones” and “The State of Play” in 2009, followed with “Sherlock Holmes” and “The Time of Traveler’s Wife.”

Sherlock Holmes earned $524 million, which is more than enough to get a sequel, and this earned Rachel a reprise role as Irene Adler “Sherlock Holmes: A Game of Shadows,” 2011. In 2010 Rachel co-starred with Harrison Ford and Diane Keaton in the “Morning Glory” and “Midnight In Paris” in 2011, 2012 “The Vow,” and “To the Wonder.”

In 2013 she starred in a romantic comedy film “About Time,” and the next year, she again co-starred with Philip Seymour Hoffman in “A Most Wanted Man,” a spy thriller. 2015 Rachel voiced for the Mother in the movie “The Little Prince” and also starred in “Aloha,” “Everything Will Be Fine,” “Spotlight,” and Southpaw.” She also got to play the role of Detective Antigone in season two of “True Detective.”

Later McAdams joined the Marvel Cinematic Universe in 2016 and appeared in the movie “Disobedience.” In 2018 she co-starred with Jason Bateman in a dark comedy film, “Game Nights.” In 2020 she did the role of Icelandic singer named “Sigrit” for the Eurovision Song Contest which fortunately earned Grammy and Academy Award nominations for the music.  Rachel Mcadams hhas a successful career history which earned her this huge net worth,

Read More-Net Worth Of Donnie Wahlberg

Rachel McAdams started dating Jamie Linden, a screenwriter, in April 2016, and they have a son together born on April 10, 2018. Earlier she dated her co-star from “The Notebook,” Ryan Gosling, and also Micael Sheen co-star from “Midnight In Paris ‘. McAdams is utterly passionate about the environment and has launched an eco-friendly fashion and lifestyle website in 2017 named “GreenIsSexy.org.”

She had appeared in promotional videos for the Food and Water First campaign in 2013 and also volunteered for Habitat for Humanity. McAdams visited Louisiana and Mississippi in 2015 to help with the clean-up efforts of Hurricane Katrina. Rachel has worked with various charitable organizations and is also a member of the anti-corruption organization Represent Us; she is a member of their cultural council committed to “unrigging corrupt political systems in America.

The Hollywood Film Awards named Rachel McAdams as the Breakthrough Actress for “The Family Stone,” “Red Eye,” and “Wedding Crashers.” The entire cast of “Le Petit Prince” won an Award for Best Vocal Ensemble For Behind the Voice Actors. Rachel has also received 7 MTV Movie Award nominations and also Best on Screen Team along with the entire cast.

She earned the title of Breakthrough Female for “Mean Girls” and also the Best Kiss for “The Notebook.” Rachel has received 19 Teen Choice Award nominations and won the prize seven times: Choice Movie Love Scene, Choice Movie Actress: Drama, Movie Liplock, Actress: Comedy for “Wedding Crashers” Movie Chemistry for “The Notebook,” and Movie Actress: Action Adventure for “Sherlock Holmes.” Rachel the supporting actress of the year 2005 and also a Female star of the year 2009 by ShoWest Convention. Rachel McAdams has also received one star in 2014 on Canada’s Walk of Fame.

Read More- How Much is Jerry Seinfeld’ Net Worth?

Here are some popular quotes by Rachem McAdams to inspire you.

I have a certain curiosity for life that drives me and propels me forward.

I love auditioning. Since “The Notebook” and “Wedding Crashers,” I don’t have to audition anymore, and I miss it. You get to show your interpretation of the character. I get nervous when I don’t audition. What if they hate what I want to do?

I’ve discovered as I’ve grown up that life is far more complicated than you think it is when you’re a kid. It isn’t just a straightforward fairytale.

I definitely believe that you are drawn to certain things for inexplicable reasons, but in a very powerful way. I don’t know what it is exactly, but I know that things happen kind of miraculously sometimes, and so I’m willing to believe that there’s something pretty magical out there.

I’m not an amazing cook, but I can follow a recipe.

I drink maple syrup. Then I’m hyper so I just run around like crazy and work it all off.

I love books where you can’t get out of bed. You want to consume them in one sitting, devour them. Those are my favorites, where you’ve almost abandoned your life for them. That doesn’t happen every time, but those are the best.

I feel like I’m going backwards, actually, as I get older. I’m regressing. I feel more and more like a kid, which is kind of a fun feeling.

Running through airports with pounds of luggage – that’s a good workout.

During a movie, chemistry is so important, and yet they just assume actors can fake their way through it. That doesn’t always work.

I love vintage clothes. I have a real passion which probably comes from the days of my mum who had this great dress up box that she put all her clothes from the 60s and 70s in – platform shoes and jumpsuits and boots.

You really don’t have a life when you’re working. I always think “oh, I’m gonna see everybody on my days off. I’m gonna read so many books and see so many films” and then three months go by.