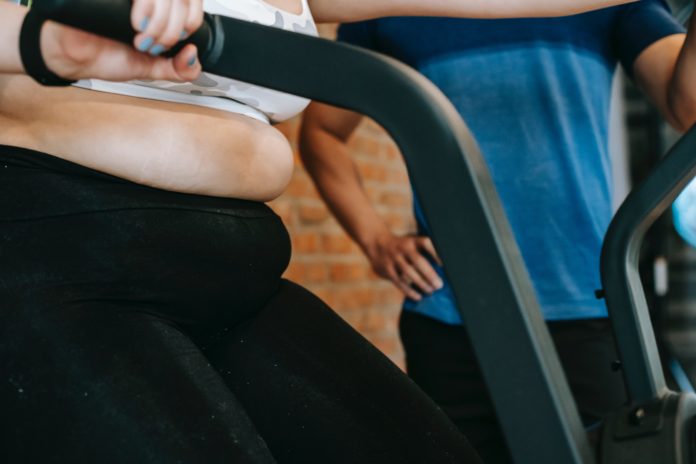 Let’s be clear, we all have areas of excess body fat. Women naturally store more fat as compared to men, which is why some women are struggling with stubborn fat areas in their bodies. Diet and exercise can not cut off all the excess fat that we would like, and this is the reason why people are inclined more towards surgical methods nowadays. Not all surgical methods are invasive. One of the most trending noninvasive procedures is called “CoolSculpting.” This process freezes away the tissue for effective fat loss stimulation.

If you want to know what CoolSculpting is, how much it costs, its side effects, and many more such things, then keep reading this post.

CoolSculpting is unlike standard body-contouring procedure. Most cosmetic fat removal procedures involve surgery or lasers, which can damage the healthy tissue damage causing bleeding or bruising. The results will be great, but they come with their own drawbacks.

This was when a team of Harvan scientists came up with a noninvasive solution to eliminate excess fat from the body. CoolSculpting is a technique to reduce fat bulges from the body permanently using a biological process called cryolipolysis. This procedure involves killing fat tissues and cells using colds.

In CoolSculpting treatment, tiny crystals start forming inside the fat cells, which eventually die off after being eaten by other fat cells. The process continues for several weeks, and dead fat cells are broken down and are dissolved by your body, then are eliminated via the lymph drainage system. All of this occurs without any knowledge of the recipient, without any exercise or diet changes.

Within four to eight weeks, you will start seeing changes in your body and get full results by 12 weeks. If you require a second treatment, it is advised to get it by the eighth week. People frequently get more than one session, especially women.

The best part is that once all the fat cells are gone, they are destroyed for good. If you ever gain fat at some point, it will be evenly distributed and not only in the targeted places.

How Does CoolSculpting Work?

For the CoolSculpting procedure, different shapes and sizes of applicators are put over the gel pad for a certain amount of time at a specific temperature. There is about 20-25% fat cell reduction on average.

The candidate should have a good body weight and good skin elasticity. Your fat should be pinchable then only it can be frozen. One of the best things about CoolSculpting treatment is that there is downtime required. After you are done with your fat-freezing session, you can go back to work.

Generally, the session lasts for 30-40 minutes. In case you are getting sessions for multiple body parts, the sessions could go upto 1 hour. The applicator, which works under the chin, is a shallow cup and takes only 45 minutes. The outer thigh area requires one hour to 15 minutes.

The CoolSculpting device feels cold on the skin for the first few minutes after activating, and after that, you will not feel anything at all. Once the equipment has done its job, the practitioner will massage the treated area to break the crystallized fat cells. Initially, the targeted area will be raised a little, making it noticeable, but after the massage is done, you will not see anything.

Read More- These Are The Best Detox Drinks For Weight Loss

How Much Is CoolSculpting Cost vs. Other Procedures?

For many years the only way to get rid of excess body fat has been Liposuction. According to a statistics report of 2018 by the American Society of Plastic Surgeons. An average surgery costs $3,518, which is way more expensive than CoolSculpting, which is $2000 to $4000 per session, depending on the body part.

Kybella, another FDA-approved fat cell destroyer, treatments costs equal to CoolSculpting but are not as efficient. Instead of only targeting fat cells, Kybella kills whatever comes in contact. If you plan on treating your double chin, you might end up damaging the nerves that move your mouth.

Here are some of the most frequently asked questions about the CoolSculpting procedure.

How to Prepare for session?

The candidates should not take any anti-inflammatory drugs like aspirin before they go for the CoolSculpting procedure. You may also limit your caffeine intake before undergoing the procedure.

What Are The CoolSculpting Side Effects?

You may experience bruising, swelling, and skin sensitivity in the targeted areas. These areas will feel a little tingly for about two to four weeks. In the fourth week, you will start seeing a difference in fat appearance.

This procedure does not involve any risk of frostbites. However, one very rare but serious side effect is paradoxical adipose hyperplasia. This can gradually cause enlargement of the area but is completely treatable.

Yes, after three to four weeks of your CoolSculpting session, you will start to notice visible fat reduction. It takes eight weeks to see a dramatic difference after the treatment. By this time, 90 percent of the targeted fat cells will be removed; however, the results will continue to improve until six months.

How Much Is CoolSculpting Cost?

The average CoolSculpting cost is between $2000 to $4000 per session. The total cost depends on the body area being treated.

Read More- Active Gym Games That Will Cheer Up Your Kids

CoolSculpting is an idea for adults with large areas of stored fat pockets, which does not go away with exercise and diet. It is cheaper than many that surgical weight cutting procedures like Liposuction; the cost can increase depending on the number of areas are treated.

The Best And Effective Face Washes For Dark Spots