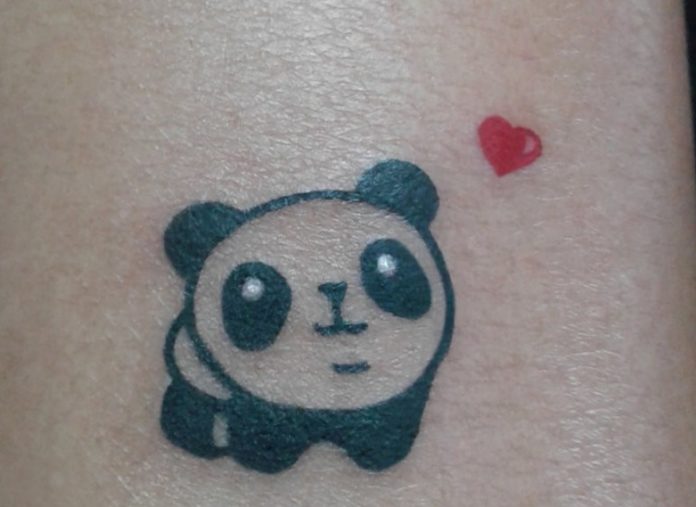 Do you want to get inked? Want something meaningful and attractive that also has cultural roots? Then getting some Chinese tattoo designs can be the best bet for you.

The Chinese tattoo design has been in the trend and vogue among western people for more than a decade now. Chinese symbols are tiny pieces of art, magnanimous, unfathomable, and exotic. The good thing about the Chinese tattoo ideas is that they give you the option to choose between a wide variety of options.

In the article, we will explore various meaningful and eye-catching Chinese tattoos which you can get inked.

These are some of the most popular Chinese tattoos which you can get for yourself:

The snakes have been a part of Chinese culture and traditions for centuries. They are some of the most fascinating creatures with deep meaning behind them, for which people get inked with this symbol.

The snakes have been popular among the Chinese people as they are associated with things like generative and regenerative capacities. They are also a symbol of transformation and rejuvenation among the people. Other than the Chinese culture, the snakes have also been a popular part of other cultures like the greek. In the greek cultures, the snakes represent the medicine good of greek mythology.

They represent healing, reviving, and medicine in the greek culture. In short, the snakes represent a number of deep meanings and are associated with a number of things. This is why people love to get inked with snake symbols. The good thing about the snake Chinese tattoos is that they let you choose among the colors, designs, and patterns. You can either go for a full-fledged dark snake tattoo or a colorful and friendly-looking one.

Other than this, geometrical tattoos are also a famous design among snake tattoos.

The good thing is that dragon tattoos are one of the most widely popular designs among ink lovers. In Asian culture and history, the dragons have been one of the most cherished and respected creatures. They have been a part of Asian mythology for thousands of years. The dragons are associated with meanings like independence, talent, pansophy, sense, competence, longevity, and good luck.

In the Chinese dragon tattoo designs, you can either go for standard ones or the jade dragon. It all depends on you, but one thing you can be sure of is that they all look fascinatingly beautiful. One good thing about the dragging tattoo design is that they give you the option to choose between dark tones and some vibrantly colorful designs. There is no end to design and color options for these fire-breathing mythical creatures.

The dragon designs are motley popular in the form of Chinese back tattoo ideas among ink lovers. This is because it is a traditional Chinese tattoo that requires space for placement.

The Chinese calligraphy tattoo designs are some of the most fascinating and artistic designs you can get inked. They are popular among enthusiasts for being the highest examples of fine art. The good thing about the Chinese calligraphy tattoo designs is that they allow you to get inked with some word or a phrase. What’s even more is that you can do this in a unique and exquisite style.

These tattoos also allow for some of the most attractive balance of the color and patterns for the tattoos. The tattoos are most popular for reasons like remembering a loved one, reminding of an important day in the life, or showing love. This is why tattoos are also a type of love tattoo.

Do you want to get inked? But don’t dont want something large or extensive on your body? Well, then getting inked with the Chinese letter tattoo idea can fulfill your needs.

The Chinese single letter designs are one of the most popular ones among the other Chinese tattoos. This is because they are small, meaningful, and attractive at the same time. In addition to this, the Chinese letters are simple yet self-explanatory in themselves. You can get various letter designs like a single character, which means peace or love.

Getting the small tattoos will also allow you to choose the audience for your tattoo in case your profession doesn’t allow you to get inked. All you need to do is choose a place where it is not easily seen.

Do you feel that there is a lion in you? Or do you love your dog too much? Then getting the Chinese tattoo ideas like names of animals is for you.

The animal name tattoos are one of the popular Chinese tattoos to get, and the good thing is they are small. Most of these tattoos are only one letter, and thus you have the right to keep it secret or expressed openly. Other than this, you can also get animal name tattoos for the zodiac person. You can get inked with the name of your zodiac animal. What’s even amazing is that you can also add some artistic patterns to those tattoos.

Do you want a protection symbol tattoo for yourself? Or do you want to express your faith in style? Well, then getting an angel inked is for you. The good thing is that you can get such traditional Chinese tattoos in various patterns, and they are meaningful.

The Chinese angel tattoos can have deep meanings for the wearer according to the various designs they choose. Some of the most popular meanings of such design are protection, faith, and belief. The angel tattoos in the Chinese are accompanied by the wings, but unlike the usual design, there are letters in between the wings.

These Chinese tattoos are not only popular for their meanings but also for their attractive design among girls. They are also one of the popular types of Chinese back tattoo ideas as the angels have wings on the back. Isn’t it?

The koi fish tattoo designs are one of the popular traditional Chinese tattoo designs. They have a great significance in Chinese culture.

The people in China have an inclination towards the koi fish and its inception. This is because the koi fish have to overcome a lot of adverse situations before it reaches the goal. This signifies willpower, determination, and love for a goal. This is why koi fish is popular among people who have strong personalities. So if you are someone who is determined towards their goal, then the koi fish tattoo is for you.

So, you can get any of the two which suit your personality in the best way. The good thing is that it will also act as a constant reminder that with continued efforts, you will overcome the troubles.

The Tigers have always been a point of fascination among the people of different cultures for their strength and fierceness.

In Chinese culture, a tiger is also a part of zodiac signs and animals. This is why the Chinese tiger tattoo ideas are popular among people. The tiger represents a number of meanings; some of them are ruthlessness, aspirations, courage, firmness, hope, attention. Care and self-reliance. So if you think that you have these qualities in you, or you have the tiger within you, then the tiger tattoos are for you.

The good thing about these Chinese tattoos is that they are not only meaningful but also artistic and attractive. They are also some of the most colorful and fearsome-looking tattoo designs you can get inked.

A Chinese version of the phoenix tattoo resembles a number of meanings. It symbolizes fame, immortality, a new beginning, and rebirth.

These tattoos are one of the popular designs among people who love expressive and colorful tattoos. The tattoos symbolize that the wearer has gone through a lot of tough times in life and has overcome them. This is why it is a great way to express the strong personality of the person.

Do you want something which acts as an inspiration through the tough times? Then nothing can be more relevant than the lantern tattoo.

The lantern Chinese tattoo ideas are popular among the youth as this is the time of life when you have to struggle the most. These tattoos symbolize a number of things like self-reliance, hope and power. It symbolizes that at the end of dark tunnels, there is always light. This tattoo will also act as a steamer of light during the darkest hour of your life.

A lantern tattoo is a symbol of hope, pathfinding, and something which will guide. Thus this can be one of the meaningful and attractive Chinese tattoos to get inked.

The choice of a rooster or chicken in the form of a tattoo may seem a little out of place at first. But the Chinese fire rooster tattoo ideas have their roots in traditional Chinese tattoos. They have been a part of Chinese culture for centuries.

The roosters are very proud birds and symbolize deep meanings. These tattoos symbolize, proud, hope, fierceness, strength, and power. The rooster tattoo ideas, along with being meaningful, are also some of the most ravishing and outrageous Chinese tattoos you can get. These tattoos are popular among the sailors specifically and one of the popular placement areas in the form of leg tattoos.

Do you want to get inked with something cute? If yes, what can be better than getting a panda tattoo inked on your body.

You can get these tattoos inked in the form of ankle tattoos, leg tattoos, forearm tattoos, or more. One thing which is sure no matter where you get it placed is that they will surely give you something to flaunt. For all these reasons, the panda is one of the popular Chinese tattoos.

Crows have been a part of cultures around the world. The Chinese culture represents the crow as a sign of fortune, positivity, and good luck. However, the two crows symbolize the things where’s a single crow symbolizes a bad omen.

Other than this, the tattoo of six crows together symbolizes death which is the ultimate reality of life. A crow tattoo, on the whole, represents mythology and mystery.

These are some of the most popular Chinese tattoos which you can get for yourself. The good thing about the tattoos we have listed is that they are artistic, meaningful, and attractive at the same time.

Do you want to get inked? But confused about what to get? Well then, getting some Chinese tattoos inked as body art can be a thing for you.

There are a number of Chinese tattoo symbol tattoos which you can get for yourself. You can go for dragon tattoos, bird tattoos, and more. One thing which is sure about these tattoos is that they will give you something expressive and appealing.

The Best And Effective Face Washes For Dark Spots

Best Perfumes For Women That Men Love The Most