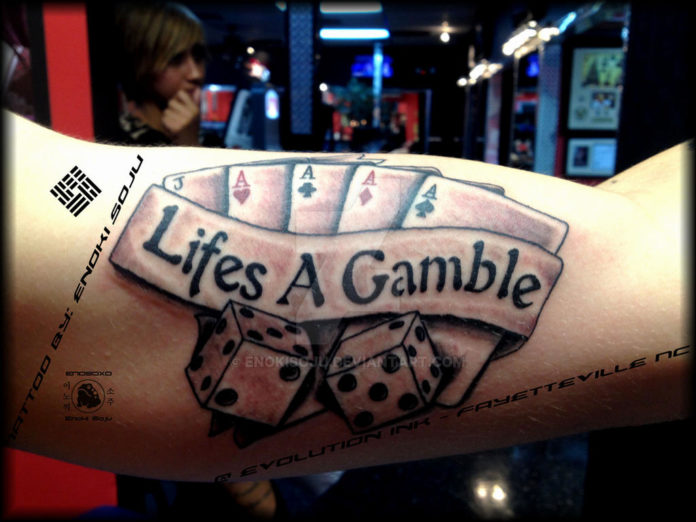 Do you crave something unique and attractive to express your philosophy of life? Well, if yes, then getting inked with a banner tattoo is what will satisfy your cravings.

The banner tattoo designs are some of the most lively masterpieces of body art which are bound to intuitive communication. Banner tattoos have an innate intelligence of their which you can use to unearth the seriousness of profoundness. These tattoos with linguistic logos have the endless capability of revealing philosophical charisma. They are also potent providers of nostalgic appreciation.

In the article, we will tell you about some of the best and most artistic and eye-catching banner tattoo ideas which you can have to get something enticingly beautiful.

These are some of the best banner tattoo ideas which you can try to have something expressive and unique;

Do you want a tattoo that has a design to adorn and be meaningful at the same time? If yes, then getting the traditional banner tattoos can be the best bet for you. The banner tattoos lend themselves gorgeously to Neo-traditional designs and American art. A parchment or scroll strip and a steady and elegant script help evoke a sense of old school and history in traditional tattoos. These things are at the core of traditional aesthetics, which help in making them even more attractive.

In the traditional banner tattoo designs, the main thing is black outlines which make the design stand out. They also help in making them more expressive on the background of the skin. The same line pattern is again repeated on creating symmetry and texts for banners in the complete overall design.

In the traditional banner tattoo designs, the line weight is an essential thing, so make sure you get the style works done properly. Any shaky technical applications or blowouts in the design will make the tattoo stand out negatively.

Do you want sentimental banner tattoo ideas which are attractive and can cover a large area? If yes, getting massive banner tattoos can be the best thing for you. They are counterintuitive to thinking go the banner. Often considered delicate and small, these banner tattoos are large in size. They have crafty designs which can expand to a large part of the body, covering areas like the entire chest or the back with the banner as their focal point.

In the massive tattoos, the banner’s clever use in the form of accent is made within a massive and enlarged image. The result of such tattoo design is a stylish mix of realism and illustrations where the banner plays off its role. One of the common designs for it is where the banner is used as the whole tattoo frame instead of its middle part. So you also need to be aware of the scale when going to get a banner tattoo for yourself.

The banner can be too small or too large in comparison to the entire scene. If the tattoo scale is off, it can lessen or be visually distracting when it comes to getting the desired shape of the piece.

When we talk about the most basic banner tattoos, then they are usually outline and plain text. The simplicity of the ink lends itself to the gray and black in a great way. One thing to know about the black and gray banner tattoos is that your artist must be highly experienced and have steady hands. This is essential to make the tattooed text legible and help keep the text boldly outlined and clean.

If done properly, you can create a clean and traditional style as a banner tattoo with a readable, following, and sharp design. Such designs will make you artistically gorgeous and give you something to flaunt among your friends. But in case you get it in contrast to the tattoo with other styles like getting heavily styled texts, few blowouts, and spotty linework. It will make the full tattoo problematic and illegible, which is something you don’t want with your tattoo.

Some things to remember are the font style, and text choices are to be made carefully. This is vital as they are some of the technical elements which are key to get a successful banner tattoo. You must also remember that getting a tattoo that has overly complicated text can be impossible to read at first glance. This is something you don’t want with your tattoo.

Getting a banner tattoo entirely on its own cannot be that attractive, but combining it with other eye-catching patterns and designs can change the game. Getting an image in combination with it will be something that will make your body a canvas that will attract attention from all aspects. Shading and solid colors are two things that can make a tattoo pop, and provided the dimensions and depth of the image will make you stand out.

However, if not done properly, the depth and dimensions of the image may also make you stand out negatively if the tattoos lack technical skill. One of the popular designs for the banner tattoo styles includes a tattoo with rich and complementing color palettes in combination with a bold black outline. Such designs are that the ink will stand out even more attractive with the rich color combination and contrasts.

For people around the world, tattoos are like visual reminders of the events, significant times, and people who they love or loved. They are like memorable additions to their body which they get for the sentiments associated with them. This is why getting sentimental tattoo ideas in the form of banner tattoos can be the thing if you want to immortalize a moment or memory.

Some of the best examples of memorable banner tattoos include names or loved ones, dates, places, or life achievements. As tattoos are a permanent addition to the body, they can be ranging from vastly complex to simple designs. They can also hold intrinsic meanings, which not even the most detailed photorealistic images can’t do. The good thing about banner tattoos is that even with some of the most simplistic designs, they can be very effective.

Do you want something simple but yet attractive and effective? If yes, then getting the simple banner tattoo designs is what you will love. This is an option that you will love as some other tattoos like hyper-realistic or Japanese tattoos are extremely complex in their designs. This is where a simple yet attractive banner tattoo can change the game as it has the power to turn heads. It portrays the most basic yet meaningful elements in a clean and clear way.

The thing which you must know now is that a simple banner tattoo is more challenging than people realize at first glance. In such tattoos, the lines need to be clear and consistent in thickness along with other technical applications. Solid, bold, and smooth is the game that makes or breaks a simple banner or text tattoo.

Some of the most popular designs among the small banner tattoo ideas are often simple and small in size. However, their crisp ink application shows the fundamental technique of the deployment in a solid banner. Usually, the text lines are clear and clean with a solid outline and effective shading, which promotes a dynamic image of the tattoo. Overall the simplistic tattoos are something that looks amazingly beautiful which will make you fall in love with them at first glance.

When you think of a banner tattoo, what you imagine first is a simple text tattoo that is supported using a banner. Isn’t it? You are not even wrong as the banners can flowing and smooth, or it may be with a possible focus on the literary part, but it is still a delicate picture. Knowing all these hardcore tattoo is not something that will come to your mind at first glance.

But the hardcore tattoo design in combination with a banner tattoo can be something that will create an awe-inspiring effect. Some of the common hardcore designs include a skull munching banner with deep red punches in it along with black highlights. The banner in the hardcore tattoo designs works as a thematic element that pulls the attention of the people around. It is also the main factor that attracts the eye to details, quality, and story for the tattoos when people view them.

The change which makes the hardcore tattoo ideas an appealing option among the various designs is what you will love. In these designs, the delicate and simple banners are wrapped around some intense and serious imaginary like skulls. What’s even more amazing is that you can also combine them with other aspects like roses and birds.

Other Banner Tattoo Ideas To Try

There are also some other banner tattoo ideas which you can try. These are:

These are some of the most popular banner tattoo ideas which you can have for a unique and attractive look. The good thing about the banner tattoos is that they are simple yet very eye-catching, which everyone will admire.

The banner tattoo ideas are some of the most popular designs which you can get if you want something expressive and attractive inked.

These tattoos are also a good choice as they are simplistic yet fascinating, which provides you with an option to choose. You get to choose between several options, like getting hardcore tattoo ideas or traditional ones. But one thing which you can be assured of is that whatever you get, these tattoo designs will not let you down.