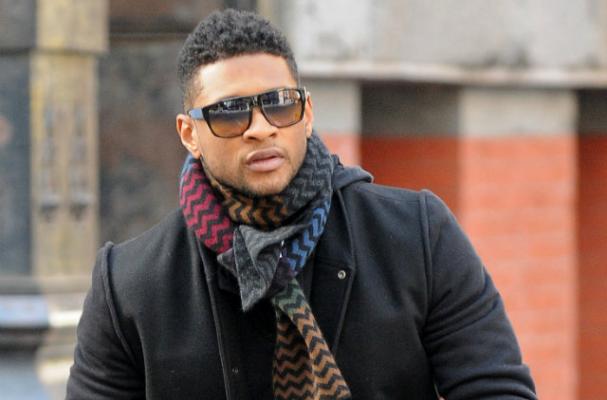 Gyrating, Singing, or Flaunting his abs, Usher is not behind in anything. This is the reason why he became one of the biggest R&B artists of today’s generation. The artist continues to influence the new generation of youngsters with his protege Justin Bieber now.

If you want to know about Usher’s net worth, his early life, career success, and philanthropist acts, then keep reading this article.

Usher is an American actor, singer, producer, and songwriter with a $180 million net worth. Till now, more than 75 million records of Usher have been sold globally, which alone makes him one of the best-selling artists of all time. Usher is co-founder of RBMG Records, which is Justin Bieber’s record company.

Usher was born Usher Raymond IV in Texas on October 14, 1978. He grew up in Chattanooga, Tennessee, along with his father, Usher Raymond II, and mother, Jonetta. His parents recognized Usher’s music talent at a young age and pushed him to pursue it when he was nine years old by making him join the local church choir.

To better develop his singing skills, the family moved to Atlanta, where Usher started recording music professionally and made guest vocal appearances. He went to North Springs High School in Atlanta.

After Usher’s performance on Star Search at 13 years of age, a rep from La Face Records arranged his audition with the record label’s co-founder. The record label signed Usher just after he auditioned with Boyz II Men’s.

Usher’s mom left her job to manage his career while he was performing his debut album. During that period, he was going through puberty and was experiencing difficulties in adjusting his voice for songs. The record label put the records on hold and sent Usher to live with Puff Daddy in New York as a coaching camp in 1994.

Usher released a self-titled album on August 30, 1994, when he was merely 16 years old. The album was at #25 on the Billboards chart. Usher released his second album in September 1997, “My Way.”

The lead singer of the album “You Make Me Wanna” was #1 in the U.K. Also, the single became his first-ever gold and platinum-certified in the U.S.A. In January 1998, another album, “Nice and Slow,” was #1 and was certified platinum six times. Usher released his third album, “8701” in August 2001 with the leading shingles “UGotIt Back” and “U Remind Me,” which topped Billboard Hot 100.

Usher received a Grammy award for the Best Male R&B Vocal Performance of “U Remind Me,” and the following year, he received the same reward for “U Don’t Have To Call.”

In March 2004, his fourth album “Confessions” was released, and it sold 1.1 million units at the debut, which makes it the first week numbers ever recorded in R & B by a male artist. The first single of the album, “Yeah,” was #1 on the charts for six weeks straight. This album earned him many accolades and awards, along with three Grammy awards.

Usher then released five more albums which were a moderate success with no single topping the charts. In 2019 usher announced that he is working in Confessions II, which is due to be released in 2020.

His several albums have made a debut in the #1 position on U.S. Billboard Top 200 Charts. Usher’s five albums have been platinum-certified so far by RIAA. Confessions crossing 10 million sales and achieving diamond certification in the U.S. Ten of his singles have reached more than nine countries and were the best performing single in the U.S.A. 2004.

Usher still continues to wow the audience with his creative live performances and high energy. He is considered a legendary R&B artist and is on the top R&B vocalists’ lists of all time. Usher is a true inspiration for many people and influences the new generation of R&B artists.

Usher has enjoyed various endorsements and partnerships with big brands like Mastercard, Samsung, and Pepsi, which made him a household name throughout the years. Besides his own albums and singles, he has contributed to many other albums and songs. He is featured in the Same Girl, First Dance, How Much, and many other songs.

Some of his popular awards are Five Grammy Awards, Four American Music, and nineteen Billboard Awards.

The successful music career of Usher since an early age is the biggest contributor to his massive net worth now.

Usher is not only a great singer, but he is also an actor, having made appearances in some notable titles like The Faculty, Moesha, In the Mix, and She’s All That. Some of the side projects of Usher include U.S. Records, which was established by him. He also has a co-ownership of basketball team “Cleveland Cavaliers” and Tidal. Public appearances, social media paid posts, along sponsorships and side ventures contribute together to net worth of Usher.

Usher and Scooter Braun, his music manager, co-founded a record label company in 2008 named “Raymond Braun Media Group” also known as RBMG Records. This company was created along with Island Def Jam for the debut of Just Bieber specifically.

Braun discovered Justin Bieber through Youtube and brought him to meet Usher for a tryout in ATLANTA. Then Usher auditioned Justin for Island Def Jam and LA Reid. Soon a deal was signed.

Usher is the founder of a non-profit charity that works to provide young people education and real-world experience called New Look. He has also launched several chapters in many countries across the U.S.A. The National Civil Rights Museum of Memphis awarded Usher with Freedom Awards for his New Look philanthropy work. This award is given to people who work selflessly for Equality, Justice, Human and Civil Rights.

Usher also launched a Project Restart after Hurricane Katrina to help more than 700 families rebuild and find housing. His monumental efforts gave him the key to New Orleans city in 2008. Also, the mayor of New Orleans proclaimed an honorary day, “Usher Day,” since then.

In 2015 Usher teamed up with other artists to donate more than $500,000 for scholarships of students attending historically black colleges. He also partnered with UNICEF to create an Usher Raymond Scholarship Program for donating $100,000 to a student of Tuskegee University.

From 2001-2003 Usher dated Chilli Thomas, a T.L.C. member. He married Tameka Foster, a stylist, in 2007 and became stepfather to her three sons from a previous marriage. The couple has two sons together. Unfortunately, they divorced in 2009 and what followed next was highly publicized and disputed child custody.

The case continued until 2012 when the Judge finally announced his sons’ primary custody to Usher. In September 2015, Usher married his manager and long-time girlfriend Grace Miguel and filed for divorce in December 2018.

Usher paid $1.2 million to buy a 10,000 square foot mansion located in Alpharetta, Georgia, in 1998. In 2018 he sold the house for $1.5 million, but actually, he was hoping to sell it for $2.5 million. Usher first saw this house in 1991, when he was still a teenager. The house was owned by La Reid, a music industry titan during that time. Seven years later, when he turned 20, he bought this house when the seller of the house was Reid’s Ex-Wife.

Read More- Mariah Carey Net Worth- The Queen Of Music

Usher has been a successful musician since the age of 16. He has sold millions of copies of his solo albums and singles, which gained him worldwide recognition and fame. His music has stayed on #1 of Billboards charts for weeks motivating him to keep producing hit songs back to back.

He is not only a successful singer but also several other talents like broadway acting. Usher runs his own businesses and is also an active philanthropist. He discovered one of the great artists of today’s time, Justin Bieber. Undoubtedly, Usher is the best-selling artist of the 21st century with a net worth of $180 Million.