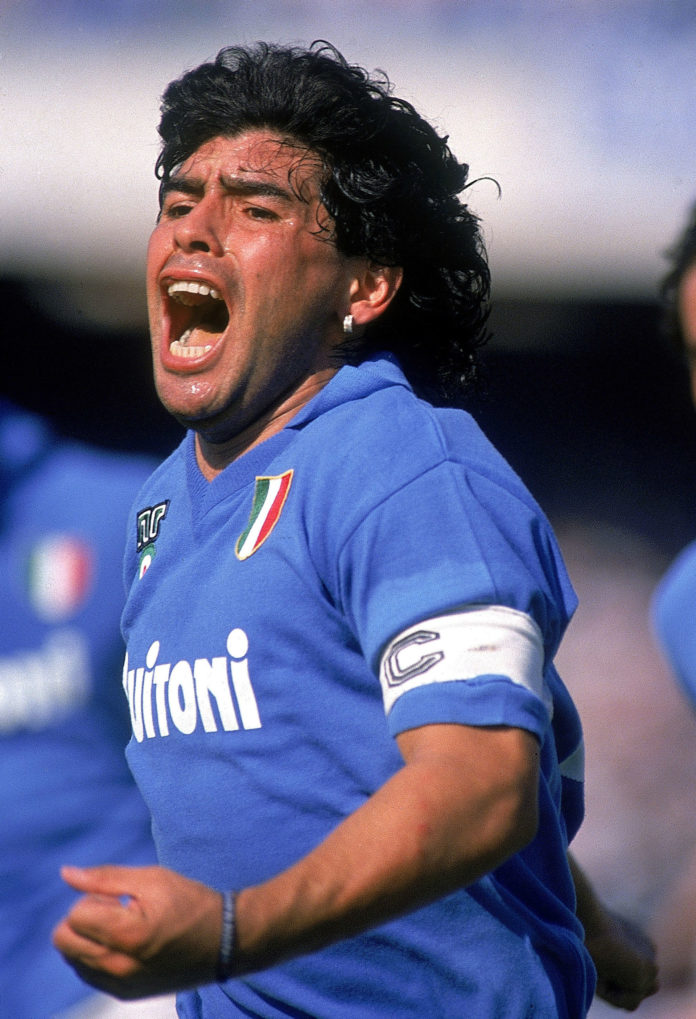 We all know Diego Maradona; he is one of the most famous football players in the world. For his feisty personality and phenomenal skills, Maradona is even famous by the name of ‘Maradona hand of god.’ He has even been the face of Coca Cola at one time in his career. Maradona’s net worth due to his popularity has also been a topic of interest among his fans.

This wondrous talent inspired Argentina to win a World cup triumph. It also brought the Maradona across the world-renowned clubs like Barcelona, Napoli, and Sevilla.

After hanging the boots in the 1990s, Maradona transitioned into the world of coaching. He steered the fortunes of Argentina as well as clubs like that of the UAE and Mexico.

What Is Diego Maradona’s Net Worth?

Maradona’s net worth is estimated at $500,000, which is not much when we consider his nearly two-decade career.

The title of ‘Maradona hand of god’ was righteous to this player for his amazing skills. Famous as the world cup winner, he led the Napoli club to win two Serie A titles 1980s. He also led the club to win a UEFA Cup in the early 1990s. Even after such a successful career and as an icon, he has been involved in long-running disputes. One of the major disputes was over taxes with the Italian government.

Maradona in 2016 told Corriere Della Serra that the bill which was outstanding had been paid. This claim was at odds with the president of the Napoli club, Aurelio de Laurentiis, as he said that the Argentine would be the ambassador to the club. The president also added that this decision would be implemented as soon as the tax disputes are settled.

Although many websites suggest that the footballer needed to pay $42 million to the Italian government. Considering all this, Maradona’s net worth was estimated at $500,000.

Diego Maradona was born in Buenos Aires, Argentina, on 30th October 1960. He was raised alongside his six other siblings on the outskirts of the city in a shantytown. Diego’s early life was spent in poverty like the present-day legend Cristiano Ronaldo.

Later, things changed for Maradona when a talent scout spotted him. He afterward started to play for a youth team.

Maradona’s net worth is the result of his career and downfall. The career of this famous player started at the early age of 15 when he debuted by playing for the Argentinos Juniors. He was the sole bread provider for his family at this young age also.

He quickly gained fame and was purchased by the Boca Juniors for a fee of $4 million in 1981. Although his tenure at the club was short and he transferred to Barcelona in 1982.

There was much anticipation when Maradona arrived at the Barcelona club as he was purchased by paying a whopping amount of $7.6 million.

Maradona at the club was adored by the Spanish fans and had a successful debut with the club. However, his tenure with the club at Catalan city is famous for many controversial events.

One of the controversial events shows Maradona assault many Athletic Bilbao players. He even knocked one of the players with a knee to the head. The brawl between the Maradona and the Bilbao players lead to a full-fledged riot inside the stadium. This event led to the dismissal of Maradona from FC Barcelona.

ALSO READ: The Success Story of The Legend Lionel Messi

Later he was purchased by the Napoli club paying a world record fee of $10.5 million for the Argentine. This club was where Diego Maradona reached the peak of his career. He led the club to win two titles, which included their first-ever title in history. This period of Maradona at the club was known as the true golden era of the club.

During this period at the club, Maradona led the club to win the 1986 World cup. In this world cup winning game, Maradona struck the ball with his hand for scoring the google.

However, it was a controversial 2-1 victory against England. Later, when he was asked about the handball, he denied it. He also suggested that it was the hand of God and thus his name ‘Maradona hand of god.’

The remark has also become an often repeated moment in the history of soccer. At a certain point, his off the pitch personal life caused his career’s rapid decline.

Later in 1992, he was forced to leave the Napoli club when he tested positive for cocaine. Once again, in the 1994 world cup, he was thrown out as he failed a drug test. After this, he played for Sevilla and Newell’s Old Boys for the next years.

In the later years of his career, he returned back to Voca Juniors, where he ended his career as a professional player.

The addiction issues that he faced played a vital role when we talk about Maradona’s net worth. One of the infamous addictions which he had was that of cocaine. It is alleged that the player became completely dependent on cocaine from the 1980s till 2004.

Unfortunately, his continued addiction to the substance left him impaired for playing football. This became even more evident when he moved to Napoli.

During his stay in the Italian city, Maradona accepted protection from a mafia group. The group supplied him with women and drugs while he traveled unbothered by the fans through the city. Eventually, in 1991 hee tested positive for cocaine and left Napoli in disgrace.

During the 90s decade, Maradona struggled with a number of various notable legal issues. The first legal issue for the player came up in Napoli when he secretly tried to meet prostitutes. He called an illicit line service that was monitored by the Italian authorities, who recorded Maradona’s entire conversation.

Later that year, when Maradona tested positive for cocaine, he tried to flee to Argentina to evade the police. However, he was caught and brought back by the authorities from Italy. This was a major issue that affected Maradona’s net worth.

Another major legal issue for the player came during the 1994 world cup. First, he was thrown out of the competition for failing a test for cocaine. He then opened fire on the journalist using a pellet gun from his hotel window, which injured several journalists. In this case, he was charged with a two year and ten months suspended sentence.

One of the major financial issues that affected Maradona’s personal life and his career was tax evasion issues with the Italian authorities. The Italian authorities publicly announced in 2009 that Maradona has to pay a tax of $37 million. It included interest of 23 million euros.

The famous football player has five children. One of the most famous among the Diego Maradona children is his daughter Giannina Maradona.

Giannina Maradona has been a public favorite since her birth in 1989. She is the daughter of Maradona and his wife, Claudia Villafane.

The other diego maradona children are:

Maradona won the world cup in 1986 while playing for Argentina. He was also the poster boy for Coca Cola at a time.

The world is now mourning the death of this football legend at the age of 60 in 2020. However, he faced many legal and personal issues during his lifetime; he was also one of the most talented soccer players the world has ever seen.