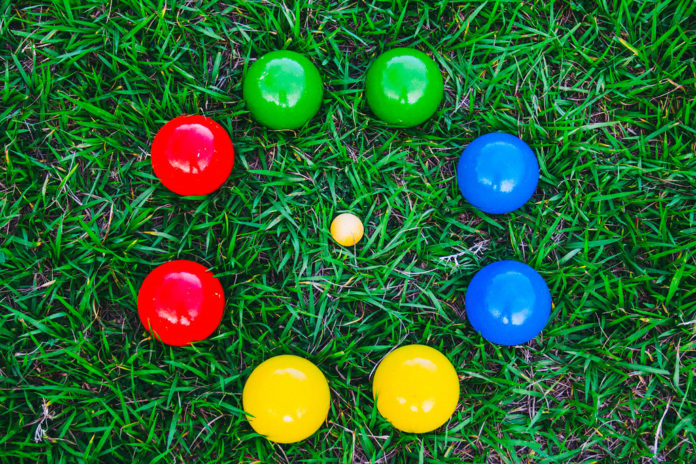 Have you ever heard about Bocce? Do you want to learn how to play Bocce? Well, you have come to the right place.

Bocce is an Italian lawn bowling game. It is one of the most widely played games in the world and the oldest lawn game. Bocce is played in many countries like Serbia, Montenegro, Birmingham, Croatia, Bosnia, Slovenia, etc. This game is also called bocanje or ballot and balinanje in these countries.

After reading this, you probably are excited to know more about this ball game. How to play Bocce ball? What are the rules and regulations? How to score in a Bocce ball? If you have these kinds of questions in your mind so Do not get stressed, This post will give all the answers to your questions.

What is a Ball game?

Before going to play a game, first, you need to know about the game. So, let’s learn a little about the ball game.

A Ball is a solid or hollow spherical or egg-shaped object that is kicked, thrown, or hit in a game. Some of the games which are played by a ball are Baseball, Bocce ball, Basketball, football, softball, etc.

The scope of ball games is high, and these are played all around the world. You probably have heard about these players Cristiano Ronaldo, NeymarJr, Lionel Messi, etc. and, all of them are the best ballplayers.

Read More-Active Gym Games That Will Cheer Up Your Kids

How to play bocce ball?

Bocce ball is a simple game as compared to the other ball games.

Following are some rules to play “bocce ball”:

Bocce is played between two teams with two players each. Every player has two large balls known as Bocce and one small ball known as Pallino. Pallino is the main target. To start the game, the teams need to toss and then start playing.

The team which loses the toss throws their Pallino first, and the other team throws Pallino in the second turn. After the first short, the teams throw their bocce balls alternatively. The team tries to throw the Bocce near Pallino.

So, now you have knowledge about “how to play Bocce ball, “you can go and play with your friends, family, and everyone. Now you have all the answers to your questions so you can play it easily. Just make sure that you play it with safety and follow all the rules and regulations.