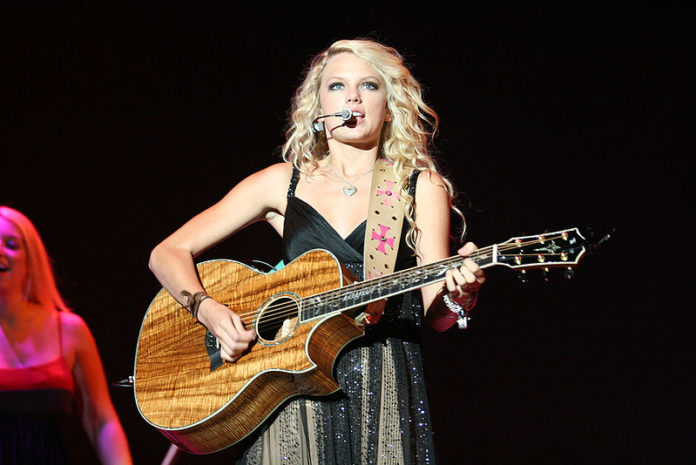 Taylor Swift or Taylor Alison is a famous American songwriter and singer who made her debut in 2006. Science then, Swift has gone from a country superstar to a famous pop star with fans across the world. Here is an article with all you need to know about Taylor Swift net worth, her personal life, and career.

Taylor Swift is one of the most popular celebrities across the world. She is a singer as well as a songwriter. Swift made her debut in the music world in 2006, and still, she is doing great and going strong with her amazing list of chart-buster songs.

Taylor Swift has proved her Worth by making a place as one of the most popular and successful singers and giving back to back big hit solos and albums.

Ten years ago, Taylor Swift was famous as an up-and-coming country singer. And at present, she is the highest-paid woman in the world. Moreover, she is one of the top-earning entertainers in the world who pulled in around $185 million pretax warnings in 2019. The estimated pay of Taylor Swift grew around 131% after earning $80 million in the year 2018 (Source).

Taylor Swift is a popular pop singer, and she topped the Forbes list of the Celebrity hundred in 2016 when she attained the top spot with an income of $170 million. All the credit goes to The 1989 World Tour.

Touring plays an essential role in Taylor Swift net worth. The Reputation Stadium Tour was another big tour of this pop star. It was the highest-grossing tour in the U.S., which collected around $266.1 million domestically. Moreover, the tour sold over around 2 million tickets domestically. The tour ultimately reached seven countries and 36 cities and it closed at $345 million. At present Taylor Swift is one of the most-successful entertainers on the earth with a net worth of $400 million.

Now that you know how much is Taylor Swift net worth; let’s have a look at her early life. Taylor Swift was born in West Reading, Pennsylvania, on December 13, 1989. Her mother, Andrea Gardner Swift, was a homemaker, and her father, Scott Kingsley Swift is a former stockbroker. She is named after the popular musician James Taylor.

During her early years, she lived with Ander, Scott, and her brother Austin on a Christman tree farm. At the age of nine, Taylor got interested in musical theatre. She got admission in vocal and acting lessons in New York City. Taylor was a big fan of Shania Twain, so she first got into country music. She used to perform at festivals and local events as a teen.

When Taylor was 12, she learned to play guitar and wrote a song, “Lucky You.” When she was 14, her family moved to Nashville in order to support her career in music. In 2003, Swift started working with a music manager Dan Damtrow. He got Taylor a modeling gig for the campaign of “Rising Stars” by Abercrombie & Fitch. He also got one of Taylor’s original songs compiled on a CD from Maybelline.

At the age of 15, Taylor Swift was discovered by Borchetta when she was performing in a cafe in Nashville. Borchetta signed Swift as the first artist under Big Machine Records. After one year of signing, Taylor released her first single named “Tim McGraw.” It preceded her first studio album release. With the release of the single, Taylor topped the U.S. Country Music chart. Moreover, she also attained the number five position in the U.S. Billboard 200.

The album has two hit singles, “Should’ve Said No” and “Our Song.”

Till now, Taylor’s first album has been certified platinum around four times by the RIAA. Her second album “Fearless” topped the U.S. Country, U.S. Billboard, New Zealand, and Canadian music charts. The album has been certified platinum in four countries and six times in the USA. It produced two most popular singles, “You Belong With Me” and “Love Story.” She has performed with various famous artists like Justin Bieber, Faith Hill, and John Mayer.

Taylor Swift has won many awards. Some of her popular accolades include ten Grammy Awards, 23 American Music Awards, and 23 Billboard Music Awards. Till now, she has sold around 150 million singles and 50 million albums worldwide. From 2009-2018, Taylor embarked on five tours, which grossed around $943 million.

Taylor Swift has also made various film and television appearances as herself on “Dateline NBC” and “Saturday Night Live.” She has also played fictionalized roles in movies such as “CSI: Crime Scene,” “Hannah Montana: The Movie,” “Valentine’s Day.” In addition to this, she has also appeared in various famous applications like Teen Vogue, Rolling Stone, and Seventeen.

In 2019, Swift dropped her album “Folklore.” It also debuted at the top of multiple charts.

The personal life of Taylor Swift has always been a fascinating subject for paparazzi, social media, and her fans. Since 2017, she has been in a relationship with popular actor Joe Alwyn. However, before that, she has also dated many famous celebrities.

Taylor Swift dated Joe Jonas in 2018 for around three months. While filming for the movie “Valentine’s Day,” she dated famous actor Taylor Lautner, but the relationship did not continue for a long time. However, it inspired her famous sound, “Back to December.” She also dated John Mayer and also wrote a famous song, “Dear John” about him.

In November 2012, Taylor started dating Harry Styles. During the winter holidays of 2012-2013, Harry and Taylor went on a trip to the British Virgin Islands. However, after returning, they were done soon because they were never in one place for a long time.

In 205, Taylor dated DJ Calvin Harris. Moreover, she also dated the famous actor Tom Hiddleston in the same year. To succinctly describe, Taylor Swift has an interesting personality, which has always been a center of attraction for her fans.

During her career, Taylor Swift has partnered with various companies for partnerships and endorsements. Her popular partnerships include CoverGirl, Diet Coke, AirAsia, Keds, Verizon Wireless, AT&T, Target, and Sony Electronics.

The main goal of Taylor was that she wanted control of her initial six albums. Borchetta offered a deal to Taylor that on releasing new albums, she would get control over her old albums. However, Taylor knew that Borchetta was planning to sell the company, so she chose to walk away. After this, she signed a new deal with Public Records, which is an imprint of Universal Music. The new deal provided her two new stipulations: (1) She gets to own all her master recordings from now on out (2) She will get a larger part of the profit from the music sales. In addition to this, in case Universal sells around $1 billion stakes in Spotify, Swift will get a large cut.

After knowing, what is Taylor Swift net worth, let’s have a look at her real estate. The real estate portfolio of Taylor Swift is highly amazing and impressive. At the age of 20, Taylor purchased a condo in Nashville. At present, it has a net worth of $3 million. In 2011, she purchased a large estate of around $2.5 million in the suburbs of Nashville.

Moreover, in 2013, Taylor Swift purchased a 12,000 square-front home for $6.65 million in Rhode Island. Taylor Swift also owns an apartment of $50 million in New York City. In Manhattan, Taylor has a penthouse in Tribeca. It is a ten-bedroom duplex and has a net worth of $20 million. In 2017, she purchased a four-story penthouse for $12.5 million next to the duplex. She spent around $10 million in 2018 on another condo in her building. At present, she lives in a $30 million mansion in Los Angeles, which she purchased in September 2015.

Taylor Swift is not only a famous singer and songwriter but also one of the richest celebrities in the world. She has given various hits and solos, which has topped multiple charts. Taylor Swift net worth is $400 million, and she has an impressive real estate portfolio. If you find the article interesting, drop a comment.