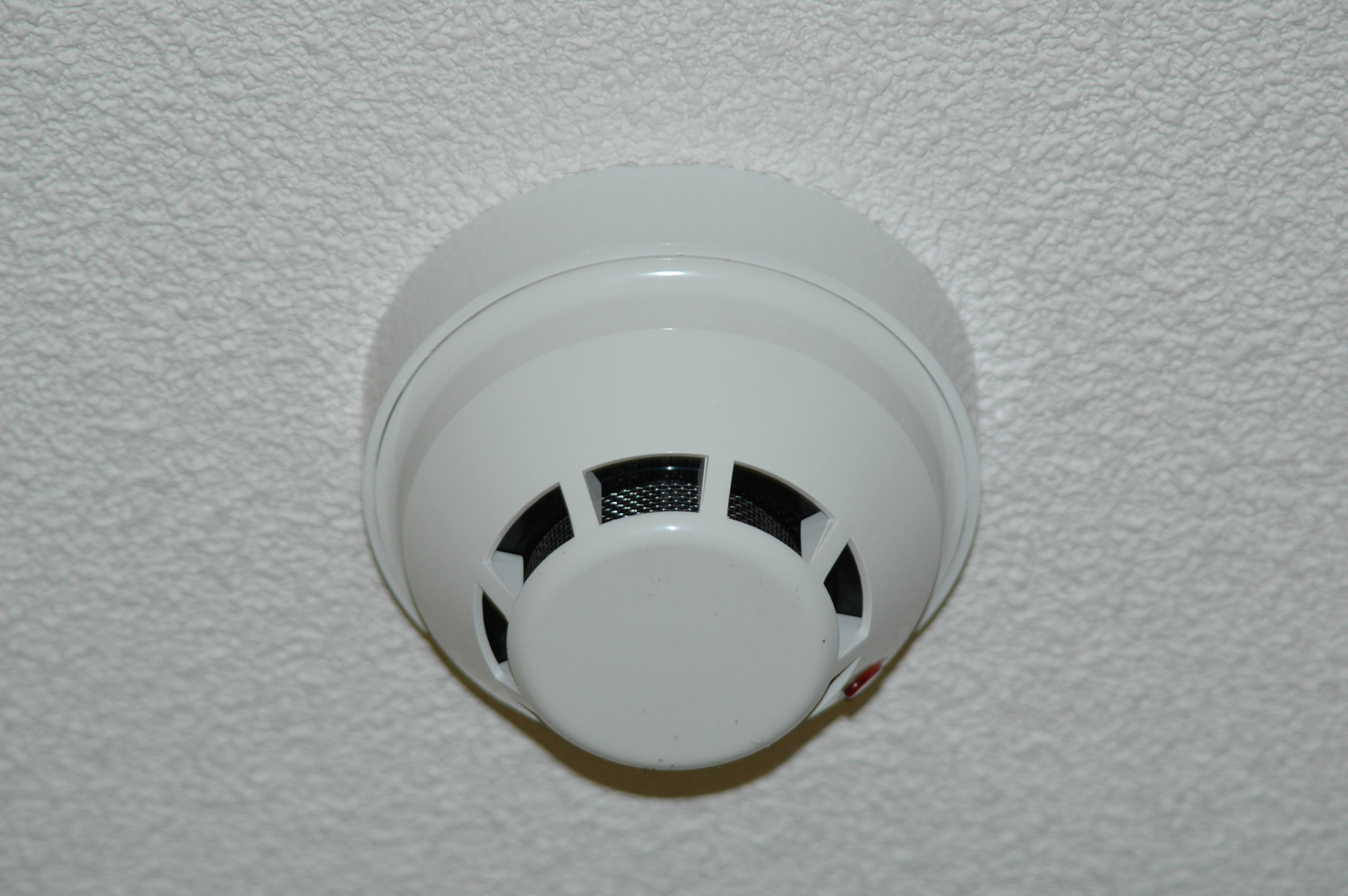 Smoke detectors are an essential part of safety in a house. These fire-protection devices detect the presence of smoke automatically and warn you, which can help save your life in case of fire. Smoke detectors are essential for early detection of fire, and it could be the difference between life and death. Now the question is how do smoke detectors work?

House fires is one of the causes for accidents and fatalities in America. The local fire department of America responded to around 1,291,500 fire cases in 2019 (Source). A big number, right? You can avoid the risk of fire accident with the help of smoke alarm.

Smoke detectors do their jobs efficiently. In many cases, smoke detectors raise the alarm even when the frying pan gives smoke, and they also remind us of their presence when their battery is low.

Smoke detectors are also known as fire alarms, but their official name is a smoke alarm.

These tiny devices comprise electronics and a little bit of radioactive material and are responsible for reducing the number of accidents caused by fire.

How do Smoke Detectors Work?

In the circuit of the window alarm, a sensor is present on the window and the other on the frame and both complete the circuit. When anyone breaks the circuit, the security alarm sounds.

Smoke alarms work with a similar concept of circuit completion/break, with some difference. The only difference is that there is no contact between the two sensors.

ALSO READ: How to Install Crown Molding on Cabinets?

How Does Ionization Smoke Alarm Work?

Ionization smoke alarms are one of the most commonly used smoke alarms, and they are quick in sensing fast-moving fires and flames.

Below mentioned are steps on how ionization smoke alarms work.

These smoke alarms are also known as optical smoke alarms. These alarms sound when the LED light present between the alarm chamber breaks.

Photoelectric alarms are also referred to as smoldering alarms, and they are able to detect the fire in the early stage, which helps in avoiding fatal accidents.

The working and operation of photoelectric smoke alarms can be compared with door or window photoelectric alarms. In these alarms, an invisible light beam moves from one beam to another, but they are not connected physically. The alarm sounds in the case the alarm is broken.

Photoelectric smoke alarms respond to fire faster as compared to the ionization smoke alarms. In these alarms, LED and light-sensitive sensors are present in the sensing chamber.

Below mentioned are steps on how these alarms work.

How to Buy a Smoke Detector?

It does not matter whether you are purchasing the smoke alarm for the first time or have purchased it before also, it is always a good idea to learn the basics of uses of smoke detectors in order to keep your home in the case of fire.

In the market, you can also find battery-powered smoke detectors having 10-year lithium-ion batteries. When the battery of these detectors expires, you need to purchase a new smoke detector.

There are hardwired smoke detectors also that runoff on the household current of 120V. The best part about these smoke detectors is that they contain heavy battery backups.

One of the best things about hardwired smoke detectors is that, when they are interconnected, all the alarms present in the house sound together at the same time. It is one of the essential safety features, and you should consider this feature when buying a smoke detector.

Some battery power smoke detectors even have the capability to communicate with each other.

It is always a good idea to buy interconnected smoke detectors as fires do not remain in one place. Fire spreads quickly to all the parts of the house.

How to Install a Smoke Detector?

According to the rule, you should install at least one smoke detector in every room. You should also opt for installing a smoke detector outside every sleeping room also.

In order to minimize false alarms, opt for installing a smoke detector at a distance of at least 10 feet from the cooking area.

In addition to this, also install a smoke detector on the ceiling of the wall. Keep it away from ducts, doors, or windows. In the case of vaulted ceilings, do not install the smoke detector at a distance of more than 30 feet from the peak of the ceiling.

Keep in mind not to paint the smoke detector and also avoid adding glue, sticker, or any other type of material to it.

Smoke detectors are one of the best and least expensive medium of providing a warning of a potentially harmful fire. They are best to reduce the risk of accidents caused by fire at your place. Now that you know how do smoke detectors work, get them installed in your house and make your house risk-free.