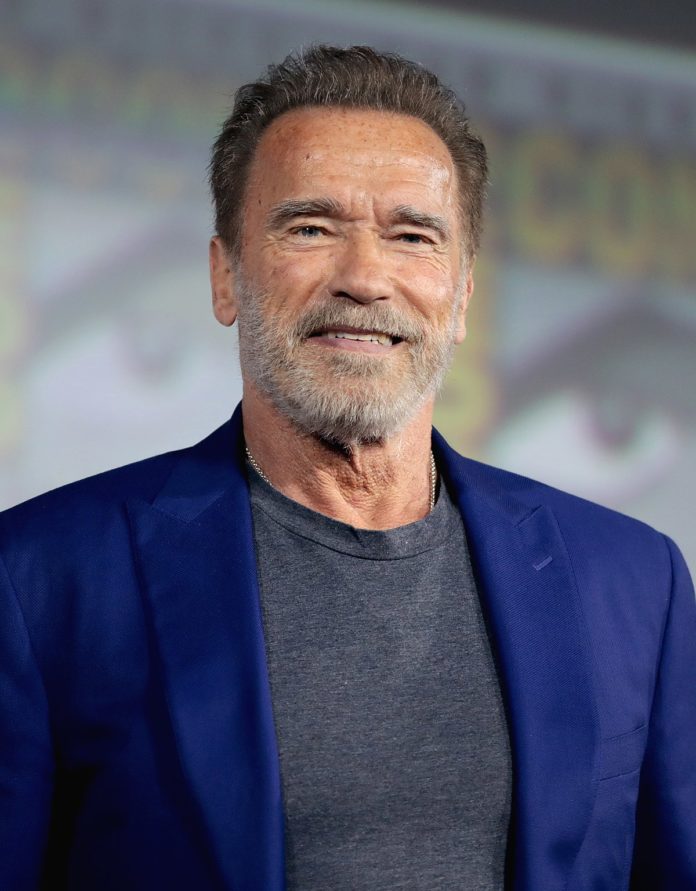 When he was at the peak of his career, his earning from a single movie was between $20 to $30 million. During his long career, Arnold Schwarzenegger has earned millions in the form of film salaries. He has also been a successful investor, and since the 1970s, Arnold has poured parts of his earnings into a variety of investments, specifically real estate. This has also paid off like Arnold Schwarzenegger’s real estate portfolio alone is $100 million.

Arnold was born on 30th July 1947 in a small village of Thal, Austria. His father’s name was Gustav, and he was chief of local police, while his mother was a housewife.

When he was just 13, his soccer coach took Arnold to the gym, and for the first time, he was introduced to the bodybuilding world. Initially, Arnold’s father wanted him to be an officer like him, while his mother wanted him to be a trader and attend a trade school. But Arnold Schwarzenegger knew that he was destined for something out of the box.

At an early age, Arnold learned that many famous world bodybuilders had become famous actors in Hollywood. This inspired him for bodybuilding, and he decided to be the most famous bodybuilder in the world and then try his hand at acting. Later in 1965, he won the contest of Junior Mr.Europe. After this, he went on to become the youngest Mr.Universe at just the age of 20 years. Arnold won this title three more times in the coming years.

These competitions contributed to his real estate empire’s founding stones, which is a major part of the Arnold Schwarzenegger net worth.

Arnold moved to America at the age of 21 in 1968 with an amount of $27,000 in his pocket. He has saved up this amount from various bodybuilding competitions. Using this amount, Arnold bought a plot of land in the Palmdale area of California. However, his first investment failed. Later he bought an amount of $10,000 from one of his trainers at the gold gym, which he invested in purchasing an apartment building.

Arnold Schwarzenegger bought this building for an amount of $214,000 and sold it a year later for an amount of $360,000. After this, he started trading up to 12 unit buildings which were followed by 36 units in total buildings. Every time Arnold sold any of his buildings, he would invest the amount into the next venture. He did this to avoid taxes and for potential profit in the future.

At present, Arnold owns a portfolio of $100 million in the real estate sector. This portfolio doesn’t include his house and personal homes.

Arnold in 1970 won the title of “Mr. Olympia” for the first time; although later on, he won this title many more times during the period of his career. After winning this title, he got his first big break into the acting field when he got a role in the film “Hercules in New York.” Later in 1977, he became more famous after the release of the documentary “Pumping Iron.”

Some of his other famous Arnold Schwarzenegger movies after “The Terminator” include “The Running Man,” “The Predator,” and more. Other than action movies, Arnold also tried his hand at comedy movies. He was a part of Ivan Reitman’s movie “Twins” released in 1988. Later in the 1990s, he again returned to the movie Terminator’s sequel with the director and his friend James Cameron. The duo also made other blockbusters like “True Lies.”

Arnold Schwarzenegger also starred in other movies like “Last Action Hero,” “Eraser,” and at last “Batman and Robin.”

The largest paycheck for Arnold Schwarzenegger came from the movie “Twins.” For the 1988 movie, Arnold, Director Ivan Reitman, and Danny Devito all agreed to take zero fees in return for a 40% share of the movie. Eventually, the movie was a blockbuster hit and earned an amount of $215 million all around the world. Other than the box office, this Arnold Schwarzenegger Movies was also a hit on the cable and VHS.

Also Read: Emilia Clarke Aka Mother Of Dragons Net Worth

Other Notable Salaries of Arnold  Schwarzenegger

Arnold has been part of numerous movies and ventures and has earned whopping salaries. Some of them are:

Arnold has been a member of the Republican Party for a long time. He even made a speech at the National Republican convention in 2004 on “why he became a Republican.” He also shocked everyone when he announced that he was running for the post of Governor of California in 2003. Arnold made this announcement on “The Tonight Show.” Later he went on to serve as the governor of California from 2003 to 2011.

During his run for the elections, he also released his financial disclosures. It pegged the Arnold Schwarzenegger net worth at $200 million in 2003. Later, he also claimed that by serving as a governor for 8 years, he potentially lost $200 million in the form of movie wages.

Arnold married Maria Shriver, who was a TV news personality and niece of the President John F. Kennedy. The couple stayed together from 1986 to 2017.

Maria and Arnold have four children together. The Arnold Schwarzenegger children names are:

However, the marriage of Arnold and Maria broke when news broke out that Arnold had fathered a son with the family’s housekeeper 14 years earlier.

How Old Is Arnold  Schwarzenegger?

How Tall Is Arnold  Schwarzenegger?

Arnold has been an icon of bodybuilding, and thus the question of How tall is Arnold Schwarzenegger is a natural one comes to mind. The answer to this question is 6 feet 2 inches.

Arnold Schwarzenegger net worth is enormous, and he is an American investor, real estate tycoon, and one of the highest-paid actors of all time.

He started his career as a professional bodybuilder but later became a millionaire through real estate and gradually an actor.