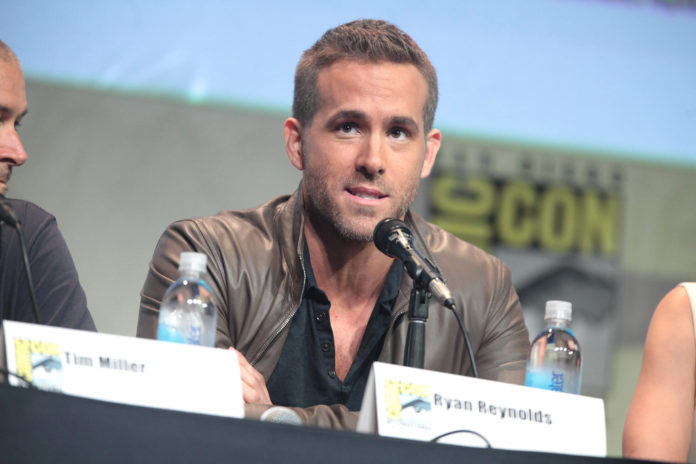 Ryan Reynolds is currently one of the biggest names in Hollywood. He is a Canadian-American actor, producer, screenwriter, and comedian. Ryan Reynolds’s net worth is $100 million. He made his debut by starring in the Canadian daily soap known as Hillside, and also played many minor roles before going for a lead role on the Tv series called Fifteen.

After that, he starred in many movies like Waiting…, The Proposal, National Lampoon’s Van Wilder. Ryan’s biggest commercial success came with superhero movies like Deadpool and Deadpool 2.

RELATED: How Rich is Travis Scott?

Who is Ryan Reynolds?

Ryan Rodney Reynolds is a Canadian-American star who started his acting in Canadian tv series such as Two Guys and a Girl and Hillside. Ryan Reynolds’s age is 44 years.

Since then, He has become a world-famous actor and most recognizable as the lead actor in superhero movies like Deadpool & Deadpool 2.

Ryan has recently shown his skills as an entrepreneur with successful business enterprises. Ryan Reynolds was married to Scarlett Johanson from 2008 to 2011.

After the divorce in 2011, he married actress Blake Lively in 2012, and this happily married couple has three daughters together.

RELATED: How Much is Kim Kardashian’s Net Worth in 2020?

What is the Net-Worth of Ryan Reynolds?

Ryan Reynolds has an estimated net worth of $100 million. He was the second-highest-paid star of 2020, according to Forbes.

It is also reported that Ryan also earned $20 million each from Netflix’s Red Notice and Six Underground. Also, Ryan has another movie with the streaming platform for 2020.

Before-tax, Ryan Reynolds was estimated to have a net worth of $71.5 million last year. He was also an owner of a gin brand called Aviation American, which was bought by Diageo in August 2020.

RELATED: How Did Eminem Became The Rap King?

He was raised Catholic, and he grew up in the Kitsilano neighborhood, Vancouver. Ryan Reynolds graduated from Kitsilano Secondary School in 1994.

He began his career in 1991 when Ryan was still a high school student. Ryan landed the starring role of Billy Simpson in the Canadian tv show Hillside, which was collaborated by Nickelodeon with the title of Fifteen.

After the show ended in 1993, Ryan then had a recurring role in The Odyssey. At that time, he also appeared in an episode of X-Files 1996 and Cold Blood 1996.

He also appeared in the tv movie called Sabrina The Teenage Witch in 1996. In 1998 he appeared in a tv show called Two Guys, A Girl, and a Pizza Place for a four-season show.

After that, he went on to lead roles in numerous movies. Moreover, Ryan is one of the few stars in the world to headline movies based on both DC and Marvel characters.

In 2016, Ryan received a star on the Hollywood Walk of Fame for Motion Pictures. In 2017, Ryan Reynolds won the Saturn Award for the Best Actor for Deadpool and the People’s Choice Award for the favorite film actor.

Reynolds was also nominated for the Golden Globe Award in 2017 for the Best Performance.

RELATED: How Much Kanye West Earns?

Ryan began dating his Green Lantern co-star Blake Lively in October 2011. They got married in September 2012, and now they have three daughters. In 2018, Ryan Reynolds became an American citizen.

As for real estate, Blake Lively and Ryan Reynolds bought a home in Westchester County, New York, in 2012 for $6 million. This property covers 11.65 acres, and the home is nearly 9,000 square feet. Ryan Reynolds also owns a house in Los Angeles.

Well, after the success of the Deadpool movie, Ryan is in the category of stars who earns $20 million upfront to star in the film. For the Michael Bay film 6 Underground, he was paid $27 million.