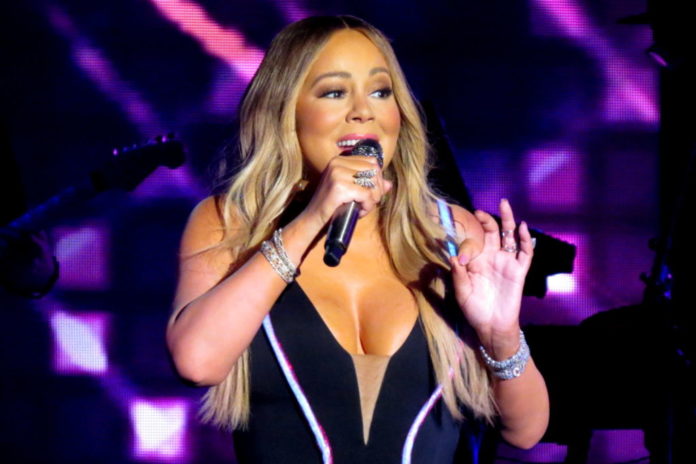 The music industry has seen a lot many pop stars and hit songs over the years. However, some people remain classic at all times. One such female artist is Mariah Carey. If you want to know about Mariah Carey’s net worth, childhood, success story, and personal life, keep reading this post.

Mariah Carey is an American singer, record producer, songwriter, entrepreneur, and actress with a net worth of $320 million. She is among the 15 best-selling musical artists, having sold more than 200 million albums all over the world. Also, she is the second best-selling female singer after Madonna. Carey has more #1 song as compared to any other female producer/writer in US history. Mariah Carey is the proud winner of 10 AMAs, 5 Grammys, and 15 Billboard Music Awards.

Read More- Who Is The Richest Celebrity Couple In The World?

Mariah Carey was born in Huntington, New York, on March 27, 1970. She is Afro-Venezuelan, African-American, and of Irish descent. Her grandfather changed the last name to “Carey” from Nunez upon moving to New York. Carey’s mother was a vocal coach and one-time Opera singer. She was three years old when her parents separated.

Mariah always showed a keen interest in music and arts. She started to write early songs and poems while studying in Harborfields High School of Greenlawn, New York. This is where she befriended Ben Margulies and Gavin Christopher, with whom she started to compose full songs, music, and lyrics. Carey graduated highschool in 1987 and started living in New York to continue working with Ben and Gavin on full-length demos.

Soon teh demo made its way to Brenda K. Starr, a pop singer. She continued to pass on this demo to other famous people in town and brought Mariah to many of the industry galas. In one of the galas, the demo tape was given to Tommy Mottola, who was the head of Columbia Records. On his way home, he listened to the tape and was soon convinced that Mariah Crey would soon become a superstar.

It took Tommy two weeks to track her down, and he instantly signed Carey to record a deal with Columbia Records and assembled a team to start her commercial debut.

Mariah Carey’s first self-titled debut was released on June 12, 1990. Columbia Records spent $1 million to promote the records. Initially, the sales were slow, but eventually, the album was certified as 9X platinum in the US by selling more than 15 million copies worldwide. The album was number one on Billboards and also won Grammy for the Best New Artist and Best Female Pop Vocal Performance.

The next album of Mariah was launched in 1991 named “Emotions,” which was also a huge success. The third album of Carey, “Music Box,” launched in 1993, took her career to new heights. The record spent 128 weeks as a hit on Billboard and sold 28 million copies worldwide. This is one of the best-selling albums in the history of all time.

All I Want for Christmas Royalties

The Christmas album of Mariah is popular for one of the featuring songs, “All I Want For Christmas Is You.” This song became one of the most profitable and best-selling songs of all time, with more than 16 million global sales and still counting. The song has been featured in numerous Christmas movies and is a massive hit during Pandora and Spotify’s holidays. It took only 15 minutes to write this song and generates $600,00 per year as royalties for producer Walter and Mariah. To date, the gross royalties generated by the song is $60 million. The career success of Mariah Carey with Colombian Records is one of the biggest contributors to her net worth.

Mariah Carey left Columbia Records in April 2001 and signed a $100 million deal for five albums with Virgin Music. This equals $150 million today. This was the biggest contract ever made in the history of the music industry at that time.

Her first album with Virgin Music was “Glitter,” which was released on August 18, 2001. This album was also a soundtrack for a semi-autobiography movie of Mariah with the same name. Unfortunately, both the film and movie were released on September 21, after ten days of the 9/11 attack. This movie is one of the biggest box-office record breakers of all time.

Before the movie’s release, Mariah was hospitalized for extreme exhaustion and underwent emotional and physical breakdown. The album sold 3 million copies. However, this cast a disaster for Virgin and Mariah’s newly signed contract of $100 million.

Virgin Music even paid $28 million to Mariah for ending the contract early. After all, this was over; Mariah was paid $50 million to0 produce one music album for Virgin Music.

Mariah Carey signed a $24 million deal of five-records with Island Records. The albums sold decently well, with one biggest hit, 2005’s “The Emancipation of Mimi,” selling 10 million copies all over the world.

She also released an album under Island Records and later in 2015 signed a deal with Epic Records, where she still remains. Crey earned $18 million to make an appearance on American Idol in 2012.

In 2015 Carey signed a $30 million contract for a two-year lease of Las Vegas residency at Caesars Palace. This move helped her become one of the industry’s highest-earning women, with a $27 million earning in total.

Although this is a very controversial topic, despite what other sites claim about Mariah Carey’s net worth of $520 million, it’s wrong. In 2015 as a divorce proceeding, her legal filings presented Mariah’s Carey’s net worth as $150 million. According to reports in 2008, Nick had a net worth of less than $500,000 at that time. In 2014 Mariah Carey’s net worth was reported to be $6.3 million in the fillings while Nick’s was $2.7 million. As a divorce settlement, Nick was entitled to a 2012 Ferrari and was made to pay $5000 per month for the caretaking of the twins.

Read More- Net Worth Of Cynthia Bailey, The Real Housewife of Atlanta

Let’s take a look at some of the popular quotes by Mariah Carey:

“I know you’re shining down on me from Heaven, like so many friends we’ve lost along the way. And I know eventually we’ll be together, one sweet day.”

“If critics have problems with my personal life, it’s their problem. Anybody with half a brain would realize that it’s the charts that count.”

“When you love someone so deeply they become your life, it’s easy to succumb overwhelming fears inside. Blindly I imagined I could keep you under a glass. Now I understand to hold you I must open my hand and watch you rise.”

I think certain people like to torture me because they think I’ve had it easier than I actually have and they think: ‘Oh, she’s got this, she’s got that, she’s always had everything perfect,’ and it’s sooo not true.

I’ve been blessed to live my dream more than half my life, so I want help give that back to someone else.

I definitely feel more complete than before. There’s a void you have when you don’t feel you’ve found the other part of who you are, so I’m in a different place now and that’s nice to experience.

A lot of people are singing about how screwed up the world is, and I don’t think that everybody wants to hear about that all the time.

I work myself into the ground. But I think I’m a nice friend and a good person, and I try to do my work as best I can.

I do not think I reinvent myself. Wearing my hair differently or changing my style of dress is playing dress-up. I don’t take it too seriously.

Being biracial is so much a part of who I am that it’s almost, ‘Let it go already.’ It’s intrinsic to me. I think a lot of my fans relate to me because they felt different.

Stardom is a magical yet freakish situation at times. It’s a cliche but very true that at times, you feel so alone, even when you’re surrounded by so many people.

Mariah Carey boasts a net worth of $320 million. Known as one of the second best-selling female artists and counted among the 15 top artists overall, Crey is truly a musical gem.

She has earned hundreds of million dollars in her entire career from royalties and record contracts. Additional tens of millions of earnings come from her media appearances, private performances, and Las Vegas residences.