Home Celebrities What Is The Total Nas Net Worth?
Twitter
Tumblr
Email 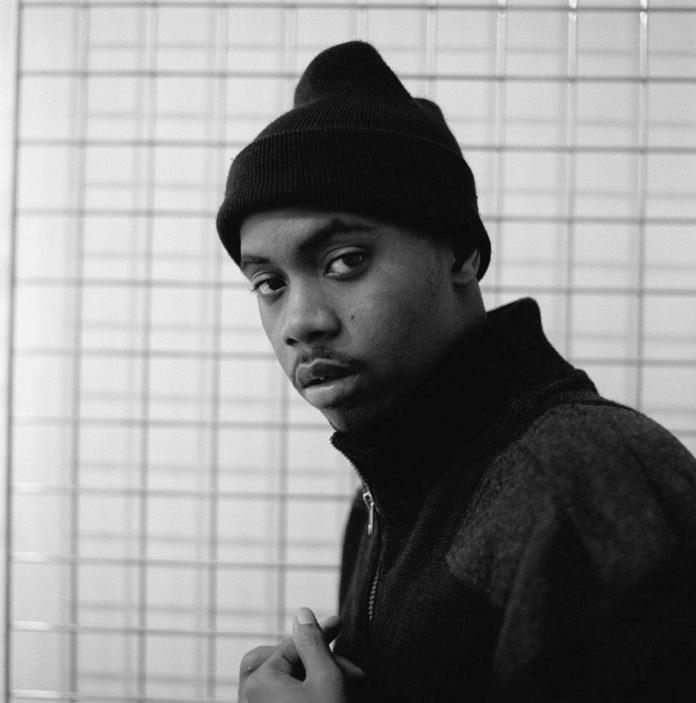 Nas is an American songwriter, rapper, entrepreneur, actor, and investor with a total $70 million net worth. Do you know Nas has gained popularity as an international hip-hop artist? His debut album “Illmatic,” released in 1994, is regarded as the greatest music album in the history of hip-hop.

For a few years, Nas has become popular for his wealth and as a venture investor. Nas has made plenty of successful early investments in technology companies. Some of his early investments are in Coinbase, Dropbox, Genius, Lyft, and Pluto TV.

Read More- How Did Offset Get So Rich?

Nas was born Nasir Bin Olu Dara Jones on September 14, 1973, in Brooklyn. His parents were Fannie Ann(mom) and Olu Dara (dad). Nas’s dad worked as a Jazz and blues musician, and mom worked in U.S. Postal Service. Nas also has a brother named Jabari, who is a rapper popular with the name “Jungle.” Jabari is a hip-hop artist of the Bravehearts group.

When Nas was four years old, he started playing the trumpet. By the time he turned nine years old, he had discovered a new rap genre. Sadly in 1985, his parents got a divorce, and Nas dropped school after completing eighth grade.

In 1991, Nas did a performance on one of the Main Sources, “Live at the Barbeque.” He signed a record deal with the popular Columbia Records, with the help of his then-manager named MC Serch mid-1992.

Nas’s first solo debut was on the single “Halftime” with MC Serch soundtrack. This song was one of the soundtracks of the film Zebrahead. His extraordinary rhyming skills gained him popularity in the hip-hop community. Nas’s first debut album was released in 1994, “Illmatic.” There were several singles in Illmatic, including “One Love,” “It Ain’t Hard To Tell,” and “The World Is Yours.”

The source awarded Illmatic as the best album of 1994. Nas’s second album was released in 1996, “It Was Written.” Two of the singles, “Street Dreams” and “If I ruled The World,” were a great hit. It Was Written album also featured the debut of the “Firm.” The firm is a supergroup made by Foxy Brown, Nas, AZ, and Cormega in 1996.

The Firm signed a record deal with Dr. Dre’s Aftermath label, and they started working on the first debut album. Halfway through album recording, Cormega was fired from the group and was replaced by Nature. The supergroup released the album in 1997 and received mixed reviews. Although the album was titled platinum, it did not do well, and soon after, The Firm was disbanded.

Nas then went on to release nine new albums:

Nas was also nominated for 13 Grammy Awards and six MTV Music Video Awards. He also won one out of three nominations for the BET Awards. Nas did a collaboration with Lin Manuel Miranda in November 2016 for the song “Wrote My Way out.” This song is on The Hamilton Mixtape.

Nas has a successful career as a professional rapper, and it made a major contribution to his net worth.

Read More- Mariah Carey Net Worth, The Queen Of Music

Over the past few years, Nas has developed a keen interest in emerging technologies. This keen interest and his regular investment played a big role in total Nas net worth.

Nas was the co-founder of Queensbridge Venture Partners, which is a Venture Capital firm.

Queensbridge, over the years, made dozens of investments, and some of those have now increased dramatically in their value. The average investment of the Firm ranges between $100,000 to $500,000. The fund receives more than 100 pitches every month from emerging firms seeking to get capital.

Here are the names of some of the biggest investments made by Queensbridge:

Queensbridge also had a small share in the equity of Ring when it was purchased by Amazon for $1.1 billion in 2018. Queensbridge has made $40 million for the stakes in Pill Pack and Ring after Amazon acquired it. Viacom acquired Pluto Tv in 2019 for $340 million.

Queensbridge invested in Coinbase in 2013 for its Series B round, raising $25 million at the total $143 million valuations. By April 2021, Coinbase IPO’d, and QueensBridge’s investment was worth $35 million to $100 million.

Nas is also a partner in Sweet Chick, a chicken and waffle restaurant. John Seymour opened their first location in 2013. Sweet Chick was a southern restaurant with hip hop flavors, and as soon as Nas walked into it, he knew he wanted to be involved in this. Now Sweet Chick has several locations throughout New York like Manhattan, Brooklyn, and Queens as well as in London and Los Angeles.

Naas became the father to a daughter on June 15, 1994, named Destiny. Destiny’s mother, Carmen Bryan, was Nas’s ex-fiancee. Later, Carmen admitted that she was having an affair with Jay-Z Nas’s rival.

Later Nas dated Mary J. Blige briefly. In 2002 Nas’s mother passed away. Mas got married to Kelin, a singer in Atlanta, in 20015, after two years of dating. In 2009 they filed for divorce for irreconcilable differences when she was still seven months pregnant. Kelis and son have a son together named Knight, born on July 21, 2009. Their divorce was finalized on May 21, 2010.

Kelis blamed Nas for being abusive mentally and physically during their course of the marriage. Nas accused Kelis publically for subjecting him to verbal abuse and hostile behavior. And even making violent physical attacks. Kelis is now remarried and has a second son for his marriage.

Internal Revenue Service filed a federal tax lien on Nas for more than $2.5 million in 2009. They stated that Nas had had unpaid taxes since 2006. By 2011 Nas’s tax debt increased to $6.4 million. IRS filed papers to take a part of Nas’s earnings in 2012 until he paid his tax bill.

In 2002, Nas and Kelis bought a house in Los Angeles by paying $1.6 million. This house is spread over 3,207 square feet and was built in 1947. It has three bathrooms and four bedrooms.

Here are some of the popular Nas quotes to give you a daily dose of inspiration.

Working with great people makes you great; you learn a lot and it also gives you the experience and confidence to move on with your own career.

I want to have fun. It’s a beautiful life. You learn, you win, you lose, but you get up.

Your look reflects what’s happening in your mind. You gotta have some swag to you.

The flaws, the mistakes I make – that’s the real me.

I don’t go out unless I’m working. My quality time is when I’m doing nothing.

I’m just a little me, an American who wants to see his country do better.

Once you make it to your point of making it, you’ll appreciate the struggle.

Some people say I’m conscious, some say I’m a gangsta rapper – it’s just me doing me. I’m stomping in my own lane. I’m doing what I do.