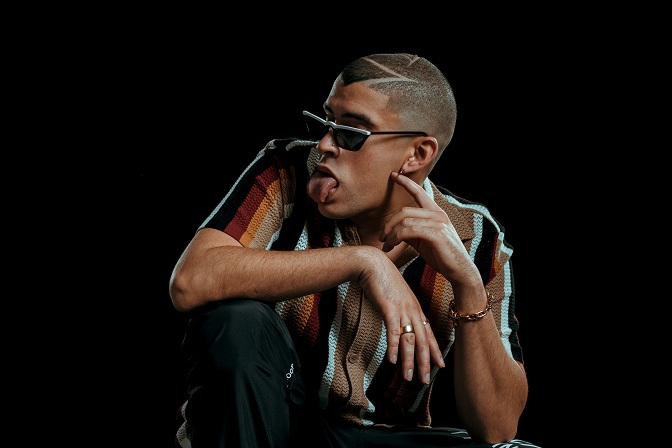 Bad Bunny is a famous Puerto Rican rapper, songwriter, and singer with a net worth of $16 million. He has experienced astounding fame in a very short time. Bad Bunny was the most-streamed artist worldwide in 2020, and his songs have streamed a total of 8 billion times.

Bad Bunny is typically classified as reggaeton or “Latin Rap” and also ventures into sub-genres such as bachata, rock, and soul. He is famous for his unique style and slurred vocal delivery. After gaining massive popularity on SoundCloud in Puerto Rico, he signed a record deal to release the breakthrough track “Soy Peor.”

Bad Bunny became even more famous after collaborating with Cardi B and Drake on tracks like “Mia” and “I Like It.” These tracks topped the billboard charts and bought Bad Bunny into the limelight. This fame set the stage for him to release a debut album in 2018, “X 100pre”. He then did a collaboration with J Balvin for another album, “Oasis,” which gave several smash hit songs.

In 2020 Bad Bunny became the most popular artist worldwide. He also performed a half-time show at the Super Bowl and was featured on the magazine cover of “Rolling Stone.” This gave Bad Bunny an amazing opportunity to release a second album in 2020, “YHLQMDLG.” Bad Bunny released a compilation of albums along with a third debut album, “El Último Tour De Mundo,” by the end of 2020.

His third album made history by becoming the first-ever Spanish-language album to come on top of the U.S. Billboard 200. Bad Bunny’s number one single, “Dakini,” made the album popular.

Now that you have an idea about Bad Bunny net worth, let’s get to know him a little more.

Bad Bunny was born as Benito Antonio Martinez in Almirante Sur Barrio, Vega Baja, Puerto Rico, on 10 March 1994. His mother used to play ballads, salsa, and merengue while he was growing up; Benito was raised alongside two brothers and stated that he preferred staying at home with family rather than on the streets.

Bad Bunny grew up in a very strict Catholic house and used to sing choir till the age of 13. He stopped singing at the choir and became truly inspired by Daddy Yankee. He started performing in front of his friends at school. When he adopted his stage name “Bad Bunny” because of his childhood photo wearing a bunny outfit with an angry facial expression.

Benito was a very shy student as a growing kid and created many freestyle raps performing in front of his friends. He became passionate about professional wrestling and skateboarding during this time period. Bad Bunny wanted to pursue music after graduation, and he left high school to join the University of Puerto Rico to study audiovisual communication.

Bad Bunny started working as a bagger at a grocery store in 2016 while studying at University and kept on releasing music on SoundCloud. DJ Lucian noticed his song “Diles” and signed him to record label “Hear This Music.”

Later Bad Bunny collaborated with the production team “Mambo Kingz,” who were shaken by the unique sound and dressing style of Bunny.

Over the next few years, he released successful songs that topped the Latin charts. These songs got millions of views on Youtube and streaming numbers. Eventually, Bad Bunny became the hottest artist in the Latin American trap scene. Songs like “Ahora Me Llama,” “Krippy Kush,” and “Soy Peor” helped him succeed as a mainstream artist.

He signed new contracts in 2017 and also made several appearances on television. Bad Bunny did major collaborations with Latin music artists like Prince Royce, J Balvin, and Ozuna. He did his first crossover in English-language music in 2018 with “I Like It.” This track featured Bunny and Cardi B raps in Spanglish, English, and Spanish. “I Like It” became his first single to top charts, and this led to another collaboration with Drake for “Mia.”

Bad Bunny released his first studio album in 2018, shortly after the release of Hear This Music. He signed with Rimas Entertainment, which prevented him from releasing new albums because earlier record labels were not contributing enough. “X 100pre” album by Bad Bunny received a lot of love, and later, he spent a major part of the year touring. This album release was followed by “Oasis” in collaboration with J Balvin in 2019.

He also performed at one of the most famous festivals in the U.S.A. “Coachella.” In 2020 after making an appearance in the Super Bowl, Bad Bunny released “YHLQMDLG” an acronym for “Yo Hago lo que me da la gana.” critics loved him for his versatility, but this was not it. Bad Bunny took his fans by surprise with the release of the third album. During the Covid-19 crisis, Bad Bunny also released music with the themes of quarantine, isolation, and anxiety. Up till now, music is the sole contributor to Bad Bunny net worth.

Bad Bunny and Gabriela Berlingeri met for the first time in a restaurant in 2017. They started dating, and after a few years, Gabriela soon started to get closely involved with his professional development and musicals.

Gabriela helped Bunny to record the song “Te Guste” by singing scratch vocals. In a statement Bad Bunny said that Berlingeri offers him good emotional support when he needs it the most.

Bad Bunny has brought Latin trap and reggaeton to a whole new level and introduced them to global audiences. Check out some of the famous Bad Bunny quotes to get an insight into his passion for music and love for Puerto Rico.

. “I think it’s important as an artist to never forget where you’re from.”

“You don’t have the same mentality as you did five years ago – even one year. People are always changing, and I believe that everyone deserves the space to change and for people to recognize their change.”

“Everyone has been in love, at some point or another.”

“What keeps me motivated is love and passion.”

“I think that by staying true to myself and making music from my heart, the blessings come.”

“I don’t want to be fake. I’m just being me. And I have the power to break stereotypes and whatever useless rules that society puts on us.”

“I only act from my heart.”

“If I have a platform and a voice, I should use it for my people.”

“A good song never gets old.”

“A lot of artists fail when they try to act, and they flop. So when I get into acting, it’s going to be to do it well, something good, something of quality. I want people to say, ‘Wow, that movie’ – or that show or whatever – ‘turned out really well.'”

“Music has the power to inspire the world.”

“When I came into this industry, I was never afraid to be myself.”

“When I write, it’s like choosing which shoes I’m going to put on. More often than not, my lyrics are personal – but I sometimes have to put myself in other people’s shoes.”

“I work hard to be able to set myself apart from everything else that’s going on in the trap genre.”

“The fame isn’t important to me. It’s a blessing to have. Having so many people that support me, that love me and listen to my music, is beautiful.”

“My goal in music is to create nostalgic moments.”

“Music is something no one can control.”

“Everyone has their style, and your style explains a lot about who you are – you feel me? I’ve had style since childhood, so I like to dress how I feel. But maybe I get carried away by some trends.”

“Be proud to be Latino and never lose that pride!”

“The only difference between Benito and Bad Bunny is 16 million followers on Instagram. And the money that Bad Bunny has in the bank. Benito had, like, $7. The numbers are different, but I’m still the same. Even my insecurities remain the same.”

“If a small-town boy like me who bagged groceries was able to make his dreams come true, you can too.”

“I’ll live in Puerto Rico until the day I die.”

“Being a Puerto Rican artist, I support all kinds of projects that are developed on my beautiful island that in some way or another put our Puerto Rican flag up.”

“In Puerto Rico, we dance to everything.”

“Puerto Rico’s relationship with music is everything. It’s an island full of talent, and if you grow up there, you grow up living and breathing music.”